Uber-Fast, Except When Absolutely Necessary

Submitted for Contest #23 in response to: Write a short story about people stuck in traffic during a blizzard. There's nothing much to do but wait, and talk...... view prompt

“Demmit. Well, I was already going to miss the flight.”

The driver turned to look at the businessman engrossed in his laptop. “Come on, man. We’ve got twenty miles in this crappy weather, an average speed of two M-P-H, and here you sit not tellin’ me anything.”

The driver turned back to the wheel and tapped out Oh Maybellene, why can’t you be true?/You’ve started back doing the things you used to do…

“Please stop it,” the businessman said after a few stanzas. “My nerves are already thin.”

There was a moment of peace in the car as a swirl of snow caught on the windshield wipers and clumped up in a dark mask of grainy white. The driver sighed, smiled, and slumped back into his seat.

“I’ll have you know, man, that this don’t usually happen.”

“Sittin’ in awful traffic like this. Ain’t normal. Usually we’re right on time.”

“We meaning your company, I presume?” the businessman said rather icily.

He turned to see if the other man found this interesting in the least. The businessman didn’t even look up. The driver sat back again peaceably and twiddled his thumbs.

“Yeah, always uber-fast. Quick as lightnin’, you know? Otherwise we lose our jobs!” He laughed longer than was reasonable with a joke like that.

“I’ve always wanted to go to the Caribbean, you know,” the driver said.

“Yup. Ever since my college roommate told me about his trip to the Bahamas.”

This made the businessman look up. “You went to college?”

“St. John’s College, in Maryland. Loved every second of it.”

“Then what’re you doing in a job like this?”

The driver waved his hand absently. “Bills, you know. Never got the job I needed straight outta college to pay loans. I got a low-payin’ one for a coupla years, enough to keep me alive and start payin’ off some of the loans, but not enough for comfort.”

“Then I married a woman wivout a degree, workin’ at the post office, an’ that helped a little. Now I’m tryin’ to save enough money to finish payin’ off my loans. Then I can get a better apartment an’ start finding a better job.”

“I like this one, though,” the driver said amicably. “I see all kinds of people in this car. Kings, queens, paupers, merchants…” he laughed again, a deep purple belly laugh that reverberated around the silken car.

The businessman leaned his head back and looked up at the grey ceiling. “I’ve never liked winter.”

“Oh, really?” said the driver with some surprise. “I’ve always loved it. That little fleeting glimpse of snow in early November is the best part of the year. And then the blizzards, the huge winter storms and dances,” he waved his arms around the car, gesturing to the storm outside. He shivered. “Just lovely! Perfect! Like heaven!”

“Hm,” said the businessman, though he didn’t go back to his laptop. Instead, he closed it with a sharp little slap that made the driver jump slightly. “Oh, sorry,”

“I really didn’t want to miss my flight,” the businessman said slowly.

The driver was silent. Then, “Not many people do.”

“I was… headed home,” he began quietly. “To… Canada. I live in Manitoba… with my wife and my son.”

“But… I was hoping to be home for New Year’s. I don’t think I’ll make it in time. Not that… it matters anymore.”

The driver was silent, listening patiently.

“I think… my wife wants to leave me. Or wants me to leave.”

“My poor son. Gentle little boy. Likes his books, his collection of chess pieces and survival gear that he never uses. I don’t want to… let him down.”

“Don’t worry,” the driver said as he started the car again and moved it forward a few feet. The car behind him honked. “Never worry.”

“You always suffer twice,” they said together, and then laughed.

“Yeah, my dad used to say that,” the driver said, turning off the car to conserve gas. “We were poor growing up.”

“Oh,” the businessman said rather stiffly.

“Yeah. My dad’s dead now and my mother’s living with me and my wife back in Stamsen,” he jerked his thumb south. “I got a kid, too. Stacey. She’s nine. Brightest little kid I’ve ever seen.”

“What do you think… I ought to tell my son, if my wife and I separate?”

The driver shrugged. “That you love him and will always love him and even not living together doesn’t mean you don’t love him. That you’ll try your hardest to always be understanding and loving and that you’ll never make it harder on him that it already is.”

“Thanks,” the businessman said.

“Of course,” the driver said, smiling a little. “So you’re headed to Canada, then?”

The driver snorted. “Hold it right there, buddy. When’s your flight leave?”

“That’s one hour. You won’t miss you flight.”

The driver started the car and spun the wheel. The car bounced off the highway and raced through the stiff snow thrown out of the way by slowly crawling cars. “Whoooa!” the businessman cried unexpectedly. The driver laughed. “Hey, I’ve driver Uber for years an’ years now. I’m Uber-fast.”

“Except when necessary?” the businessman laughed.

The driver laughed too. “Not me. Everyone else, sure. But me? Hey, you got a kid to go home to. You won’t miss your flight.”

The businessman held onto the back of the seat in front of him. “I sure hope not.”

They passed car after car, endured honks and shouts, and sped past the exit and back onto the tarmac. The wheels squealed and shrieked as the driver slammed on the brakes at the entrance to the airport.

“Thanks! Thank you so much!” the businessman shouted as he opened the door. He dashed out into the storm, letting in a sweep of snow that instantly began to melt onto the leather car seats.

“Yeah!” the driver shouted after him. The businessman waved again from the airport’s sliding doors and then disappeared. The driver grinned after him, waved, and then in a little grind, the car pulled away from the airport. The snow still swirled and slammed outside, howled and danced a blizzardy tantrum, but inside the airport, and inside a little lonely car on the way back to Stamsen, there was someone happy. 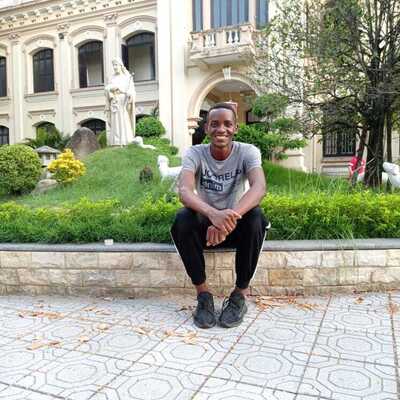 I wish some of the trains here were also uber-fast. Humble driver!

Drivers really do have the most interesting lives.

I agree! There's a line from a song: So I drive a taxi, and the traffic distracts me/from the strangers in my back seat/they remind me of you... And I had that in mind when I wrote this.

Nice. I liked how the business man became nicer to the driver after he learned the driver went to college.

Thank you. :) I wanted to show that the business man was kind of selfish and then opens up after the driver's nice and respectable and empathetic.