I used to come to this cabin with my Father and Sister when we were young. Father would teach us how to cut a hole in the ice that was just outside of the cabin. I could see the frozen lake from my bedroom window. Sister and I used to share the room and Father always took the couch. The cabin never had heating, but Father used to bring space heaters. Father would make us hot chocolate (he would have a coffee, always black) and then he would make sure we were in the window so when he would go back out to fish he could keep an eye on us. Sister and I used to play this game when we would get back from ice fishing

The game was called Sorry. We knew how to play but it got to the point where we would get bored so we made up our own rules. If one of us picked up a seven-card, instead of splitting between two pawns, we would switch between two turns. So if on SIster’s next turn she picked up an eleven, she would add the leftover spaces from her seven-card. We got so into our version that we started writing the new rules on the cards. When I came back to clean the cabin out with Father I took the game and later taught my children how to play our version of Sorry.

Sister and I never liked the ice fishing. We thought it was too cold and my fingers would always get numb, but it was our thing. It was our time with Father when he wasn’t working so he would cook us homemade meals and we didn’t have to worry about bullies at school or Sister’s drama (she was the more social one so she had more friends). Father eventually couldn’t afford the cabin anymore, and we hadn’t been in years at that point so he sold it, but the new owners let me come by every now and then to take a look at the lake. Father doesn’t come anymore, and I can’t say I blame him.

He was always so careful with us, and that is what hurts the most. He cared so much, and he still does, but we were too young and wanted to play tag. I remember the day so clearly, the sky was blue and the sun was out. It was one of the warmer days that winter but it was still cold enough to go fishing. Father was attempting to put a lure on his hook and Sister was tired of sitting so she hit me in the arm and yelled: “You’re it!”

I remember running after her but not being able to keep up. I was stumbling on the ice but Sister was sliding on in front of me, yelling and laughing. We got far away from Father and I could hear him telling us to be careful, but we were always careful. Sister had stopped running and she was trying to tell me something but it wasn’t until later that I knew she wanted to show me the soft clear spot on the ice she had found. I remember looking at her, yelling back to her. I remember turning my head to look at Father to make sure I could still see him. I remember looking back at Sister but finding that she was no longer there. I saw the hole in the ice, I could hear it falling apart, but I couldn’t hear her.

I yelled for Father, I screamed for him because I didn’t know what else to do. I remember him running towards me, asking what happened, where did Sister go. I remember pointing to the hole in the ice and Father searching around for something, a sign of life. I remember hearing Father calling for her. I remember the fire department getting to the cabin within minutes. I remember when they pulled her body out of the water. I have chosen to block the memory of what she looked like, but I remember the feeling of confusion and doubt, I thought I was dreaming.

I do not remember much from the funeral. I remember Father putting my hair in braids and finding me a  black dress to wear. I remember saying that I didn’t want to speak but I remember Father did. He said she was beautiful and kind, that it was cruel what had happened. She was so young, she would have done so many great things. I remember crying because it was true. Because I had lost my best friend.

I kept a picture of Sister with me at all times so I could always have her close. I let her know what I have been doing since she fell. I meet a nice boy in college and eventually got married. I have two beautiful boys of my own who are always told stories of their Aunty. I taught them how to play our games and I took the whole family to see the cabin and the lake one weekend when they were old enough to understand.

Father comes over every Sunday for dinner. I make sure to call him twice a week, just to talk. Sometimes I have to talk to someone who understands. He cries to me, not much but sometimes. He never went back to the cabin and I understand why. For me, it was a way to get closure, for him its the place he let his daughter drown.

I don’t take my boys on ice fishing trips. I take them to the beach instead every summer. I always preferred the beach to the ice. They like to play in the waves and build sandcastles, and they make up their own games but they’re about monsters and sharks. I can’t help but get nervous when they go too far out in the ocean, even though my husband is with them. Because I am a mother now and I can’t lose anyone else.

I have decided that I will visit the cabin one last time and say my goodbyes. This is where I lost  Sister, but she will always live on in my heart and in Father’s. So I take one last look around the cabin, through the window where we would play games, at our bedroom where we would share a bed and fight over the blankets. I look at the ice that I lost her to, and I leave a flower on the shore. I say goodbye to the cabin filled with memories. 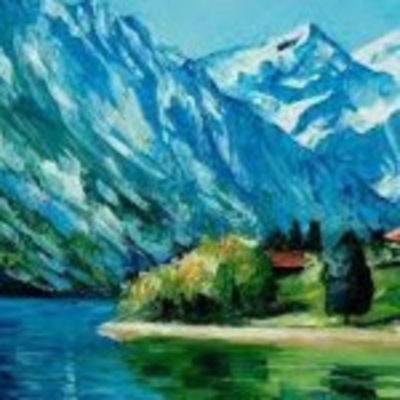 AMazing you are amazing

Very emotional! You are a great writer! Keep it up!

I love this story!