“Nothing is wrong.” His husband, Eric, hadn’t moved from his chair, one leg up as if this was normal, as if they were at home and he was about to do a crossword. “Calm down.”

“Something is definitely wrong,” he insisted. “It’s been hours.”

“But can’t births be hard on aging mothers?”

“Hey.” Julie’s husband piped up from the corner, his gruff voice tinged with humor. “My wife is not old, thank you.”

“And,” Eric added, “she’s in perfect health. She’s been checked every week; you know she’s alright. Everything is alright, my dear.”

It wasn’t alright. Jaime knew, even if the others couldn’t see it. It wasn’t right, not at all. He could sense something was wrong, it was in the air, it was in his skin, it was in the static he was creating as he paced back and forth.

“Can’t sit down, something’s gone wrong,” Jaime muttered. He could hear his heartbeat thrum in his ears and forehead. Was that normal? “If I sit down, I won’t be ready.”

“Jaime.” Eric stood and went to put his arm around Jaime, but Jaime shrugged it off.

Eric backed off, but Jaime didn’t stop pacing. His lungs had somehow become smaller in the last hour, and it was harder to take in breath, nevermind speak to his husband, explain that he hadn’t meant to throw off his arm like that. Nevertheless, he kept pacing, walking back and forth. He had to be ready. He had to be ready for this. Jaime’s head started to buzz—was his vision always like this, blurry and swaying? Something was going wrong, he could feel it. He was not okay, Julie was not okay, and their newborn daughter was definitely not going to be okay, and Jaime thought he would pass out if it were not for the sound of the door opening and the shock of being face to face with his father.

The air hung between them, as pregnant as Julie and just as heavy.

Frank Daniels said nothing, at first, just looked at his son, who was still half a moment from passing out.

Frank glanced at him, pursing his lips, and said nothing. He’d recently shaved, making the angular cut of his jaw as he clenched his teeth even more prominent. Frank said nothing, just glanced back and forth between the four other people in the room. His gaze finally landed on his son, who had found that he could no longer feel his hands and feet.

Jaime almost used the word ‘no’, but his tongue wouldn’t work. Instead, he gave a crisp nod, and followed his father out of the waiting room and into the hallway. Surprisingly, he didn’t stop there; Frank walked all the way outside the hospital, where the autumn air had become balmy after the hours.

“Sit,” he said, pointing at a bench, and Jaime quickly obliged. “Hands up, over your head. Open your lungs up.”

Jaime took a deep breath and immediately heaved, spewing a mixture of yesterday’s lasagna and this morning’s coffee all over the sidewalk outside the hospital.

“Sorry,” he croaked, wiping his mouth with the back of his hand, which he instantly regretted. Now his mouth and his hand were gross.

Once Jaime was done, he sat back up. “Sorry,” he repeated. “Gross.”

Frank snorted. “With that attitude, you are not ready to be a father.”

Another wave of anxiety swept through Jaime. His father was dead right. He wasn’t ready.

Frank did not seem to pick up on this. “You know, when you were about two, you got sick in the middle of the night. Lisa—she was only what, five or six at the time?—she heard you throwing up in your crib and went and got you so you didn’t choke to death on your own vomit.”

That was not, in Jaime’s opinion, a particularly good story for this time and place, but he politely said “You’ve never told me that before” instead of ‘who cares’.

“Of course not.” Frank laced his hands. “Because after that, after Lisa came and got us and told us you were throwing up, I lifted you from your crib to get you into a bath, and when you saw me you smiled and—” Frank swallowed. “I fell apart. I stood in front of the sink, washing the vomit off you, and I cried until I couldn’t anymore.”

Jaime had never imagined his tough, ex-military father crying over anything. “You… you cried? Why?”

“We didn’t hear you. You could have died that night, and I would have never been there for you. We could’ve lost you.”

Jaime looked at his dad out of the corner of his eye. Hearing that story, contrasted against the years of closeted pain, felt… wrong, as if this wasn’t his father at all.

“I never told you,” Frank continued, “because I was worried it would make you think I was soft.”

Jaime snorted. “Don’t worry. I definitely would never have thought that.”

“I know.” Frank looked down at his shoes. “Good to hear you’re feeling better.”

Jaime was about to ask what he meant, but then he realized he was breathing steadily and his head no longer buzzed with his own heartbeat. “Yeah. Thanks, I guess.”

“Don’t mention it.” Frank leaned back on the bench, his mouth a thin line. Sharing had apparently taken a lot out of him.

“Great day for a smoke.” Jaime had never seen his father last this long without a cigarette.

“Would be, yeah.” Several seconds passed before Frank said “I quit. Six months ago on Thursday.”

“Better for my health.”

“Yeah.” Jaime’s sister Chloe was a nurse—he wondered if she’d pressured him into it.

The silence was less dry, but no less awkward on the bench than it had been in the waiting room.

“You always did talk too much for a boy.” Frank popped his neck and didn’t answer the question.

The silence returned, and for a while, Jaime watched the birds flit from tree to tree. Maybe they came here every autumn, on their way South. Or maybe these birds weren’t migratory. Eric would know. His dad might too, Jaime remembered—he’d loved bird watching while he was stationed in Montana. That was something they had in common.

Jaime checked his watch—ten minutes had passed—and the panic started to return, filling his lungs before he could fully stammer out “I should probably go back in.”

“Why? You’re still panicking. This isn’t how you want to greet your child.” Frank had never acknowledged Jaime and Eric’s daughter before.

“Sit here until you’re done. The child won’t come for a little while.”

Jaime supposed he should trust his father on this—the man had six kids, after all. “They’re probably worried about me.”

“Of course they are.” Frank’s tone was disapproving. Jaime knew full well how his father felt about his panic attacks, and suddenly he was seventeen again, hiding letters in the shoebox under his bed and staying in the kitchen whenever the news was on. “Still.”

That, surprisingly, didn’t make Jaime feel any better. “I don’t know that. I don’t know if I’m ready.”

Frank rolled his eyes. “Of course you’re not ready.”

“Of course you’re not ready. Nobody is.” Frank used the edge of his sleeve to wipe the last bit of vomit off Jaime’s hand. “You’re never going to be completely ready. I wasn’t. Ever. Any time. Your mother would hand me a baby and I’d just be… blown away. When you were two, I almost lost you because I wasn’t ready for that... contingency and that… that made me cry. You were our fifth, and I wasn’t ready for you. And I wasn’t ready again, when you grew up and you weren’t like our other boys, and when you brought home… him…” Jaime tensed, as he always did when his father talked about Eric. “And I wasn’t ready when your mother told me I was going to be a grandfather again, to your little girl. I’ll never be ready enough.”

Jaime’s tongue was made of lead, but somehow he managed to pry it up. “Then how do you get through it? How do you manage, knowing that you can’t… you can’t prepare for any of this?”

The corner of Frank’s mouth twitched. “I’ll let you know when I find that out myself.”

“You try. You try your best to be your best. Sometimes you fail. Lots of times, you will fail. But then you learn. And you’re never done learning, Jaime. You’re never going to be done.”

Jaime almost cried, but he bit back the tears. “And it’s enough?”

Frank didn’t answer. “I’m sorry I didn’t go to your wedding. I saw the pictures. Eric’s brother did an amazing job on the decorations.”

A vein in Frank’s jaw popped out, but to his credit, he held his tongue. “I am still learning,” he repeated.

This time, when Jaime suggested they go inside, Frank agreed.

“Your mother is probably getting antsy.”

“She didn’t expect you to come.”

Frank stood up. “I didn’t expect me to come. But… I am learning. And I am sorry, that I wasn’t… I wasn’t what you needed, when you were growing up. I can’t go back in time and change it. But I can move forward. And I will try to learn what it means to be a… a good father to you.”

“Thanks, Dad.” Jaime stood up as well, looking disdainfully at the puddle of vomit that remained, staining the sidewalk.

“And I’ll be a good Papa to your little girl too. Someone’s gotta teach her how to throw.”

Jaime laughed and it turned into sobs.

“Sorry, sorry,” Jaime laugh-sobbed. He took a deep breath. “We can go in.”

Jaime stopped by the bathroom to wash his hands and mouth. When he came out, he was honestly rather surprised his father was still waiting for him.

“What are you going to name her?”

“Oh, uh. We were thinking Amoret. It means little love? It’s from Spenser’s The Faerie Queen.”

“We were also thinking Violetta after Eric’s Aunt Violet.”

“Hmm.” Frank didn’t seem to have an opinion for or against Violetta, which Jaime counted as a win.

When they reentered the waiting room, Frank began to walk towards his wife before pausing and looking at Eric. “Hazel and Jack couldn’t make it?”

“My—my parents?” Eric looked as shocked as Jaime felt that Frank was even talking to him. “They’re coming, their plane left at seven.”

“You’ve been crying,” Eric whispered to Jaime. “What did he say? Are you okay?” 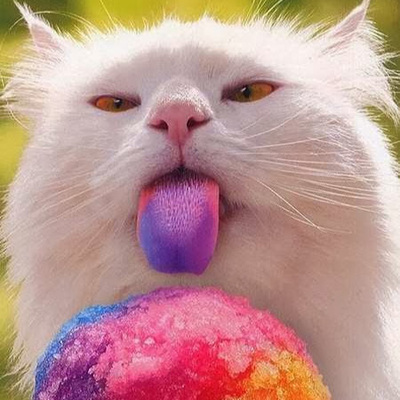 The intro of this spectacular story tells me of the character's mood and how anxious he is but then the first conversation stalls this momentarily. For a moment, I was terribly scared😀. But then I realized that this was what creativity actually looked like. Well done!

Thank you so much!!!