Jackson Williams sat in English just like he did every Wednesday. Literally. He was just sitting. He wasn’t actually there. Not mentally, at least. He was typically more attentive than his fellow classmates because he enjoyed learning the finer points of the English language. He often pictured himself as a mechanic, the classroom as his garage, and the assignments he got as vehicles and machines that needed fine-tuning. He’d pull out his grammatical toolbox and tweak and turn until each sentence hummed with precision and promise. And he did this well, thank you very much. But today was different. The hood was up on the vehicle, but Jackson stared at it blankly. It was unlike him, but his mind was elsewhere today.

There was a new girl in class.

This girl was easily the most beautiful girl that Jackson had ever seen. In fact, she was quite possibly the most beautiful person to have ever existed, in Jackson’s opinion. Cleopatra herself would have been envious of this girl’s long, brown hair, and soft, caring eyes. In fact, that’s what Jackson would call her; Cleopatra. It was a little dated, but he didn’t know her actual name. He hadn’t even spoken to her, truth be told. He had planned on it several times.

There was just one problem.

If Jackson was a master of the written English language, then he was horrendously inept at the spoken English language. Speaking to other people in any capacity turned Jackson’s insides into a knotted mass of fear and anxiety.

More often than not, the words that he was so skilled at utilizing on paper came out as a tangled and cluttered mess once they left his lips. Mentally, they ran together beautifully, with each word placed perfectly after the other, clicking down the tracks on time and as scheduled. But when they had to come out of his mouth rather than into a notebook, they weren’t so cleanly aligned. They became muddled and twisted in his throat; he could almost physically feel their mass clogging his airway. Jackson would stutter as perspiration would become painfully visible on the outside of his shirt. He imagined it as the anxiety he felt on the inside leaking out of him so that everyone on the outside could see how uncomfortable he was.

If the sweat and the words were to ever come out, they would be glaring evidence that he was, in fact, a loser. Stupid. Dumb. An idiot. His chest tightened at the very thought of it and his heart pounded harder against the constriction.

Was his chest actually tightening? His sternum felt like it was pressing his heart against his spine. Panic began to set in.

“Jackson, are you listening?”

This was new. Was he hallucinating?

“Jackson, can you please read the next paragraph?”

At that moment, Jackson became aware that he was actually still in class, and the voice that he was hearing was actually Mrs. Mandlebaum, his English teacher. Every person in the room, including Cleopatra, had now turned their attention to Jackson. Their eyes felt like nineteen pairs of tiny lasers boring into his skin. He could feel the laser's heat and his body temperature began to climb.

“I’m fine,” was all that Jackson’s panic-stricken mind could come up with.

“And we are all thrilled to hear that, Mr. Williams. Now, will you kindly read the next paragraph?”

Jackson realized that he had no idea where they were in the book. Was it page one hundred? Or one hundred and one? Did he even have the right book out?

“May I be excused?” Jackson managed to squeak out. The words were like cotton balls that seemed to dry out his mouth and leave it scratchy.

“I suppose. Don’t forget the bathroom pass,” replied Mrs. Mandlebaum, with a hint of exasperation in her voice.

Jackson stumbled from his desk and saw that his shirt was soaked with sweat. He heard snickers and giggles, or at least he thought that he did. He could never be sure. Was he imagining? Regardless, he left the room with an aggressive swiftness and made a beeline for the bathroom.

Once in the bathroom, he grabbed handfuls of paper towels and mopped up the sweat that now covered his stomach, chest, and back. After what felt like hours and what must have been two rolls of paper towels, Jackson made himself look in the mirror. He didn’t much like looking at himself in the mirror, though. He hated the way his hair looked, he was self-conscious about his height, and he hated the lingering baby fat that still clung to his awkward body. And now, on top of all that, his shirt was splotched with sweat.

What if they made fun of him?

People could be incredibly mean. They had as much propensity for cruelty as they did kindness and it seemed to Jackson that they usually chose the former.

What if no one actually liked him?

The question, despite his best efforts to avoid it, came back around on him like a boomerang. It wasn’t the first time that he had thought it and he made it a habit not to think too much on it. But this time he could feel the thought’s cold, bitter tendrils taking root in his brain and a harsh reality began to set in.

It wasn’t that Jackson was unlikable. Quite the opposite actually, but he was rarely able to see the good things in himself. And if Jackson didn’t even like himself, then how could he ever expect anyone else to like him?

In this moment, Jackson felt lonelier than he ever had in his life.

After a last, forlorn look in the mirror, he made himself turn to the door to go back to class. At that moment, another boy burst breathlessly through the bathroom door, almost knocking Jackson onto his back. The boy frantically ran to the furthest sink and gripped the sides so tightly that his knuckles turned a pasty white. Jackson noticed that the boy’s shirt was wet. He must have spilled something on himself, Jackson thought. The boy could feel Jackson staring and quickly turned his head the opposite way.

Feeling like he had to justify his presence in the bathroom, the boy quietly spoke, “I have….to give a presentation in class and…. sometimes I just get… nervous.” His voice was shaky and quiet; there was a slight hesitation in between some of the words.

The boy noticed Jackson staring at the wetness on his shirt. “I sweat…when I…get nervous,” the boy managed to squeak out.

Jackson looked at him warily. Was this boy making fun of Jackson? Jackson always assumed he was the only one that sweat when he got nervous. After all, his own shirt was still damp with nervous perspiration.

“Please don’t make fun of me.” Jackson tried to sound stern when he said this, but he noticed his voice had a slight quiver to it.

Looking shocked, the boy shot back, “I’m not making fun of you! I don’t even know you. It just happens, okay? I can’t help it. I get all hot and sweaty and sometimes I just feel like I have to…. get up and run away.” The boy hung his head, looking distressed, defeated, and drained all at once, as though the defense that he had offered for himself had taken whatever strength he had left.

Jackson studied the boy closely as he felt own defensiveness begin to wane. The cloudy lens that he normally saw himself through briefly cleared. He saw something and someone familiar with this new boy. He recognized that look of shame that came with feeling like he’d done something wrong or broken some unspoken rule for letting that his fear and anxiety overwhelm him. He recognized it because it had so often belonged to him. The guilty burden of feeling like it must have been his fault for simply feeling a certain way was usually plastered across Jackson’s own face. Yet here it was, on another boy; a heavy, invisible cloud that seemed to press in from all angles.

After a brief silence and a healthy dose of courage, Jackson finally spoke, “That happens to me too. My name is Jackson. Take these. I keep them in my backpack in case I can’t make it to a bathroom when I start to sweat.” Jackson fished out a handful of paper towels and held them out to the boy.

“Thank you,” the boy said. “My name is Cayde. I thought I was the only one that felt like this.”

Excellently done. I have heavy anxiety and I can say from experience you described what it's like perfectly. Great story, keep it up!

Well, please do that. That's an incredible dream. Mine, as a writer is to inspire and help. I have ADHD, Anxiety and Depression. Whenever I feel like everything is crumbling, I read. A good book, like sleeping, is a temporary cure for problems. And books can also inspire. That's what I want to do. 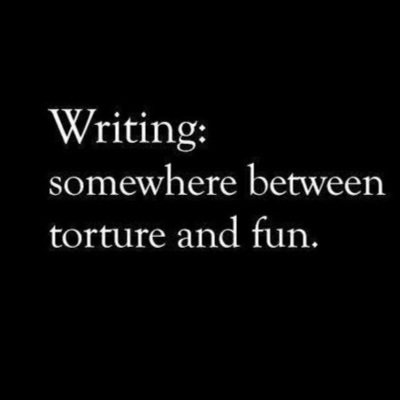 I really like this story. Your descriptions are so in depth and good. And due to the way my mind works, I love how you put everything in perfect sequential order, And the way you use the pauses in dialogue grasps how the characters are actually feeling. Great characterization. Sometimes it's hard to actually create characters that are likable and different, but you nailed it. -Jenna :)

Thank you, Jenna! I appreciate that feedback. This is the first time I have put any of my writing out there and I was terrified to post it. It's nice to get feedback of any kind!

No Problem I love reading other people's stories. You shouldn't be scared but trust me I know the feeling. Totally put your work out there, your very talented.