Submitted for Contest #19 in response to: Write a short story about someone watching a convincing infomercial. ... view prompt

An ant was crawling up his wrist. It must have gotten into the cereal at some point, perhaps while he was at work. Now it sought to escape via the hand buried in cornflakes, currently extracting and depositing fistfuls of expired cereal to one dry mouth.

Aaron was watching the telly. On-screen, the woman in the bathing suit seemed to watch him back. He looked away. At work, they said advertising was bad for your brain. They said it was a distortion in the free market, a destructive force. The dark lashes blinking up at him did not corroborate.

Or, perhaps, it did corroborate. It was difficult to tell. He leaned forward from his slump in the sofa, just slightly, squinting and searching the screen for a name, a telephone number, anything. But there was nothing. Only waves of crystalline water flicking against the shore, like mermaid tails.

He scoffed. He munched on another load of cornflakes. People tried too hard to be different, nowadays. All these Avant-Garde ads. Men like him were becoming a rarity, men who were content just being what they needed to be.

This brought him to the reason he was stuck here: fitness freaks. There was a whole, panting phalanx of them lined up outside his house. It was technically public ground, so they had the confidence of people protected by the law. Working out was something like warfare for them. They blasted music from speakers that were each the size of a fully-grown MMA fighter. They pounded the whole neighbourhood with their sound. Hence, Aaron decided to switch on the telly. He wasn’t getting any work done anyway.

A cleverer man might have gone to the local library and its soundproofed walls. Aaron did not see himself as being very clever.

He looked again to the woman on the beach and her lush eyelashes. They were fake, and he liked that. What must it be like to feel a row of hairs sliding in, reinforcing what was already there? He gulped around his cereal. Something strange and cottony seemed to be sliding around in his chest.

There was glitter there. Just a few specks. He wouldn’t have noticed, had it been a normal day, but as it was, he had to take his mind off of the clumping sneakers outside his door. She wore the golden hue well, probably by calculating the angle of the lighting, angling her bronze chin upwards, so it would hit the right spot. Or, just maybe, she felt her way through it. In the silence of the beating sea and her ambiguous breaths, words began to trickle in.

“It completely changed my life. I mean – it’s a dream come true!”

“Just called to tell you, I used to be really depressed, couldn’t get up in the morning. But ever since I tried this, every day is a summer vacation in the Maldives.”

“Love the concept. Love the aesthetic. Who could ask for anything more?”

He felt an eyebrow arch involuntarily. It wasn’t in good taste to say you could buy your dreams nowadays. The disembodied voices were coated with a layer of radio noise, probably to make them sound realistic – straight from the smartphone to your eardrums. He kept waiting for the beach-going woman to speak, but she never did. He remembered what a co-worker used to say about women in media, that they were exploited eye candy. Maybe he could see her point, now. Yet, at the same time, this particular lady transfixed him to the screen.

She was resting on a mat, eating. The piles of luggage behind her, pillowing her, left room for no one else. No one else was invited. He watched her take a sandwich to her mouth, chomp into it – and swallow. He tracked the direction of her gaze, to the sun bleeding out over too-blue waters. What must it be like, to be a lady alone on the beach? A breeze brushed against the camera, and it panned elsewhere, faded out.

With that, she was striding down the length of the shore, indulgent in purpose, savouring every determined step, portraying the woman on a mission. That mission was to reap all the pleasures of sand between the toes and a bikini – and then some.

Perhaps it was wrong. Perhaps it was wrong, but he was looking at his own feet, his chunky hairy feet. A choked laugh escaped him. It couldn’t be how they meant for him to take it. This had to be some kind of a travel agency. They expected men to want bikini girls, so they filled their commercial with them. It was business. Soulless. And yet . . .

How long had it been since he’d been to the seaside?

Chewing on a raisin, he watched the telephone number – that wasn’t there before? – swim up onto the bottom left corner of the screen. It was almost polite, unobtrusive. “CALL US, if you’d like.” Even the woman seemed direct and in his face next to this message, despite the fact that she seemed to be dozing off, resplendent, unbothered by anything.

The receiver grew sweaty in his palm. It was an awkward position, what with his other hand still in the cereal box, also sweating. What would he even say? He had never called one of these numbers in his life. That was all on account, of course, of needing to protect his brain from advertising, to pay off student loans, of needing to be rational, damn it.

Outside, the invaders completed another round of Tabata with a walloping holler.

Aaron dialled the number. Waited for someone to pick up.

It was about then that he realized he had no idea what the product actually was.

Sometime later, Anna took her hand out of the cereal box.

It was larger than she thought: blocky, even, and damp all over. A couple of stray cornflakes fell to the floor. She got up, dusted herself off, left the living room.

For a moment, she appreciated the delicate fragility of the cracks in the tiles below her. She had been long-legged before, but this was something else. This was a different, broader, sturdier frame; this was something of a developing beer gut, full, whole, completing inside her. All this she could feel, for a moment. Then, she grinned, she thought of a study she read as a child. Nearly 70% of the time, people prefer the taller candidate for office. Then she thought, and she thought, and she thought. Not once did she imagine she was going too quickly.

The man had a sharp suit locked up in his wardrobe, many years unused. This she pulled out, thought of taking it to the dry cleaners. Once she had changed – into a white shirt, slacks, big polished shoes – she was almost out the door.

On the TV screen, a bronze figure reclined on the shore, feet just barely dipping into shimmering puddles. She stopped to look at it, just to check. Seeing the business from the outside was strange. She canted her head to one side. She could see why so many people had agreed to this. He was beautiful.

Then she paused. Smiled to herself. Before leaving the house, she switched off the black box, and she unplugged the power, and she tossed the remote into the trash. 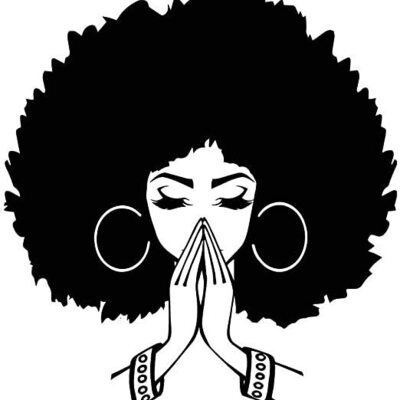 Wow! I did not see that one coming. Really nice!

Glad to hear you think so!