Submitted for Contest #19 in response to: Write a short story about someone based on their shopping list.... view prompt

Burrowed deep in Daehakno Seoul, Korea was eight-year-old Rea. It was noon time when Rea gained the courage to adventure across the streets. Crowding the street was a herd of business folk, taxi-cabs, busses, tourists and construction workers. Each had their own journey to adventure, whether it was going to work or finishing last-minute shopping. Rea counted herself amongst the shoppers. In the midst of the crowd was little Rea, adorned in pigtails and a baby blue dress. A light flicker of snow settled onto her golden locks. The bright-blonde girl frolicked across the street and into the busy crowd. Impatiently, she pushed against the flow. Numerous bypassers cast strange glances at her, but nothing more.

Rea was on a mission. This was her first time adventuring the streets alone, without the guidance of her father, Ryu Jung-Woo. Jung-Woo was a protective father, his eyes cautiously watching whichever way Rea went. But after one cursory glance, Rea was out the door.

As Rea reached her destination, her eyes beamed towards the illuminating sun. Written in pink font was 행복한 꿀벌 (Happy Bee). Next to the logo was a fat bumblebee and a bundle of daises. Rea had envied this store from her apartment window, but Jung-Woo was reluctant to take her. Finally at the doors of the store, she was thrilled to enter.

With enthusiasm, she pushed the doors open. Yet as she did, the door would not budge. She frowned, trying again with greater strength. Still no luck. Her eyes peeped into the window, where she saw a cashier approaching.

This cashier was a young Korean man dressed in a striped apron. Gently, he opened the door and waved Rea in. Happily, Rea skipped in. Her eyes scanned the store. The walls were adorned with tacky, cheap toys. Her eyes then glanced towards the end of the store, where a small assortment of refreshments were offered. She tilted her head.

Where were the bees?

As Rea stepped in, the cashier greeted in English, “Hello. Can I help you?”

The cashier chuckled uncomfortably. Almost every Korean Rea encounter immediately spoke English to her. It came to everyone’s surprise that Rea was fluent in Korean rather than English. In fact, her father would often boast she was the best student in her hagwon.

After embracing the awkwardness of the moment, he replied in Korean, “Sorry. We don’t sell bees.”

“Then why is it called Happy Bee?” asked Rea, tilting her head. Rea couldn’t help but be disappointed.

“You’re asking really good questions,” remarked the cashier, “I’m not sure. I can ask my manager if you’d like.”

She shook her head, “It’s alright. I’m just going to shop. Thank you.” Twirling around on her heels, she marched down the aisles. Her hands scurried into her pockets where she withdrew her list.

Her eyes looked to the poor quality toys. Its cheap quality didn’t faze her. She walked towards the toys, her eyes scanning for 행복 (happiness).

Rea wasn’t the most observant, especially as it came to Jung-Woo. However, whenever he would begin to chuckle, she could remember the pure joy in his face. His joy was infectious. Recently, however, Appa hadn’t been smiling as much. Rea couldn’t quite figure out why, but assumed that he was missing something. But the question remained: What makes Appa happy?

As her eyes scanned over the toys, she caught a glance at another father and his teenage son. The two of them were huddled in the corner, pointing at the collection of Legos. Rea tilted her head: Is that what Appas like? Legos?

Once the father and son left, she gently made her way towards the corner. The Legos were on the highest shelf. Standing on her tippy toes, Rea was amazed at the vast variety of Legos offered. Amazed, she couldn’t decide which one Appa would like most. It was, until her eyes met the largest kit. Sitting in the center of the table was a skyscrapper kit. She knew it was the one. That was, until she saw the price tag:

Out loud, she gasped. Her hands dug into her pockets, where she held a 10,000 won note. She sighed. None of the Legos were remotely in her price range. The only thing under 10,000 won was a miniature kit of N Seoul Tower. Hastily, she grabbed it and continued in her list.

This is easy! Who couldn’t love Appa?

Ryu Jung-Woo was a busy man, hastily wandering to and fro from job to job. He never had time for a wife. Yet as life would have, he now shared his one-room apartment with a rambunctious child. Jung-Woo wasn’t the most attractive bachelor alive, but to Rea, he was the best throughout the World.

Rea wandered from the toys and towards the grocery section. As she reached the frozen section, her eyes caught a glance of a young Korean woman. Being a child, Rea couldn’t quite tell this woman’s age. Whether she was 16 or 65, Rea was clueless. Yet, she approached. Gently, she tugged at the young woman’s sleeve.

When the young lady turned, she stammered in English, “Uh… Hi, yes? Are you lost?”

The young lady rose an eyebrow. She continued to respond in English, “Go on.”

“Well,” stammered the lady, in English, “That isn’t something you should say to a woman.” Rea couldn’t understand her, but still nodded.

When this woman realized that Rea could not speak English, she switched to Korean, “I am 26.”

“Great!” exclaimed Rea, beaming with glee, “Would you like to marry my Appa?”

“Oh.” Rea sulked away. This was harder than she thought.

Happy Bee was a relatively small shop. When Rea turned the corner again, she reached the end of the store. The young cashier nodded in her direction. Rea sighed, tears beginning to fill her eyes.

She had failed. How do I make Appa happy? How do I help him find love? How do I get him a job? She glanced back to the food. And where are the Cheerios?

Gentle specks of tears began to form in her eyes. Immediately, as she sniffled, the cashier noticed.

“Excuse me,” interrupted the cashier, “Can I help you?”

At first, Rea pulled away. Jung-Woo always taught her to stay away from strangers. The last thing Jung-Woo would want was for Rea to get hurt. At such a young age, Rea had already been through so much. Finally in a safe place, Jung-Woo would do anything to make sure that she was safe.

Yet as she shied away, the cashier exclaimed, “Oh, I’m so sorry. Don’t worry, I’m just wanting to help.”

Rea didn’t know what to say. Quietly, she walked towards the cashier. She passed the note towards him. She also placed the Lego kit at the table.

His eyes scanned the note. As he looked at it, his face grinned. Under his breath, he began to chuckle. Rea’s heart sank. As the cashier glanced towards Rea, he exclaimed, "Oh, no no! This is good, very good!"

She nodded. He chuckled.

"I'm a very lucky girl," replied Rea, "I wouldn't trade him for the World."

The cashier tilted his head. He asked, "What do you mean by that?"

Rea began to reminisce, tilting her head as she tried to recall her very first memories, "Jung-Woo was best friends with Daddy, when Jung-Woo went to Uni. Daddy and Mama were from San Francisco. But they died and..." She paused, glancing up to the cashier. The cashier's eyes were wide, his mouth gaping as she told her harrowing story.

She concluded, "Jung-Woo is my Appa now. He used to be the head baker of a local bakery, but he's a full-time Appa now. I know it's been hard. I've taken a lot from him: happiness, true love, job, and lot of Cheerios."

The cashier didn't know what to say. This child had stumbled into his store at the busiest time of the year. She was so transparent with him, more than any person he had met in his life! He took one last glance at his list.

"You don't owe him anything," replied the cashier, handing the list back. He spoke gently, "If his life was too perfect, he wouldn't have adopted you. I can't speak for him, but your presence has added so much to his life."

"But what about happiness? True love? He needs a job, it's been hard to find something good."

"You are his happiness. You are his true love. I'm sure that he will find a job. And if not," The cashier lent a piece of paper towards her. Scribbled onto the paper was a phone number, "Happy Bee's is always hiring."

"And just one more thing," The cashier then lifted his hands from the back of the counter. In his hands was a large bag of... 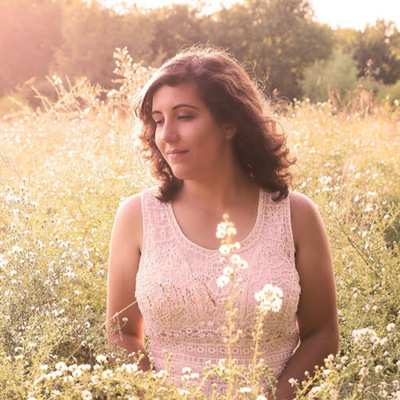 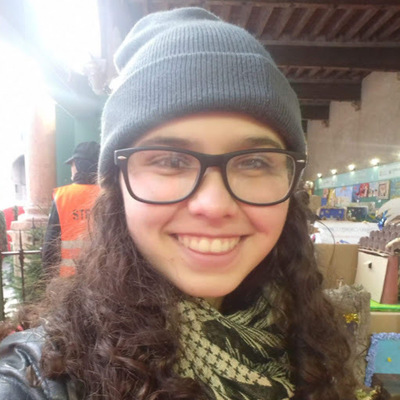 I smiled throughout the story, it's really touching.

Thank you! I appreciate it so much!! 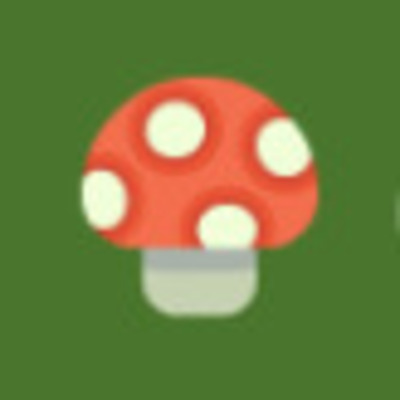 I love this story, simple and sweet!

Thanks so much! I appreciate it! ~