Submitted for Contest #17 in response to: Write a story about a family dinner that includes someone unexpected showing up.... view prompt

We had barely been at Aunt Beth’s house when my mom came into  the living room and told my father that we were leaving. I heard the doorbell ring but thought nothing of it after all family would be coming in and out all day long normally it wasn’t a big deal but whoever walked into the house my mom took an instant dislike to.

I heard her saying “If he is in this house I am not going to be” I never heard her use that tone before I was actually waiting to hear her cuss whoever it was in the dining room. I knew this family had massive secrets, it was as though everyone was living a lie.

“Tiffany, Don’t be like that”  my Aunt Beth said then I heard something from my mom I never thought I would hear.

“You are going to choose him over your family?” she sounded as if she was about to cry, I went to get up but my father told me to sit and let my mom figure it out.

“Tiffany, you need to grow up it happened years ago” a male said in a very condenscending tone.

“Oh really?” I knew she was about to flip instead she came into the living room, handed my father her keys and said “You need to drive I can’t” she was shaking and it made me angry.

“I demand to know what is going on” I heard the words coming from my mouth before I could think about it.

“Deanna, you are to youn to understand” Aunt Beth said her color high on her cheeks which she was either mad or drunk and since I only saw her have one drink it was evidant she was angry.

“Let me see” I stood looking at her and my mom neither one of them would look at the other even though a little while ago they were making a dead turkey dance around the kitchen. “The two of you were making a turkey twerk for god’s sake now neither of you will look at each other. Whoever rang the bell and is currently in the dining room has caused a serious rift between the two of you”

The both looked at me stunned as if they didn’t think I was old enough to understand anything. I may have only been 15 but I had seen more than they knew.  My cousins were currently between mates because they have carried on a civil conversation with my uncle. My dad’s parents will be coming later for dinner since my mom’s parents were here. It was normal behavior we normally had at least 3 meals each holiday.

“Why do you say that?” Aunt Beth said at the same time as my mom.

“You two used to be the best of friends, wherever you were,  Aunt beth wasn’t too far behind now we only see family on holidays and its not even the entire family. You see all the grandparents take turns while I get it everyone is divorced it still makes no sense why we just cant spend on day together or split the holidays up.  You and dad have had problems, dad has his own apartment while you stay at the house. On holidays you both stop the drama and he stays at the house as if you were a happy couple.” my mom gasped.

“Wait a minute, what do you mean? I think you are misunderstanding the situation”** she was pale as a ghost while my dad just smiled.

“Brian, do you know what Deanna is saying?” she went to stand near him as if having a united front.

“Deanna is not a child anymore, We need to respect her. Tell your daughter what is going on or I will,. It’s that easy” he was vary calm almost to so. I noticed he said “Tell your daughter”not our daughter. He started to pull away from me lately but it was okay I no longer needed daddy but it would have been nice to hear “My daughter’

“Really dad?” I decided to stick it to all of them “You think ignoring me is a way to respect me. I bet I can guess who it hiding in the dining room because you all think not telling me the truth is the right way?”  I straightened my shoulders knowing I was about to drop a bomb on the whole family but I was tired of the lies.

“Every year it gets worse, you all can lie to yourself but stop lying to me. I am aware I am not the child of those I have called mom and dad since I was born. You see I found the papers saying I was adopted about 3 years ago. I know Aunt Beth is my biological mom and the man who is my biological father is the one who is hiding in the kitchen.” I knew they were stunned but it was time they stopped lying.

“For years we have been going through the motions of living lies, do you really think I forgot the first 4 years of my life?   I was adopted when I was 4, the same year I was in the hospital because I almost drowned in the swimming pool because Aunt Beth was with someone other than her husband. “  they both sat down side by side. I heard the dining room door open but I didn’t care anymore.

“It doesn’t bother me at all,. I have had a good life but what I want to know is why?” I looked at the man I called dad for all these years “Is this why you hate me? Because you know I’m not yours and you never wanted a child to begin with?” he paled and looked crestfallen.

“You are the uninvited one but I guess you are part of this whole mess too”I didn’t spare him a look because I knew who he was it made me sick but it made sense. This entire family was a mess and I was just lucky enough to be at the ground floor of it exploding.

“So what shall I call you?” I finally turned and saw Aunt Beth’s boss standing there. Looking as shocked as the rest of them.  “I wonder if it should be dad or Sir as I have heard Aunt Beth calling you but then again maybe I won’t call you anything at all.”

“Deanna, you have no right to speak to us in such a way” My mom tried her tone with me but I looked at her.

“You are right from now I am the uninvited one,don’t worry you will not have to deal with me anymore” I walked towards the door and looked back only once. “I may not have been the best daughter but you are the ones who have lied to each other all these years why not try honesty for once” 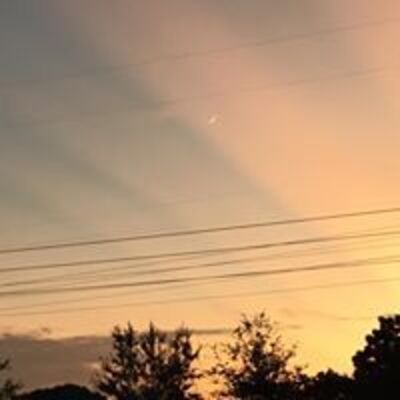