How We Lived Our Lives

“I still remember the first time I saw you. It in was second grade during recess. You were wearing a pink polka-dress with ladybug hair ties for your pigtails. You were in the sand box, making sandcastles with a red bucket for your sand princesses. It was adorable. I wanted you to notice me. So I stole your red bucket and you hated me for the rest of elementary school. We were so dumb and naive back then. I miss it.

“I was given a second chance back in Ms. Miller’s class in fifth grade. I was assigned next to you in the back row. I would occasionally glance at you, only to snap my head away whenever you looked over at me. Ms. Muller always yelled at me for not paying enough attention. I never minded that.

“Throughout all of middle school, I was just subconsciously drawn to you. I was drawn to your newly dyed pink hair, your sunny smile, your vanilla perfume. I was entranced by you.

“I even became a cheerleader for you. A male cheerleader in middle school. Boy, was that rough. But I couldn’t help myself. I just wanted to be near you. Every time we took the bus to a competition, I would always sit beside you. I even convinced all the other girls to leave an open seat beside you. They thought it was adorable.

“When the eighth grade talent show came around, I just wanted to impress you. I had decided to do a comedy act, something to make you laugh. And I was all set to perform it until about a week before the show, when you came up to me bawling your eyes out. Your best friend had just bailed on your dance routine and you had no one to perform with you. Instantly, I agreed to be your new partner and learned the routine you spent a month perfecting in one week. I’m pretty sure I was the only eight grader in the world that learned the salsa in a week. We didn’t win any prizes, but I was just happy to dance with you. After the show, I told you my comedy routine and you laughed and forgot about the whole thing. I loved seeing you smile.

“Then, we reached high school. We were always friends, casual acquaintances, but I think I wanted more than that. I doubt you even remember this, but back in Mr. Machi’s IB English class in senior year, I once dropped my pencil. You reached over and when you handed it back to me, our hands touched for just a second. My face immediately went red and I turned away. That was the moment I realized I was in love with you. I was always in love with you. Since the moment I saw you.

“Kind of late there, I know. I wasn’t that smart, but you made me want to be better.

“From there, I new I had to tell you. Before it was too late, before graduation and I never get to see you again. With the help of Buddy—you remember Buddy? My best friend at the time—I had created the biggest, most dramatic, way to ask you out.

“Here was the plan: during graduation, I had convinced the principal to let me give a speech even though I wasn’t one of the brightest students. During the speech, I planned to give a whole lecture about how high school was miserable and hell—like every student knows—but you made it worth it. Then I would ask you out in front of everyone and then the marching band was going to start playing when you said yes. I was so sure you were going to say yes. But you didn’t.

“I did! The day before graduation you asked me out and my jaw dropped to the floor. I was in awe that you liked me back with that sly smile on your lips and that cute way you play with your hair. I was in so much shock that I literally stood there for five minutes with my mouth gaped open.

“But you stuck around and waited for my answer which was—of course—a yes. That’s when we started dating.

“Unfortunately, we had applied to different colleges because you were going to be an English teacher and I was going to be an environmental engineer However, we tried to make the long distance work. We visited each other on weekends and called every day. I would write you love poems and mail them for that ‘traditional’ love feel. You would mail back a copy with corrections and big smiley faces over everything you loved about it—there were a lot of smiley faces. You always kept the originals. Your roommate was noisy so you hide them in a birch jewelry box I gave you for your birthday. You kept that box and those poems for the rest of your life. I kept the corrections and the smiley faces.

“Sophomore year of college rolled around and I couldn’t stand not being with you. As a surprise, I transferred to your college in September, but you were weren’t there. Instead, you had transferred to my college as a surprise. We both got a good laugh out of that one before deciding on a new college that was perfect for both of us.

“Senior year eventually came and went. It was time for graduation. I had decided that I wanted to ask you to marry me so we wouldn’t lose each other in the real world. I tried to convince the dean to let me give a speech at graduation to redo my original plan. I still thought it was a real winner and would be nostalgic, but he didn’t let me. Instead, I made a reservation at your restaurant in town and would do things the classic way.

“At graduation, I found out why the dean didn’t let me give a speech—because you had already asked him. First, you talked about college, that was the requirement. Then about me. How you joined cheerleading in middle school to gain my attention because all the boys loved the cheerleaders. You were ecstatic when I joined and asked all the other girls to leave the seat next to you open on every field  trip. Then, you made up some story about your friend leaving you in the talent show so you could perform with me. Next, in high school, you purposefully touched your hand to mine. You wanted me to notice you and thought I was as dense as a brick. Which is why you were the one to ask me out.

“And now you were there, on stage, completing my original plan. Even though you were proposing, you had this sly smile on your face, like you already knew my answer would be yes; because it was.

“We got married the following summer. A June wedding, like you always wanted. We both found jobs in our respective professions that we loved. We settled into this world together, finding out places at each other’s side. Until finally, we decided that we were ready to have kids.

“A pair of twins! They filled my heart with joy. We named the boy after your father and the girl after my mother. Together we watched them grow and we grew together. Like a symbiotic relationship between flowers and bees. I need your very presence for survival. And you told me you needed mine.

“You told me you loved me. And I loved you.

“There was nothing special about our love. There are over six thousand weddings every day in the United States alone with people who love each other like we do. But you made it special.

“Even now, staring at your grave, talking to you in the great beyond. Nothing has changed. I still love you. I will always love you. My one and only, Meredith.”

I stood up and gazed at the setting horizon. “I’ll see you again next Sunday.” 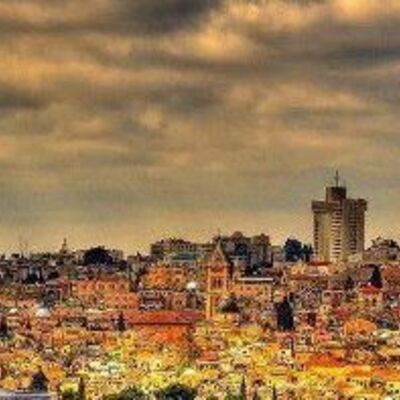 Amazing story! The ending was sad and surprised me a bit, but made the story even more spectacular.