It was a very cold night. Earlier in the day, Mr. Lance had wrapped himself in a frail-looking shawl and a poor piece suit as he made his way to the dock. The people at the dock were all busy, handling the day's activities, loading, and offloading goods. Too busy in fact that they had not noticed the man standing close to the edge of the river bank. They should have noticed he wasn't smiling as he watched the seagulls sway; chuckle as a little girl push past angry busy men. But the morning was unusually busy and the men were flowing with the tide so they hadn't taken note.

Two days ago in the comfort of his uncomfortable house, he had a dream. He had seen the face of himself half wittingly staring back at him and he'd woken up in the middle of the night shaking badly. He did not go back to sleep. And now it seemed that he'd not slept since then.

His eyes were itchy but his hands were clasped in front of him and his mind was too far away, watching the skies. On the far off horizon, the skies were the color of his faded suit: so dark with a hazy blue. But the men did not notice.

Lance used to work here, you see, back when he was still so young and free. He used to be paid so much money his little head could take and he'd been proud of his accomplishments. It hadn't hurt when his wife had asked for a divorce or when she won custody of their son. It hadn't hurt, still, when he had to pay for child support. He hadn't even noticed until he began to use his money for bottles of expensive rum and getting drunk in the middle of the day. He only noticed when his hands had begun to shake and his bosses had begun yelling.

And today he was here, standing at the edge of the riverbank, shaking vigorously.

Later when he would be alone he'd begin the procedure all over again. But for now, he remained silent.

An hour later he turned away from the sea and started walking home. He stopped at the park and settled on a chair overlooking a small pond. He was overly drawn to rivers today. He was hungry and tired and frustrated. But the people around him looked so happy and carefree.

"Hey there. It's beautiful here right?"

Lance turned to the sound. She was very pretty, he noticed, but he also noticed she looked pale. She looked even worse than he felt but there was a smile on her lips and there was a life born of hope in her eyes.

She pointed at the bench where he still sat. " Can I?"

He nodded. She sat. They were both quiet and except for her sharp breaths, they were fine.

"My name's Sam. It's short for Samantha but my friends call me Sam."

"It's so peaceful. I could stay here all my life. Look at the birds all singing happily. Doesn't it just make you want to drown in their lazy happiness?"

He said nothing. She looked at him. His face was blank, expressionless. She said, "you don't do random conversations do you?"

" I used to feel that way too, you know like I used to tell myself to hell with people. Sam hesitated but continued anyway. "Until the doctor said hey Sam I'm really sorry but the results came out. You're going to be dead in maybe a month..."

Lance turned to her, his attention spurred on by the careless way she said her predicament. There were tears shimmering in her eyes but the smile was still there, alive.

She said, "I didn't do too well with the news. I cried for days. My mom cried with me but I left home. I'm going to be dead in a week anyway."

She said nothing. And for a very long time, they remained silent. Then she said, "I wish to live a hundred years more, fall in love with someone, start a family. I wish for everything life has to offer. But I'm not about to bury my face in shame. I'm done hurting and crying myself to sleep. I'm all out of regrets.

I want happiness and I've got it. I'm happy because I've understood that I don't get to define the end by what science has to offer. Everyone's going to die anyway. The only difference is I know when. I can see the future."

They shared an awkward laugh, the joke wasn't even funny but the attempt was. Then he said, "I have lost a lot of things in life. I was going to die today but you've shown me something beautiful. Hope."

She smiled fully. He noticed the color of her hair and the way the light danced around her eyes. He reached over and squeezed her soft hands. She squeezed too. At that moment it felt like he'd known her all his life and he was contented.

"Do you want to grab dinner tonight. I know a place we can go to."

She said well of course.

The night was very cold when they held hands and walked into the restaurant. They ordered steaks and beer and danced in the crazy center of the room. And under the bright lights of a cheap restaurant, Sam kissed him softly. And he knew love as she melted in his arms.

It was a love so different from what he'd felt all his life. Love so new it stung. And helplessly he settled her in a warm embrace. 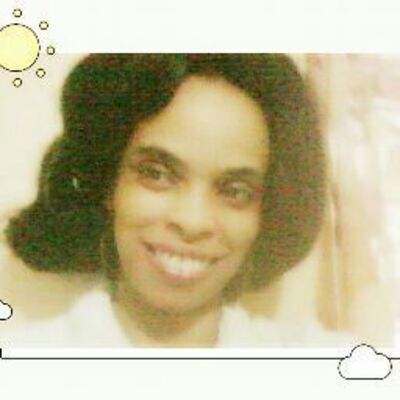