Sandwiches, I have decided, are the best thing to ever grace the planet. People have come to me from all over the world to tell me otherwise, but at the end of things, I will always win.

They (the sandwiches) are such a piece of beautiful soul mate that I have no desire to see other people. Unless, of course, they are the sandwich boy named after his great grandfather, Morris Cupcake.

Morris Cupcake is the only person alive I’ve ever wanted to see more than once. I live  and breathe sandwiches, so it only makes sense that Morris Cupcake the Sandwich Boy is the only agreeable person in the universe. He smells like deli meat and always, always has melted cheese and just above his left eye is a winding scratch from a time the knife slipped and jumped through his hands.d grease in his hair. His hands are slivered and rough with scars of making sandwiches for so long. From the very first time I saw him, I knew he was a strange, magnetic force.

But this all just makes me want to scoop up this delightful human and smell the deli meat impressioned in his blood until I’ve memorized it.  Alas, the sandwich boy Morris Cupcake sees me as merely another customer. While he, to my frail female mind, is the only cure to my ailing soul, it can be said quite frankly that I am but a speck of dusty old flesh that gives him money in exchange for sandwiches.

He can’t see the way I look at him. I don’t mean that I don’t want him to, I just mean that this Morris Cupcake is blind to my OBVIOUS affections. I've had these feelings, these brilliant, brilliant, thumping feelings, for him ever since I first met him, and he can't see how I look at him.

That may be because he’s engaged to this mucky blonde girl with a rear end the size of Memphis and a father’s paycheck that’s even bigger.

Her name is Libra Mela and she would look like a warthog if she weren’t basking in the glow of five plastic surgeries. How I loathe her! One day I will shoot her down from the sky and the clouds she thinks she rules.

Until then, I must continue my plans for Morris Cupcake.

It’s Thursday, and he always comes at five o’clock on Thursdays. He’ll be bringing me a chicken pepper sandwich today. I asked for extra chicken so I could imagine him and his strong sandwich boy arms snapping the heads off of a chicken. I almost hope he’ll still have a bit of chicken blood on him. If he does, then the only acceptable thing to do will be to invite him inside.

Then I shall offer him a cup of boiling tea. It will be so overwhelmingly romantic that he won’t be able to hold his true devotion to me inside his head any longer.

He’s knocking at the door and I stand up to run. I fling open the door and there he stands, not a speck of chicken blood to be seen. I say for him to wait just a moment and I know he will because I’m the one giving him money. I run to the backyard and spy a squirrel up on a small tree.

With the lightning fast instincts of a rabid wolf, I pluck the squirrel off the tree. It has no chance. It screams and falls limp. I can tell it is rabid, but that’s no matter. I’m immune to getting rabies, being rabid myself.

I carry it, still squirming wildly, back to Morris Cupcake. I open the door and swing the squirrel towards Morris, breaking its head upon his left arm. Blood of squirrel splatters all over his clothes and a bit of his face. He yells and throws his sandwich carrier on the ground, and then he tries to run away. But I stick to my plan!

I smile sweetheartedly and grab the arms of the sandwich boy, yanking him into the doorway. He’s still shocked from the squirrel blood, so he doesn’t complain too much when I throw him into the couch and sit across from him.

“You’ll have to change your clothes, you know.” I say, swinging my legs gallantly.

“What, no!” He bounces up off the couch and tries to run for the door, but I kick him back with the edge of my boot and smile tightly.

He once again tries to escape, so I have no choice but to kick him again, slamming the heel of my foot into his chest. Breathless, he sinks into the cushions and his eyes sort of roll back in his head. I hurry to the kitchen and make his cup of boiling tea. When I come back, I find that he’s somehow regained enough strength to make it to the door. I set the tea down and frown. He turns the doorknob, but it’s already locked.

I walk quietly over to his side. “Please come sit down. It won’t be long at all. Just give me a minute, just a slice of your time.”

Morris Cupcake doesn’t answer. I frown more deeply saddened that he won’t comply so easily as I thought. I grab the front of his squirrel stained shirt and drag him back to the couch.

He’s terrified, but there’s no need to be. I reach across the couch and pat his head. He flinches and I pull my hand away. He won’t drink the tea. This upsets me, because, after all, I made it just for him. Me, the sweet reclusive girl of the looming 19 Rawness Avenue, has taken time from her busy schedule to make Morris Cupcake a cup of tea and he won’t have it?

I am not beautiful, but I am not as hideous as Libra Mela. My hair is scraggly and my arms are like chickens’ and always covered with grit and glim as I never wash. I have a strange appetite. I do not go to school. They say I would frighten the children. Of course, the adults are probably more scared of me than the children would be.

Before Morris Cupcake can say another word, I snatch the tea up from the table and tilt it towards him. He clenches his jaw. I smile. This will be more fun than I had even thought.

I move to sit by him on the couch and he makes a dive for my hands, trying to fight me off, but I stick the end of the spoon from the tea into his cheekbone and he howls. I let go of the spoon and then turn his face towards mine. His mouth is already conveniently screaming, so I take advantage and dump the entire tea cup’s contents into his throat.

Three seconds, and his eyes close. He stops struggling to breathe after a while, and as I hold his cold hands in my own glinty ones, he drifts into wherever dead sandwich boys go. I take the spoon from his cheekbone and throw it to the floor.

I can still smell the delicious deli meat smell on his clothes, even over all the squirrel blood. I walk to the door and pick up the sandwich carrier. He won’t need it anymore.

Who best to improve the taste of a sandwich, than Morris Cupcake the Sandwich Boy?

Hey Rhondalise, Anna here! There wasn't a dull moment in your story! It was so intriguing and made me feel hungry. Wonderfully written and so descriptive, it rolled right off of the reader's tongue! Off to eat a sandwich! -A.

Um, I hope you aren't a cannibal and enjoy your sandwich... haha, just kidding but thank you for reading my story!

Gave up on the sandwich, eating strait Nutella from the jar, here's a great tweet from Stephan King; "I was late to the cannibal party, so they gave me the cold shoulder." Its definitely one of my favorites. Sincerely, A.

I've caught myself saying that too often lately. It's gotten to the point in which my friends yell at me whenever it comes out of my mouth. I'm such a nuisance lol. -A

When I was younger I had a phase when I would add OF DOOM to everything my friends said. They'd say, "Hey, you want to go to the lake..." and I say, "OF DOOM!" and they just got so mad. I miss them now though, been at home by myself for a while. Pandemics are good for productive writing but very bad for friends. Did you read the stories that go along with this one, though?

Wow, I didn't think this story would go there, but I like how you gave her so much personality. I like how she was stalker-like. I loved it, Have a great day! : )

Wow... this was... not at all what I expected! The descriptions were great, and for the first half of the story I was like; "This girl must be shy, and a little bit off in the head, but I like her." PLOT TWIST! I then watched everything go horribly wrong. You definitely had me on the edge of my set wondering what would happen next!

Well... I certainly did not expect it to go in that direction. But well-told! 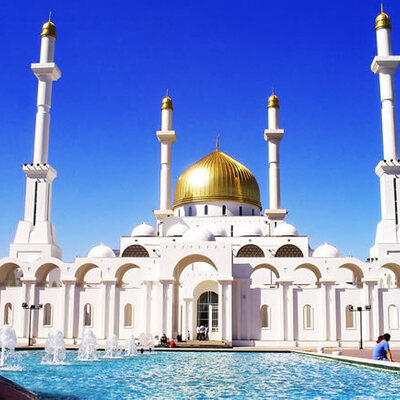 Such a good story!!!