The sands of time ran through the great hourglass and creatures everywhere waited with the static of anticipation charging their souls. In the time betwixt day and night, that magical time known to some as the gloaming, a festival was beginning. Twilight descended and the first star heralded the start of the celebration. It had been a long time in the making and was eagerly awaited by the good and the bad, the ugly and the beautiful, the small and the large of the fairytale kingdom. Pilgrimages had begun from far away places; mountain tops, swamps, frozen tundras and forests. Timepieces of all shapes and sizes counted down to the solstice, some loudly, others silently, but all chiming the same rhythm.

Charlotte plodded along behind her mother, her giggling, brainless sister and her beautiful, insufferable step-sister. If she turned around now, would they really miss her?

There was one who had even come down from the clouds. He was not coming to celebrate. He was coming for revenge, to wreak havoc and to glory in the whimpers of his victim. Anger coursed through his thick veins and pulsated in his ears, making him deaf to sense and reason. His plan was to arrive late, and launch a surprise attack when all were relaxed and merry and unsuspecting.

The egress of festival lights was so gradual, it was invisible to humans, and spells were cast to keep it so. As slowly as the lights appeared, so too did the marquees and tents. Floating down from the air and settling on the ground as though propped up by poles and held taut by pegs. They were multi-coloured and striped; some large and flat, others tall and pointy. Flags flew from their peaks and bunting with more colours than a rainbow, connected each marquee to the next, like they were reaching out to each other and holding hands.

Lanterns hung suspended in the alleys, casting a warm glow upon the ground. Moths flitted around them, their shadows dancing a wild dervish. Balloons inflated by themselves and floated like boats bobbing in a calm harbour. Coloured dust filtered through the atmosphere, and hung suspended in the air, cocooning the festival.

Smells wafted toward the festival-goers, beckoning them onward, pulling them hurriedly to their night of merry-making. Enticing spices such as cardamom, cinnamon, mace and nutmeg held the promise of hot mulled wine. Their mouths watered and stomachs growled.

Fairytale antimony gave way tonight, leaving only room for harmony. Truces were mutually and unquestionably agreed upon, in favour of fun and laughter. The evil witches became harmless old ladies, cackling about their aches and pains. Recipes, that didn’t include marinating children or poisoned apples, were exchanged. The wolves turned to lap-dogs, meek and mild, playful and pettable. They bounded in circles, tongues lolling. Fairies and elves put aside their squabbles, flirting shamelessly with each other, fairy dust glittered on everyone’s shoulders. The anticipation of the celebration created a sensual atmosphere that was tangible.

Only the giant could not succumb to the fun. He seethed. His anger ebbed and flowed beneath his skin. Pushed and pulled by outrage and passion.

As the characters neared the field, music could be heard. A symphony of sounds pleased every ear it touched. A hush descended on the crowd as the mellifluous melodies rode the breezes. Ascending the last hill, they stared down as one to the valley below. A cacophony of colour, sound and scent assaulted every orifice and sense organ, pulling them forward as if they had no free will, hypnotised by expectation. Creatures of every description ran, rolled and flew down the hill toward the riot of pleasure. They surged under, over and through the turnstiles which spun so fast, they became a blur.

The one that held back, the one who felt maligned and separated, could not see the colour and lights. He saw only red. He could not hear the jubilant sounds of joy, he heard only hate. He could not smell the redolent fragrances which permeated the breezes, he smelt only vengeance. Malevolence was his succor tonight. He felt he was the most reviled of the fairytale folk, never given a redeeming factor. No child admired him, he was portrayed as dumb and lumbering without a kind bone in his body. The time had come to right the wrongs he had suffered over the centuries, to rewrite his story. An eye for an eye, tit for tat, the spitefulness oozed from his pores. He knew once he began, he would have to move swiftly. Those hocus-pocus, hexing witches would lose no time spelling him out of existence.

As night fell and the blood moon rose, the festival was in full swing. The fortune-teller's tent was a favourite. Even though their lives were predetermined in the storybooks, the characters were eager to dream a different life for themselves, if only for a night, like actors on a stage. Charlotte, took a seat opposite the gypsy.

“What is it you desire to know, pretty one?”

Charlotte had never in her life been called ‘pretty’. She felt her cheeks glow and she looked at her clasped hands in her lap.

“Is there...is there a man in my future?” She felt silly asking, but it was all her heart desired to know. Her mother and sister believed love was unnecessary, redundant even. But she wanted it desperately.

“Love is everywhere. You must open your heart to it and it will find you. But tonight is special, love found tonight, on the solstice, is stronger and truer than at other times.” The gypsy dealt out some tarot cards, and took a sharp intake of breath.

“What is it? Something terrible?” Charlotte asked searching the cards.

“No, my girl. I haven’t seen this combination in a long time. They show love is close, very close.”

Midnight approached and the giant was plotting his revenge as he made his way down the hill. His plan was not as carefully laid out as it should have been. He only knew that his ultimate goals were to wreak havoc and get that troublemaker, Jack. He was the thorn in his side, the one who always made him look bad. He didn’t realise that all he would be doing was perpetuating the stories he hated about himself. He simply knew he was sick of being tricked, and of being the butt of jokes. He wasn’t a bully, but his size made him fodder for the myth. The ground shook beneath his feet with every step. There would be no stealth attack.

Charlotte floated out of the gypsy’s tent. For a little while at least, she would let the dream of love fill her. Nearby fairy Godmothers, wicked and otherwise, sat together enjoying tea and scones. They discussed their charges as they watched the antics of sideshow alley play out before them. The huntsman had swapped his axe for an over-sized hammer and was exhibiting his strength to the evil queen. She was blushing and acting coy, enjoying every minute of this man’s attempt to impress her.

‘If she can find love,’ Charlotte thought, ‘then surely it’s not impossible for me.’ Hansel and Gretel ran between the festival-goer’s legs, their fingers sticky, their mouths stuffed with candy, and their minds full of mischief. Balloons popped from thrown darts and ping pong balls dropped and bounced into the open mouths of clown heads. Cheers rang out up and down the alley as prizes were won, chosen and given to sweethearts. Charlotte wandered past wishing she was on the receiving end of a large, stuffed teddy, and a kiss from an admirer. She began doubting the gypsy’s prediction the further she got from the tent. hope completely disappeared as she caught her reflection in a pane of glass. Her mother would have to arrange a marriage with an old, fat villager. She made her way out of the festival. Other’s happiness was depressing her further.

As the vengeful one was closing in on his target, he heard the faintest sound. An animal lost and keening for its mother? He stopped and listened, straining to hear. He looked, distracted from his goal by the tiniest of noises. A firework exploded overhead and he jumped. The ground around became a bluish hue, and it showed just for an instant, like a snapshot, the source of the pathetic sound. It was a young woman, her head buried in her arms. She was sobbing so hard, she had not heard or even felt the giant’s approach. He wanted to stop and help, but his plan ached inside of him.

Another firework exploded and the girl looked up. She startled to see the giant standing before her. She snuffled, wiping her nose and tear-stained cheeks on her sleeve.

“Wha-what do you want? I have no gold for you to take, and I am surely not young enough or tender enough for you to eat.”

The giant exhaled and dropped down beside her. All the fight had gone out of him with that simple sentence from this tiny creature.

“I do not wish for gold or food. I stopped to see if you were all right. I stopped because I needed to prove to myself that I am better than they think. That I have a heart, and I’m not afraid to show it.” He smiled, tentatively at first, then with more certainty. And she, surprisingly, smiled. She smiled back. She didn’t run or scream or throw things at him. She smiled back.

“Why do you need to prove yourself to others? If anyone has to prove themselves, it’s me. Do you know, even my title defines me. I can never be anything more.”

“Do you? Do you know who I am? I am one of Cinderella’s ugly stepsisters. Ugly. As a moniker, it’s a little hard to overcome.”

The two lost souls took comfort in sharing each other’s pain. They searched each other’s eyes for deception. But found none. What they did see was acceptance, and love. Raw, simple, pure love. Kindred spirits, soulmates.

“Have you been to the festival yet?” she asked him.

“I was just headed that way,” he had the good grace to blush as he said it, but in the moonlight, his new love was none the wiser. “Can I buy you some cotton candy, perhaps?”

“I’ve heard the jewelweed flavour is particularly sticky this year.”

“Chocolate root is my favourite.” He gently picked her up, as if she were a delicate piece of porcelain. Never had she felt so treasured. He had never been so gentle, and she had never felt such gentleness.

Now he could finally smell the luscious aromas, and hear the peals of laughter. The bitter taste in his mouth had been washed away by another’s tears. They all had their crosses to bear, and he realised that sometimes the beautiful people could be shallow, the ugly could be beautiful, and the wicked were often simply misunderstood. And just knowing that twice a year he could come here to meet her, made everything seem alright. 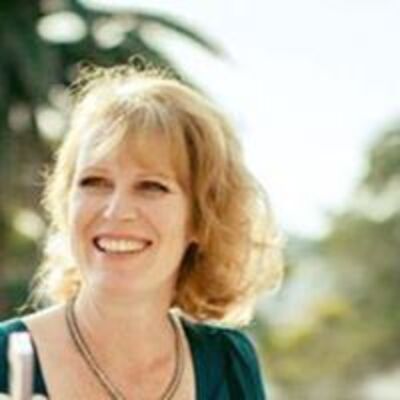 I loved the idea of the lives of the fairy tale characters, being so circumscribed and then being let off of the leash. Apart from the 'ugly sister' bit, I was disappointed that the ending became too predictable. Perhaps, finishing with a twist of some kind? You tell a good tale.

Thanks for reading, Leonard.