Submitted for Contest #16 in response to: Write a story about a character on a quest, trying to "prove themselves."... view prompt

By the sun who warms us and the river that sweetens the land, raise your hands and we shall name the faces of the stars –

She was one of the imbongi, my family, one who carries their fate in the palms of their hands. She was one of the people of the heavens, under uThixo and above the dust of amaDiozi, who we mourn and fear. She was the daughter of a gracious mother and a father whose ubunto acts were known to the amaZulu, the Nguni and the Swazi. Her eyes were clear and her skin as dark as the shadows of night. She wore brighter beards than the birds, and how she laughed! The girl smiled when she should cry.

All she knew was laughter. Silalela!

My sisters, she grew her hair and covered her body, but the men of her village looked away.

“Pah!” They said, “She is impure! Her spirit has no breath. What has she given us, but laughter? What will she ever take, but joy? Cha!”

My brothers, what could she have done to turn their heads? She sang to her idlozi ancestors, but they did not answer. The offerings of salt and smoke made the muthi turn to dust in her mouth. She spat it out and left her prayers unspoken. The spirits would not guide her.

Weep for her! Aya! Sikhala!

The wise inyanga heard her cries and pressed his palm to her heart. “It is cold,” he said, “You must warm your heart before any man will desire it.”

Then, my mothers, she left her home with only a bone knife, amasi curds and the beads around her waist. Her family tore at their robes and screamed. They had only taught her laughter. Now they were afraid.

The girl walked for six days and seven nights until a thorn pierced her toe. She sat upon a flat stone to suck it out. As she closed her teeth around the barb a great cry rang out, and she found that the barb was too strong to be pulled.

“Cha!” She cried, “What am I to do? I cannot walk forwards or back. Must I crawl on my belly?”

So she lay down, and crawled. The snakes streamed out of the stone, but they did not bite her, for her heart was as cold as their own. Her beads broke away from her hips and lay in the dust.

“Yebo, here is an offering!” the snakes cried. They wrapped themselves around the beads until they stuck to their skin and made their scales as bright as bird feathers. So happy were they, that the strongest of them pulled the thorn from the girl’s foot.

“Thank you, sister Inyoka.” She said, for she knew that snakes did not offer acts of ubunto lightly. Her heart warmed a little in gratitude. The snakes reared back.

“You are not one of us! Go back to your own kind, or we shall bite you with more than thorns!”

The girl was thirsty from her long walk, my friends. She followed her nose to the green amazi Usutu River. As she drank, she heard a great cry. A fish leapt into her hands. It did not fear her, for he thought she was as cool and heartless as water.

“Help me, sister!” it cried, “Cut this thread from my throat!”

The girl drew her bone knife and cut the fishing thread away. Her heart raced and warmed in sympathy, and she held out the blade, “There will be more hunters tomorrow, little brother Inhlanzi. You need this more than I.”

The fish took it into his soft mouth and sucked until the carved bone became sharp, jagged teeth. “I should bite you, first!” he shouted, “For you lied about being as cold as my river! You are not one of us! Go back to your own kind, or I shall bite you with more than thirst!”

Hunger forced the girl to stop for a third time. She crouched down and swallowed every drop of amasi that she had carried from her mother’s pot. As she finished she heard a great cry, and saw a huge spider scurrying through the dirt.

“Wicked girl!” The spider cried, “You gave your beads to the snakes, and your knife to the fish. Why did you not save a single drop of amasi for your brother Anansi?”

The girl’s heart grew hot with anger. “Why should I hurt, and thirst, and starve for those who will just turn and bite me?” and she raised her foot, ready to stamp down the spider if it should bare its teeth. As she did, a high ululation rang out, and a stranger leapt forward to cut the spider in two. He saw the girl’s burning eyes and flaming cheeks, and knew that her heart was as strong and fierce as his own.

“I saved you,” he said, and he was the first man who did not look away.

What did the girl do then, my brothers? Her body burned like the sun, like fresh coals, like the blood of mountains. My sisters – do you know? Her tongue was wise with the sly words of snakes and spiders. My mothers – do not smile. You already have the answer. Aya, yabo! The girl embraced the man, and together they burst into flames.

Sifunda. The world has burned a thousand times and more since then.

Im in love with this story. Ive always had a soft spot for cultural stories and you did this beautifully. I love seeing words I dont know, and this piece made me want to learn the language you used. You can clearly see that your English is flawless when you write and yet you still managed to have an African influence in the dialogue regardless of whether you were using English or African (just out of curiosity, which language was it?) I found the story heartfelt. It seemed like the kind of story that gets passed down for generations. Knowi...

Hi! Thank you for this comment. It made me smile! I'm trying to challenge myself by creating stories set in other cultures to my own, so it's lovely to hear that they're working! The language is Zulu. I researched a few different translations and this one had a lovely, lyrical feel to it which I couldn't resist. There are also a few social things in the Zulu culture which stood out to me - the way that children grow up, and the things which denote them as 'adult', are completely unique. I wanted to include them! Saying that I am always ne...

:) I look forward to more! If you are interested I wrote The Song My Mother Used to Sing based on Polish culture and using the Polish language.

Sounds awesome! I’ll read that as soon as I can! 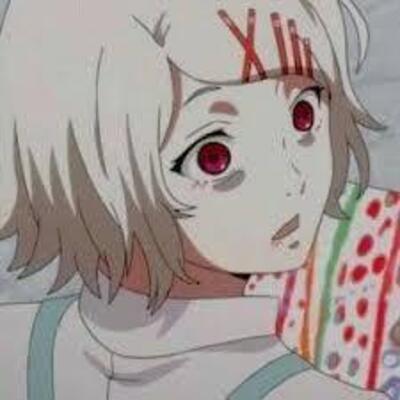 I love your comment. It really is much, much more! ;)