Submitted for Contest #15 in response to: Write about something you consider yourself an expert in, but do it from the perspective of a total novice.... view prompt 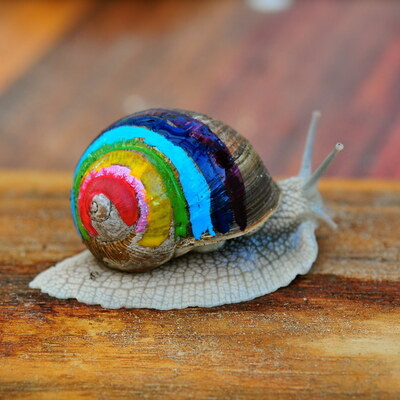 I've seen SO many articles recently about the evils of plastic, so I thought I'd write my own article to set the record straight. Plastic isn't that bad! This is the real truth: the cotton industry teamed up with the government to brainwash the public into thinking plastic was harmful so that everyone would buy reusable bags made of cotton. Personally, I like to be an informed citizen. So here I am to debunk all the myths about plastic you've been led to believe.

Secondly, people are saying that plastic kills sea creatures. Honestly, I don't see how plastic can kill a fish. It's not like it's poisonous or anything. I mean, I drink my Cherry Vanilla Diet Coke (Hint of Lime) out of a plastic bottle every day and I'm still alive. I think the bigger issue we should be focusing on is oil spills. Plastic has nothing to do with oil, and oil spills kill way more fish every year than plastic does.

I also keep seeing tons of pictures on social media of dead whales filled up with plastic. Have you ever thought about all the crazy things people can do with photoshop these days? Even if the pictures aren't photoshopped (which is highly unlikely), if whales really aren't smart enough to tell the difference between food and plastic then maybe we should just let nature run its course. Natural selection will kill the whales that are stupid enough to eat plastic, and then they'll evolve and get smarter and be able to know what plastic is. Problem solved! And no effort required on our part. I'd say this would be an ideal situation; we'd be killing one bird with two stones.

Next, everyone is freaking out about these "trash vortexes" in the ocean. I think we have more pressing things to worry about, like all the huge dumps on land. Do you really think it's okay to dump trash in people's backyards? Everyone has a right to life, liberty, and the pursuit of happiness. It’s right there in the Constitution. And I don't know about you, but I couldn't be happy if I had to smell trash all day. I mean, why not dump it in the ocean? It's not like anybody lives there.

What do all these scientists want us to do anyway? It's not like we can just stop using plastic. Let's be realistic. Ever since microwaves were invented it became impossible to go back to our uncivilized, pre-plastic ways. How would we heat up food? Everyone knows you have to cover your food with saran wrap before you microwave it. Also, what would we use in place of plastic milk cartons? I know they used to use glass in the old days. In my opinion, glass is infinitely more dangerous than plastic. It can break, it can cut you, and if you accidentally swallow it, you'll have to get a tonsillectomy. And I've heard from many reliable sources that getting your tonsils removed is worse than childbirth. So, it's clear plastic is the superior alternative.

Furthermore, plastic is essential for grocery shopping. Especially when buying produce. It's extremely unsanitary for limes to be touching tomatoes. Did you know that farmers use different pesticides for different types of plants? It's true. And if the different kinds mix, the chemicals react and can become toxic. If you've ever gotten food poisoning, it's because all the different fruits and vegetables and herbs weren't kept separately. You can see why those rolls of plastic bags in the produce section at grocery stores are so necessary.

My editor told me that I needed to include more science-based facts in my articles. I disagree because the whole point of this article is to prove that the current science is uninformed and simply untrue. But I promised I'd add some science, so here you go. Let me explain the process of creating plastic. First, the plastic factories gather up old pieces of plastic, then they melt them down into a liquid, and then they pour the liquid into molds and let it harden into the shape they want. It's simple, efficient, and cost-effective.

Now let's contrast plastic production with the production of plastic alternatives. First, paper. Paper is created by chopping down trees. It has been scientifically proven by scientists that when 2050 comes, only 2% of the world's forests will still exist. Do you really want to live in a world with no trees? Think about how hot it would get with no shade. Second, metal. To make metal, people have to go mining. Do you know how dangerous mining is? Scientific studies performed by scientists show that 51% of deaths in Nigeria can be attributed to mine-related accidents. That's more than half! Clearly plastic is better, safer, and more environmentally friendly than the other options out there.

In conclusion, I hope this article has brought some clarity to your mind on the subject of plastic. After reading this, I expect that you will think more critically about the other articles you read saying plastic is bad. Because, as I've proven here, plastic is clearly not bad at all. Just remember, you can't believe everything you read because sometimes the government is trying to brainwash you.

Thanks for reading, and don't buy reusable bags unless you want to play right into the cotton industry's greedy hands!

Ha! This is great. I'll be using some of this in the future ;)

This was good fun. Love the character, very entertaining.