Submitted for Contest #15 in response to: Write about one character’s fundamental misunderstanding of another character’s job.... view prompt 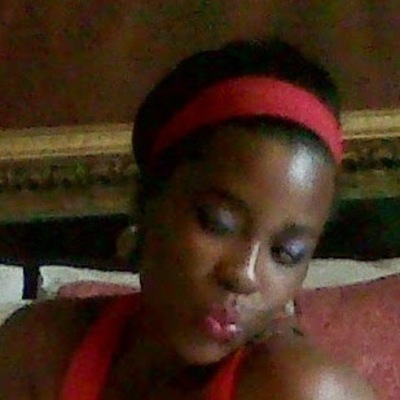 I never knew my life would be like this, I was born to be a woman of the world, a   strange life I lived , but  one night with the king can change every thing. I Goldie came from a poor back ground, so my back was on the ground, I loved the fact that my occupation was the oldest occupation in the world - halotry. I wanted to be rich, but the only was by ( since I had no education) marrying a very rich man was the only option . But the danger was that at the end of it all who would marry a harlot? But my story is a story; a story of love and misunderstanding, the sage and the neophyte; the wise and the holy. My story is about my occupation and my occupation- harlotry. A job of high risk and a job of skilled strategic behavior to avoid misfortune.

. It was a cool Sunday in Paris, the Eiffel Tower and Schanzelize were not as bright as my red light district, I loved lights, my friends were with me and I had worn a dress by Valentino, it was green , my hair was blond and my eyes matched my dress, blue. St. Oun was the place I loved going to, a place I loved to trade. It was a Sunday. And I had learnt early in life that, since I was an illiterate, finding a job would be useless. I loved what I did, but explaining why it was good, was not that easy.

"Hello, you must be ...." I looked at the car it was not like the other cars that picked me up, it was a Range Rover the man inside the car was so handsome, a half caste ( half Black, half Caucasian) I knew that I had hit jackpot. I was ready to keep this man as my customer, however I too was half caste and felt we had met in another world. I answered him, he opened his car door and in no time we were in his house in one of the richest parts of Paris. We discussed as we went to his house initially, I thought it was an inn, from the electric gate which I saw open, by the security.

" Gold, this is my house and I am your brother. And I and my friend live here you will like him."

" Okay, but is this a joke?" I asked as I put my arms around him. "Kehinde, you and I know that I am an escort. So I can massage you up stairs? And beside I am an orphan. I do not even know my parents."

"Goldie, you are my sister. And I had a dream from God telling me, where you are. My father was a pilot , married my mother but when she was pregnant for you their marriage crashed. You were giving birth to and being that your mother died before you could talk we never knew about you. But today I need you and so does God. He loves you."

"Kehinde is this a joke, my dream is to be Madame. I am twenty five, uneducated, proustite . I like it, it's easy. "

Kehinde looked at me, he then held my hand and whispered something, he saw a scar on my hand. "How did you get this?"

"A customer cut, me with a blade." I saw personally, how Kehinde's face change.

"This is a profession is the worst thing to happen to man."

"Kehinde, I never knew love and thus do not need it, let me sleep with you, you pay me money and then I leave."

I and Kehinde where in the dinning room, there were two chandeliers, and a maghony table that can take at least seven people. It smelt of lavender, I could see that the theme of the room was red and white, at the back ground was the stillness of a lake behind the maisonette

I. Looked at my wrist watch. Time was ticking, I was wandering how much the others were making. I was getting angry.

My profession , the oldest in the world was laid low. And I was loosing my esteem. I and my new brother were becoming friendly.

"Kehinde can I tell you how I got into this profession?"

"I lived in a foster home all my life. My parents where a rich but used me as a maid, I had to sleep with all males. I was abused, I had to run away but with me never going to school, I had to become a proustite... It was a man called Luke that told I was too beautiful to be a proustite. He gave me a Bible and told me to make a wish. I wished that one day I would meet him again. When I told him he has been the only one to be nice to me without patronizing me as a scarlet lady, I fell in love with him and held his right hand. I told God that if you he can make me meet Luke again I would be a Christian."

I stopped crying, as explaining my profession left me feeling worthless, but because of the vow I made my life has changed and I have found true love.

In essence there is a time and season for everything, a time to love and a time to hate, a time of peace and war too.

I have peace, I have love, a lover and a brother.