Submitted for Contest #14 in response to: Someone in the story has a lot of hard lessons to learn.... view prompt

It was just a week that the capital spent without Marcus. These were long days, in the middle of August, when the stinging sheets of rain left most sane people huddling like hedgehogs underneath the pale white domes of their houses. Petrichor wafted through heavy air. Rich and thick, the scent marked the tail-end of one such shower as Con made his way through the city.

Con despised to walk alone. He remembered this now, especially, dragging the wagon of supplies over his shoulders. Had he not lost the horse, he would be at headquarters by now – warm, comfortable, safe – but he had lost his horse, and that was another mishap to add to the pile. He sucked in a deep breath. Released it. Looked up at the wide pale face of a moon staring down at the world.

Until this week, he hadn’t known Marcus did the cooking.

The first time he’d set foot in the dim, dingy part of the building they used as a kitchen had been a strange experience. Never before had he been so afraid of things so much smaller than he. What was he to do with this spike-like knife? Or this other delicate implement? Just preparing a stew involved a lot of pinching things between his massive, cubic fingers, and thereby dropping those things. Eventually, he’d made it: a thin runny broth – but no one at the table was happy. It was a good thing most of them had returned their swords by then, he thought bitterly.

He’d give anything not to make dinner this night as well.

A clap of thunder sent him back to the empty road, the narrow rows of houses, the long walk ahead. He shifted the harness over himself. This, at least, came naturally to the broad-shouldered, thickly calloused Con. Many times, while rattling over the cobblestones, he thought about how he’d lost the horse. It would not have spooked, back home. There were fewer things going bump in the night, and fewer that horses worried about, amongst rolling emerald fields and golden bales of hay.

Silver moonlight passed overhead. He reached the church. That spirally web of naked construction seemed to reach out at him from the stew of night. It was built around and inside the yellowing skeleton of a dragon they had taken down in this city, many years ago. Even after all this time, they’d never completely managed to repair it. Con found himself stopping beside the bushes, weighed down by the weary tug of his legs. Yes, he could still remember them: the glory days.

In the city guard, there had been just Marcus and him who could take down a dragon. Those had been massive, lumbering beasts; they could only go down with a speedster plus someone to cover his back. That was Captain Marcus – and himself. He remembered the screeching of metal beams, the full-body shiver that would tear through the town as one of them came, growling and gnashing its teeth. He remembered the wash of adrenaline over him when his sabre sliced through scale and savagery and survival. But there were no more dragons, now.

Sitting amongst the scattered vertebrae was instead a group of children. When they first saw him, they waved, the red cloak of the city guard standing out even at this hour of the night. Con stared at them. He didn’t wave back. As it was, he didn’t need to, because soon came the little wave of white-clad churchgoers pouring out of the dragon skull. Their anxious faces peered at him, some confused, some disappointed.

“Mr. Guardsman?” a boy tugged on the hem of his sleeve. “Have you seen Captain Marcus?”

The smile of his tightened face was worse than sheepish. It was false, cracking at the edges. No, he had not seen Captain Marcus. The Captain was out for the week, hadn’t they been informed? A nod, overly solemn. The child left hanging his head. Around him, the men and women offered placating expressions of their own, but it was clear they were starved of – something – and it was a thing that Con, on his own with his tattered wagon, could not hope to provide.

There were always things that needed providing.

After the war, the city had taken a while to recover. For many weeks, even celebrating the end of an era had been the last thing on anyone’s mind. Marcus would lead the guards around town, asking after the welfare of every hurrying shape they saw on the broken paths. People would remember Marcus from then. They remembered him tall and solid, a sturdy post anyone could tie themselves to, keep themselves afloat with in the uncertain tides of this new world before them.

Part of the reason he’d stayed was just for this Marcus. He’d stayed for the nights when it seemed Marcus needed him more than he did Marcus. They drew him to the capital like a moth to a flame, fed him with a sort of morbid curiosity, left him hovering near the office door as he listened to the sound of quill scraping over paper. Rarely did he go in. Why should he have wanted to?

Once, in a moment that could only come once in his life – Con was certain! – Marcus and him actually talked through one such night. He’d been there delivering tea. Marcus’s hand had been so soft taking the cup, so ginger. Grey, work-weary eyes had turned to him, slowly. That night Marcus told him about death. It was no speech. There was nothing philosophical in this man’s suffering. His voice came out a whispery rasp, that like the fingers of a ghoul sent chills into Con’s bones, made him want to run out of the room and slam the door behind him. Only the dull knowledge of the cruelty of such an action nailed him there to the floor. Don’t! Don’t break before him, now. Marcus spoke of the smell of corpses in his recurring nightmare, the ooze of pus from severed infected stumps of limbs, decomposing now, in his head, even as they spoke, and oh had he spoken. He left Con reeling by the end of it, a hand gripping the edge of that meagre wooden desk to steady himself before this meagre human man that had been his leader. The smile Con had given then had been worse, far worse than the one for the children.

“You’re tough, you can handle it.” It was the wrong thing to say.

That night the Captain let Con out into the nighttime capital, where he was told to plant some shrubbery, an errand for the local church. He was patient with mistakes, an older man trapped in a young body. He let him out away from this shattering new weight of passing time, out of pity, perhaps the wetness of empathy in his eyes. He shouldn’t have.

The stare of the dragon skull, a sallow gold spilling over the bluish grass, would not leave the backs of Con’s eyelids.

At headquarters, the candle was already out. The other guards had not waited for him. In the dark, he could hear some of them snoring, presumably expecting to be woken up for supper. With the fire from his lantern, he relit each stick, methodically, not looking elsewhere until he was done. That was why he didn’t see it. Only when he’d straightened up, satisfied, did the glow reveal Marcus to him: strong, and tall, and slumped drunkenly over the dining table.

Something awoke in him. It was sweet and warm, ignited by familiarity. It sent him padding towards the Captain, reaching to pat his shoulder.

“Missed you,” Con tried to say, but the words came out as a croak.

He would always remember the phial of poison, dropping from lifeless hands and crashing into the floor.

One week later, the former guards arrived at headquarters for the morning briefing, and Con had vanished.

I was confused throughout the whole thing, but I think it was on purpose. I enjoyed it either way. Your title is intriguing, and your first line is perfect. Deserved win!

Thanks! Happy to hear you enjoyed it :) 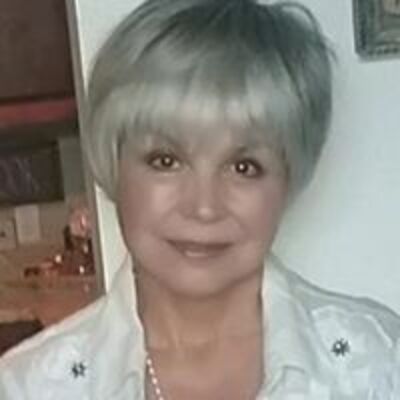 I do not know the when or where of this setting, although the story is intriguing. I do not get it. Who poisoned who? And why. The use of similes is very good and the descriptives paint vivid pictures.

Glad you found the description good. Marcus actually poisoned himself in the story, though I left it somewhat implicit to sort of focus on the significance of the act, rather than the act itself, if that makes sense. Thanks for commenting!

Wait, Marcus poisoned himself and then killed Con? Or did Con leave after Marcus died? I am confusion....

Thank you! Happy to hear you think so :) 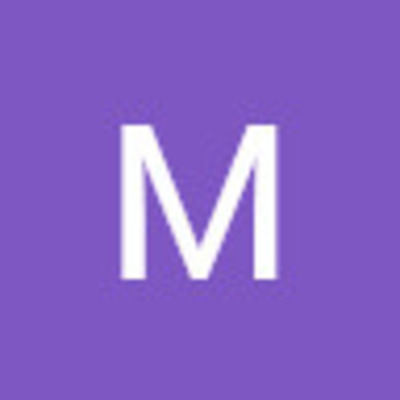 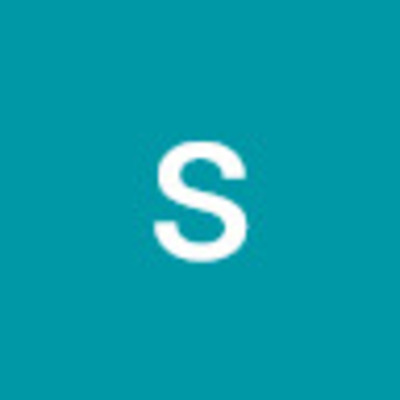 The sheer brilliance of the setting is astounding. The flow of the words and the choice of narration- Hats off! The depiction of well...everything. It's amazing how you capture the camaraderie and the subtle hints of grief and reminiscence. Chills. I have *Chills* Keep up the good work boss! Also...can't help but mention my appreciation for the phrase "weighed down by the weary tug of his legs."

Ah, you've put so much thought in this comment - thank you doesn't seem to be enough <3

Wow!!!!! This is really great. I would love some pointers about descriptive language, you seem really good at it.

Hi there! Sorry for the super late reply. Really flattered that you enjoyed my descriptive writing. My rule of thumb for describing things would be to avoid the obvious, keep the mood in mind, and try imagining things as they unfold in the present, as if a film is rolling. 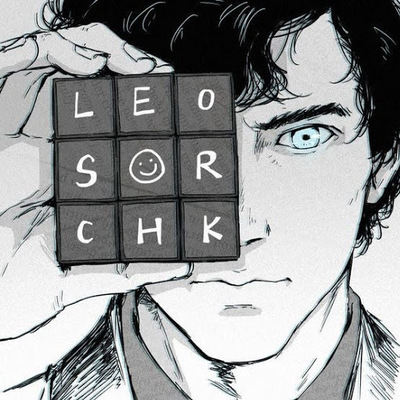 This is extremely well-written. I enjoyed it very much.

Thank you! I'm glad you liked it. 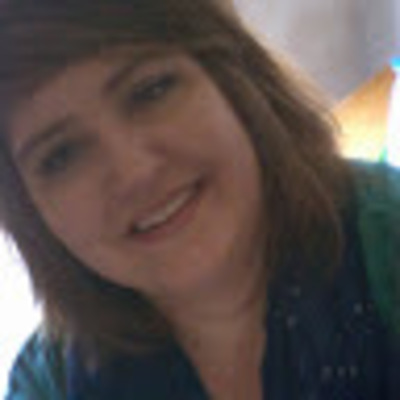 Glad to hear you think so :) 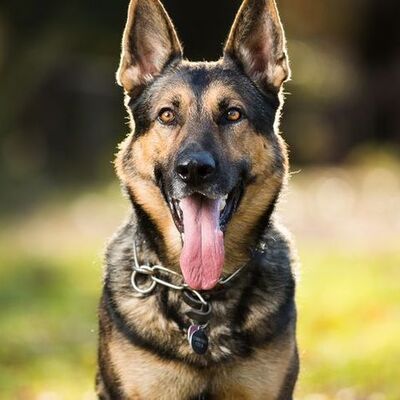 Wow, awesome story! You really deserved the win! I absolutely love your descriptive language and how you use it to paint your world and its characters.

Thank you! I'm very glad you liked it. 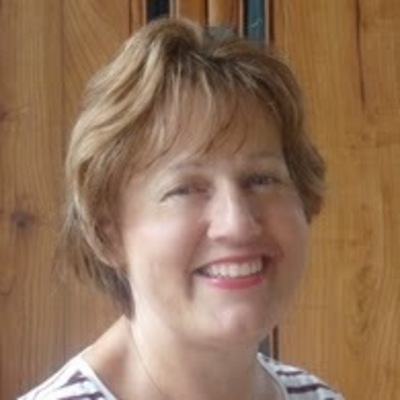 Thank you! Glad to hear you think so.

Congratulations! See, I knew you were a great writer when I read your previous story! :-D -Lee

Thank you so much! It's great to hear from you again. :)