Submitted for Contest #14 in response to: It's about a photographer, who is a rookie.... view prompt 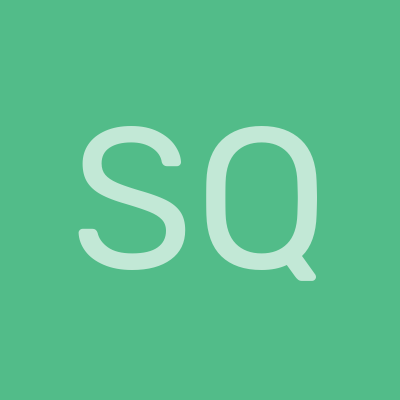 ”Shannen, you always take pictures of your food!” I turn to look at my sister, “D, food is ART. You just don’t get it.” My little sister rolls her eyes and playfully laughs. I’m the type of woman that fills up with joy when I see beautiful food. I want to take pictures of the food in order to show it off. What runs through my mind when I position the camera towards a plate of food: ”I could post it on Instagram or Facebook hmmm...” I do post these pictures for the likes and to find other people who appreciate amateur photography. It bothers me when I nearly forget to take pictures of food because I may not see that delicious looking plate of food for a while. A good example is this huge plate of pasta I had received in a Cuban restaurant. It had piles of cheese on top that made my mouth water. A cute, bright red cherry tomato was placed on the top of the pasta! Underneath it was the Fettuccine Alfredo pasta that I was so eager to devour. So much Alfredo sauce was in the pasta that I grew more hungry as I kept eating it. I like looking back on the memories of me taking a beautiful photo of the food I’ve eaten.

Did I mention I’m a flower enthusiast too? Whenever it’s not food that I’m taking pictures of, I take pictures of flowers that I see in nature. There has been pretty flowers I’ve seen that resembled party poppers with yellow confetti popping out of it. The petals were rich with hues as purple as the lavender herb. I stared in awe as I tried to take a good picture of the flower. I would walk around and angle the phone camera a certain way until it was just right. I’ve experienced the pleasure of having a picture of myself with a flower in my hair. The Jasmine seemed to glow in my hair because of the camera’s flash affecting the photo. It’s ethereal how photos can forever ensure that a flower won’t die. Without cameras, people like me (that do amateur floral photography as a hobby) wouldn’t be able to do it. I prefer taking pictures over bringing a flower home with me because it’ll just die. Cameras can take pictures of more difficult, floral scenery such as flower fields. It takes more effort to do that though since one has to be sure no one is in the shot. As much of the flower field needs to be in the frame just to make sure nothing is left out.

Drawing combines with my photography as well! Its more difficult for me to make sure the photo ends up looking alright. You may be wondering, “Why?” Sometimes the photo ends up looking strange when I look at the final result. There will be edges of the photo cropped out that have important elements of the photo. I’ll sometimes have to retake the photos many times since my perfectionist tendencies come out. Other times there will be table items that are distracting in the photo. That’s when I have to crop out those items if I see that I can do it without much hassle. I know that I’m just an amateur photographer, but that doesn’t mean I shouldn’t strive for greatness! I have taken photos of my own art for other purposes like an art portfolio. These photos have to be spotless and not include any trace of a shadow. Whenever I leave in a shadow that’s caused by light (in the photo) by mistake, I do get a tad bit annoyed since then I have to take it again. Otherwise, I like taking photos of my art since it’s something I made and I don’t have to worry about it being dirtied.

Now I don’t know if screenshots are considered photography, but in my eyes I believe it is! There is this game I play that is called Love Nikki Dress Up Queen. It’s a fashion game that allows you to dress up a girl called Nikki with various sorts of clothes. There’s a screenshot option that allows you to save the photos of the clothing combinations you assemble. I’ve put together gorgeous clothes to create a even more stunning photo! There is this outfit called Nebula Echo that sparkles as brightly as the stars in the night sky. The outfit comes from the Ruin Nation where people dress up in futuristic clothes. The clothes from there usually have neon colors, technological, or a space theme. Their outfits have made me want to just steal that beauty away for myself and keep it forever. I always screenshot the clothes I put together and hope that I can have an outfit like that for myself...You can even have a diary in the game and create photos for others to see. These people can become followers and comment whether it’s beautiful, lovable, or creative. Many people in Love Nikki are what I would consider photographers. We create art for ourselves and for others!

I’ll be going back to Japan in twenty-two days to see my boyfriend again! The phone camera is going to be out every opportunity it can be. I love looking at my boyfriend’s cute face and seeing his precious smile in photos. It warms my heart to just have a small piece of him here. He and I are long distance right now, but photos help with the occasional loneliness. He takes photos to show me what he’s doing in Japan. The photos he takes can have poor lighting at times but I love how he just has fun taking photos. His lighthearted approach to photography makes me think that I should replicate his stance on it too. I believe that I’ll be taking many sorts of romantic photos with my boyfriend. Living in the moment and saving some of that moment for later are both equally prized to me. I’ll end it here, as I leave you with one message: Take photos whenever you wish, and don’t be ashamed when someone critiques you.