Submitted for Contest #12 in response to: Write a story that takes place in a small town where news travels fast.... view prompt

It was a cool august morning. A chilly wind swept through our small town making me shiver. I couldn't help but think of yesterday...

"Have you heard about the time machine they made?" Mr. Joe, the store keeper said to me. "They've made one. Sent someone off an' everything." I didn't believe it. Although, he'd never lied to me before, so was it wrong to doubt him?

It had to be true. The entire town wouldn't lie. And what about the two people who'd made it? I had to find this, I know I did. at least to see if it was real and working or not.

I stood in front of the workshop door, trying to seem casual. I didn't want anyone to see me, or I might get caught. When nobody was looking, I ducked inside, quickly hiding behind the wall. When I didn't hear any footsteps come inside, I walked farther back.

The people said it was hidden in the very back of the shop. Although, how could you really hide something that big? I breathed in and out, trying not to think too much about it.

I carefully pushed open the shop's back door, wincing as it creaked and the sound echoed through the shop. I stepped inside, expecting to see someone who was waiting for me, and ready to punish me for breaking in. I saw nothing.

Inside, the time machine was very clearly visible. It looked almost like a tiny, tiny shop. It was circular, made of concrete. A door was fixed onto the front of it, closed. It looked big enough for about three people to fit inside. I slowly walked closer to it. There might be alarms. Or traps.

Once I got to the door, I decided there was nothing. I turned the handle, and pulled the door open. Inside there was a chair, a screen that looked like a TV, a keypad I guessed was for typing in dates, and a random button. I climbed inside, running my fingers over the walls and chair. I sat down, putting on the buckle.

"It won't hurt to just... test it out," I said to myself, knowing what I was going to do next. I leaned forwards and closed the door, then pressed the random button.

A bright blue light flashed, making me slam my eyes shut. Once the light had gone, I oped my eyes. The TV was turned on.

"Welcome to the Time Machine," The lady's voice said. "You will be traveling Two Billion years into the future." Then it flicked off again.

The machine began to jerk and twist and jump, and I sort of wondered what would happen if I opened the door. I closed my eyes again, trying to hold myself in the seat and not go jerking anywhere. At last, the jerking slowed to a stop, and once again, the TV came on.

"You have arrived at your destination." She said, "You may now exit. Whenever you need the time machine, simply call out, 'help'"

Dizzily, I unlatched the seat belt and nearly broke the door down opening it. What I saw was amazing. Flying cars zoomed through the sky. A huge fair was just around the coroner. I heard a soft buzzing sound, and realized the time machine was gone.

As I watched some more, I realized a few people had jet packs. Some people were in these giant bubbles, and they would be floating above a giant fan. Occasionally, the fan would turn off, and then switch back on after a second.

This. Is. Awesome. I had no clue what to do. All the houses looked nice and perfect. Everything looked so... clean. Not like the dirty and litter-covered streets of my home town. startled, I wondered if that is what this was. My town in the future? I hoped so, although, I wouldn't live another two billion years.

"Are you lost?" A gentle voice came from in front of me, and I realized i'd been staring at her.

"Oh, uh, yes. I mean, no, im not, thanks." She looked slightly confused, but smiled, nodded, and walked away. I headed in the direction of the nearest shop. By looking inside, I could tell it sold stuffed animals. I walked inside, looking around. I picked up two frogs, a cute stuffed bear and fox, and sat them down at the register.

"Free. Everything in the worlds' free now. Where have you been?" He answer, sliding the toys back towards me. He handed me a bag, and I began to load them into it. "Money's outdated. Everything used to be so much worse in the past, people say." I nodded. "Belive me, it was." He nodded, and I walked outside, carrying my bagful of animals. Every store I went to- candy store, pet shop, (Where I got a little baby fox!) everyone said the same thing- money was gone. all of it. A few kind people still liked to use it. Pay for things.

But, the problem was, people were taking way more than they needed to. By the fifth shop, I got bored of them having nothing.

"Help," I whisperer, remembering how to get back. A blue light flashed, and a second later, the time machine shimmed into view. I stepped inside, hoping my things would teleport with me.

i hit the random button again, and was again the shaking and jerking came.

It stopped soon, letting me out during prehistoric times. I didn't need the TV to tell me that, either. When I poked my head outside the door I saw dinosaurs roaming everywhere.

Luckily, my stuff teleported with me, and I used something I got from the shops. My invisibility blanket. I didn't know if it worked, or if the dinosaurs could see through it, I just knew I really didn't want to get eaten. I managed to grab a t-Rex egg, hoping to bring it back to my town to show everyone.

As I climbed back inside the time machine, a horrible thought struck me.

I didn't remember what day it was when I left.

Our town didn't have calendars, or phones, (Yet, somehow we can make a time machine? does that make sense to you?). How was I going to get home?! I tried, entering the year and other dates, but every time is was the past and I couldn't find it. I pressed the random button, taking me to different times, but it was no use.

I was lost in time. 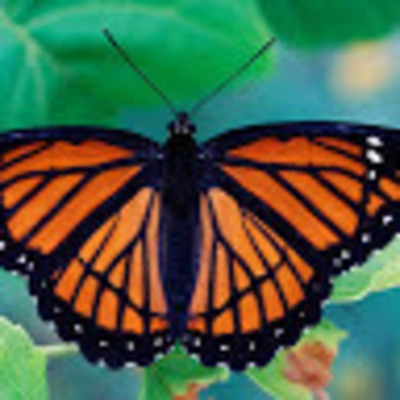