Childhoods, the period where you learn about the environment, feel emotions and still have very little idea about the world. I wouldn't exactly say childhood was “fun” fun more like the kind of relaxation you get from passing out on the couch after a long day at work, because let's be truthful you are the dumb 1 foot child who constantly get attached by the elder siblings and touches the hot iron even after your mum told you for the millionth time it hurts. Most of the memories of our childhood shows that we thought/acted very dramatically in the simplest of situations which indicates that we did not understanding the reality of the world (It is kind of disappointing when we do).Often these are the memories we use to get punished for but years later we could laugh at them. Most of the memories of my childhood are long forgotten but one of them I still remember clearly (Ok maybe not clearly but the basic storyline is the same).It is said sometimes our brains create some details that never existed so I asked my parents about it but unfortunately they were as blank about the day as I was (and people say adults know the best).Some of the details may be inaccurate but as I mentioned as a kid you don't notice much.

My family used to live in this apartment provided to my dad by the government, it was small consisting of three apartments. It was located near the Sabzi-Mandi (Vegetables /fruit market) which was a huge area for vegetable sellers to sell their goods. The seller’s shops ranged from carts the size of a single bed to huge warehouses. It was the perfect place for hundreds of these people to come and sell their goods shouting and in an ugly but easily identifiable voice “Vegetables, 1kg rupees 60, Potatoes, Onions, Carrots….” This mayhem was an ordinary sight to me. You come out on the roof you can see it, you peek out of the window, you can see them below our apartment lived another family the Singh’s (an overused surname). They were more than neighbors for us Mrs. Singh and my mum and my father and Mr. Singh were the kind of friends who quarrel the most but they still know they are the only option for each other so they soon come crawling back. My sister and me myself at their house for hours or their kids (older than both my sister and me) were at our house it didn't matter ,so this was how days came an went (maybe insert a few more tears and scolding and monkeys that bite) .So this one lazy afternoon while I was at their house ,I proudly displayed the candy bar my father had brought for me the previous day, Mrs. Singh (the only person who was in their house) tried to look impressed but after all the snacks I had devoured at their house ,I guess me snuffling out another candy bar wasn’t impressive enough. She replied sarcastically “You always get your father to get candy bars for you when will you get one for me.” As a 4 year old serious kid who always repaid favors even if it meant sacrifice my life, I felt guilty for my sins. “Is this humanity?” I questioned myself “When you forget about your loved ones for fortune”. I soon said goodbye to her and went outside focusing on my mission, blending in the shadows and crouching behind benches like a commando on a mission. A few minutes ago, my father had arrived home from a long day of work and accidentally left the main door open (or maybe this was a scheme by the neighborhood to get rid of me “Avi (my informal name) could get lost and never get back home” I can imagine my neighbors giggling and saying). The gate was wide open the path to a new world filled with air and sound pollution, the road. I went on the main road (it was one of the most crowded ones in the city till now) and pondered on the footpath for a long time wondering whether I should get a taxi or not. The road was crowded with people and people who had other jobs to do rather than rescuing a stupid 4 year old going to repay chocolate favors. I walked a few steps before a man came before me, now I know you can't remember so much details and this detail might be 99% fake but I wrote what I wanted to he had a moustache and hair dyed, coffee brown ,he was he was a this thin man in his late 40s and surely not expecting to see a 4 year old on the road. He knew that I wasn't supposed to be there “Who are you?” he asked. I said in a single word “Avi” “Maybe- maybe you tell me about your house and I can help you get the chocolate.” he replied after I told him about the situation. I agreed but I didn't know the agreement was fake as he just took me to my house where I later got a beating. , my mum says she didn't beat me but I clearly remember the slaps. Was the man and Angel from the heaven (oh EW I just imagined how he would look as an angel definitely not an angel) or the god himself, I don't know but we can at least be happy that some people still help others indicating humanity still exists. The man had been kind enough to help me when most people ignored me is a favor more difficult to return than a candy bar. It is because of these kinds of man this man I am here today, still was it a sign from the God. I guess I'll never know but at least it increases my belief that God and that he descends on earth to help or send noble men to do it. 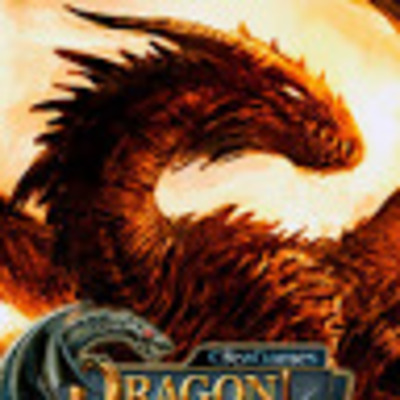