Strangers in the Night

Stephen found himself the lone figure on a deserted road. It had been a long day, and the dismal walk home soured his already foul mood. It had rained a short time ago, and the puddles still gathered in dark pools under the waning light of the sunset. A thick fog blanketed the wet pavement and caused shadows cast by the flickering street lights to dance unnaturally. More than once Steven felt himself cringe back from the swirling fog as it seemed to cling to the shape of a moving creature.

Lost in thought, Stephen hadn’t completely noticed where he was going, but now he decided that he was in an area entirely unknown to him. He had never walked this path before, or at least he didn’t think he had. It was hard to tell in the twilight haze that engulfed the street. He wasn’t concerned about being lost. He hadn’t lost his orientation, and he felt certain he knew which way to go. However, the strain of the day and the mishap of direction weighed him down with the dirt of the day, his energy ebbing away with each step. The shadows seemed to hang differently in this part of town, and Stephen found himself walking a little faster, dodging the light where he could despite his exhaustion. The houses that bordered the road weren’t in bad shape per se, but they had definitely seen better days. Peeling paint fell away from the drab little houses, and slightly unruly lawns fought for dominance over the little stone paths leading from the darkened doorsteps to the road. A distinct smell of mold filled the stale, misty air.

The slight glow of the active city beyond the hill was barely visible in the murky night, but Stephen felt comforted by the sign of life so nearby this desolate road. Stephen found himself clinging to the shadows, not quite comfortable enough to announce his presence in the small puddles of light at the base of each lamp post. The last light of the sun had at last relinquished its final hold over the earth with the yellow light of the street lights casting sinister shadows on the gloomy walk.

A motion caught Stephen’s attention. He felt the movement more than he heard or saw it. The fog twisted around a shadow, unfurling long enough for Stephen to distinguish the bulky shape of a man. His tall, gangly body was draped in a long coat, and a hat perched precariously atop his head. Stephen pulled himself further into the darkness, feeling the shadows push in around him as he tugged his coat a little tighter around his neck. He stopped, trying not to move, trying not to breathe. The man continued on, unfazed or at least unaware of Stephen.

Stephen considered for a moment that the fog was playing tricks on him, brewing suspicion where there oughtn’t be any. Perhaps this man, like himself, was harmlessly making his way home or to some other miscellaneous location after a long and taxing day. Even so, Stephen was not able to keep the goosebumps from crawling over this clammy skin. A sudden chill overtook him as the man stopped. From his hidden position crouched behind a particularly large bush, Stephen saw the man look around. He moved gracefully, melting into the shadows and weaving in and out of the light only to reappear moments later as though made from the very fog that surrounded them.

Stephen crept from his hiding place and followed at a distance. He let the shadows swallow him as he silently made his way forward. Curiosity began to win out over any trepidation held previously by him. Even so, another round of goosebumps crept down his arms with every pause, every unnatural movement of the stranger. A street light flickered on and off. Stephen thought he saw a dingy curtain move of its own accord in a nearby house. With a hammering heart, Stephen struggled to keep his breathing quiet and controlled.

The man stopped again. He crouched down behind a beat up pickup truck and peered around it. Stephen mirrored his movements, bending down by a different car a few feet away. Tendrils of fog snatched at his feet as he waited. Stephen had lost track of time as he followed the stranger, and he no longer had the same confidence about where he was. The figure got up and began walking forward again, more slowly than before. His steps were silent and his movements were barely perceptible in the dim light. He continued walking from house to house with one eye tracking any movement over his shoulder. Floating along there on that eerie night, Stephen could almost make himself believe this man, this thing was a ghost doomed to forever walk these streets at night. But alas, Stephen was a rational man and therefore decided there must be some explanation for this man’s strange behavior that he was now inclined to discover for himself.

The fog had grown denser making the street lights perceptibly dimmer. Stephen used this to his advantage however, as he blended into the deepest shadows, the tenebrous openings that lined the street. With each passing minute Stephen’s puzzlement grew. What was the man doing? Was he looking for something or someone? Was he on the run or at the very least trying to hide from someone? Stephen couldn’t figure it out. Countless scenarios played through Stephen’s head of what led this man to this place. Maybe he had robbed a bank and was looking for a hideout. Perhaps he was double crossed by a partner in crime and was now seeking revenge. It was possible that he was casing the street for a crime he intended to commit in the future. These musings only baffled him further.

Stephen was so lost in thought that it took him a minute to notice that the strange figure whom he had been tailing only moments before had somehow disappeared. Stephen froze, an icy finger of dread dripping down his spine. It was then that he heard a voice.

It wasn’t a voice one would associate with a scary figure or even an unsettling one. No it was a regular voice, the voice of a man. Stephen spotted the figure a few paces away holding what looked like a walkie talkie or a phone.

“This is Officer Bradley. There’s nothing to report here, no lurkers to be found. I’ve been all up and down the street, and there’s no one here, just a handful of houses past their golden days. Tell Miss O’Hara that there is nothing to worry about. It was probably just the fog playing tricks on her like it's known to do.”

Stephen felt as though he’d been slapped in the face. Was he the so-called prowler? He hadn’t considered this. Perhaps, to this man, he was the stranger lurking around the corner, hiding in the shadows. After all, wasn’t he the one melting into the dark corners to watch the man wend his way through the deserted street? Stephen began to feel quite silly. While he followed this man he had believed to be a suspicious character, this man was all the while looking for him after someone else had actually reported him as a suspicious character. Stephen began to chuckle quietly to himself, chiding the silliness of the situation he found himself in. Once the stranger had moved on. Stephen decided it was time to go home. The weariness from earlier reared its head again, and Stephen wandered down the empty street in the direction he hoped was home. 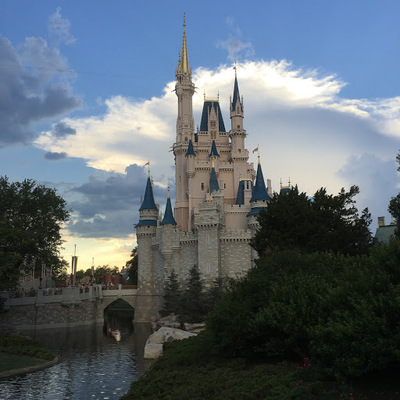