I Just Do Stuff

I love my life. Why would I say that you might ask? For context. The thing is though, I wouldn’t say I love the whole of my life. There’s this guy…you know what? Read on and you'll understand what I mean.

“Hey Charles, you said you’d give me the answers to the homework,” I say in a panic. He keeps trudging on. “Pleaaase.” He lets out a sigh.

“Ok fine, but you better do your homework the next time, Peter,” Charles says ruffling his hair.

“For sure, for sure.” I snatch his homework from his hand before we enter the property of the school. I stop just inside the property and take out the math homework we had to do. I swiftly take my pencil, copy the answers and then give him back his homework. Ring, ring, ring.

“We gotta go, that's the bell,” Charles says. We hurry into the line going into the school. We get to the line and I see that it’s Mr. Huckleberry taking roll call.

“Yo, that’s the teacher I was telling you about,” I said, talking into Charles' left ear, “the one that’s always looking at Alexa.” He looks at Mr. Huckleberry for a few seconds.

“Whatever man,” he says shrugging his shoulders, “you need to pay more attention to your homework than to some random dude.” He then walks into line. I let out a sigh and then join him in the line

“Peter,” Mr. Huckleberry says, back to his monotone voice.

Hmm that’s weird, I think to myself.

“Is Peter here?” Mr. Huckleberry says, looking down the line.

“Here!” I responded. He finishes attendance and we walk into the school. The school looked empty as it always does. We were the only class in the huge school. We walked into our first class and sat down. As usual, Mr. Huckleberry was teaching it.

“William Shakespeare was born in,” Mr. Huckleberry started, with his usual monotone voice. By the word “born” I was already not listening. I had my head down in my arms that were on the desk and I dozed off. Grade 7 history was just not my thing. “Does anyone want to answer this question?” I was still dozing off until... “Alexa!” Mr. Huckleberry, said very unlike his usual self. He seemed happy. This got me paying attention. He was smiling. Smiling. For context, this was the dude who always frowned when talking to anyone and had a dead and monotone voice. Since this Alexa kid transferred in, she’s the only he looked happy to talk to.

“Good job!” Mr. Huckleberry responded. He then goes back to his frown and monotone voice for the rest of the class. Me and Charles then head to the cafeteria for some food.

“Broo, Mr. Huckleberry is suspicious,” I start, “He always seems happy when he's interacting with Alexa but not anyone else,” He gives me a look as if to say “This again?”

“Ok, what do you want us to do? Go ask him about it?” Charles said, clearly uninterested.

“If you have no plan, then there’s no point in talking,” Charles said, blank-faced. Before I got my lunch, I checked my backpack. For some more context, I don’t like to put my backpack in my locker. There've been some reports of people breaking into lockers and stealing things inside, and I wanted no part of that. So I check through my bag, and I’m missing a textbook I need for Mr. Huckleberry’s class.

“Gotta get something” I said, not even turning around. By the time Charles had even begun to say something I was gone. I’m speeding out of the cafeteria to get to the history class and then I see Mr. Huckleberry and somebody else. I got to the window and then duck not to be seen. I then looked at who he was talking to. Is that.. Alexa? I thought. He seemed to be talking to her about something. Suddenly, he kisses her on the cheek and they both turn around towards the door. Before they can see me, I’m already speeding to the cafeteria to tell Charles. When I get to the cafeteria, I scan around to find Charles. I see him at a table in the back and go right to him.

“Yoo, I just saw Mr. Huckleberry kissing Alexa on the cheek!” I say with my hands in the air. Charles rolls his eyes.

“Ok, so if I chose to believe what you're saying, what would it even mean?” Charles said, with a hint of annoyance.

“I don't know what it would mean, but I would like to find out what it means,” I said, my eyes lighting up.

“Are you serious?” Charles said, raising an eyebrow.

“...Fine,” Charles said, covering his eyes with his fingers. “At the end of the day we are gonna track Mr. Huckleberry to see what he does, first we gotta leave after Mr. Huckleberry. To do this, we’re gonna be helping a teacher afterschool, and when we see him going out into the hallway with his stuff, we're gonna make up some excuse to get out of helping the teacher, then go after him.”

“Easy!” I said rubbing my hands together. So the day passes and me and Charles are helping the teacher. We see Mr. Huckleberry leaving into the hallway with his things.

“Sorry, I forgot that we have an appointment with the doctor in a few minutes,” Charles says, with puppy dog eyes. The teacher lets us go and we go after Mr. Huckleberry. He leaves the school and we tail him, making sure not to be heard. He’s approaching his car and someone is already there. We both realize who it is in his car.

“Alexa!” Charles and I said at the same time. They both get into the car and speed away.

“Frick, I didn’t think this far ahead,” Charles said, stroking his chin, “we can’t keep up with the car.” The car goes left at the first stoplight and I remember something.

“Dude, there’s a neighbourhood super close to the school,” I said waving my hands around, he probably lives in there.” We hurry down the sidewalk, cross the road and enter the neighbourhood. We find his car and then walk up to the door of the house where it’s parked. I reach out my hand to ring the doorbell and then hesitate a little. What could be beyond this door? I thought. Charles rings the doorbell before I can. Mr. Huckleberry opens the door. He looks down at us and is confused. Before he can say anything, we push by him and enter his house to see what’s going on. We run for 4 or 5 metres then look to the right. We see Alexa and an older woman eating food. They are now staring at us and we are utterly confused.

“..Who are these people, Mr. Huckleberry?” I said holding out a pencil, if he chooses to attack me. He looks at me for a few seconds.

“That’s my daughter,” Mr. Huckleberry said, pointing to Alexa, “and that’s my wife,” he says pointing to the other woman.

“..WHAT!?” Charles and I said. our eyes popping. Mr Huckleberry explained that he didn’t like teaching grade 7 history, and that he only did it because the school offered him more money.

“That explains why you always smile talking to her, but not anyone else,” I said nodding.

“Yup,” he said, getting a can of sprite out of the fridge.

“One thing though, how come Alexa’s last name isn’t Huckleberry?” I said, squinting my eyes.

“Oh that one’s easy,” Mr. Huckleberry said, while looking down at the sprite, “she took on her mother’s name, not mine.” Then there was silence. Nobody said anything.

“Well, this was interesting,” Charles said, wrapping his arm around my shoulders, “but we gotta get going.” Me and Charles then got the hell out of there. Charles was now giving me a glare.

“Ok, ok, I was wrong, but wasn’t it fun going on that adventure?” I said holding my hands in front of my face. Charles looks at me for a few moments, still glaring at me. He lets out a sigh.

“Still best friends forever?” I said, holding my hand out in a fist. 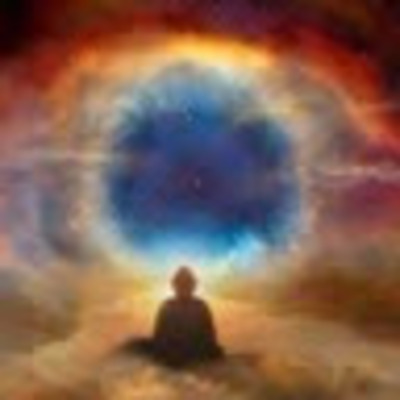 I Just Do Stuff 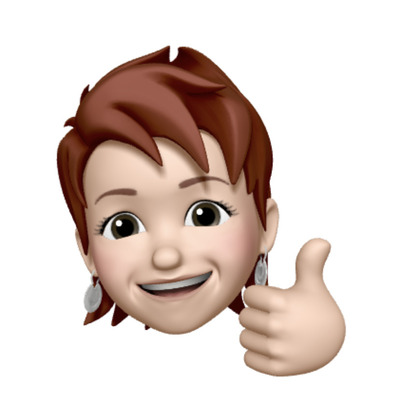 Cute story! Your dialogue is very believable. However, you might want to break up all that dialogue with a little more action that would move the story along a little more quickly.