The city of Clouds in the country of the republic California was a peaceful place. Many believed it to be a perfect functioning utopia. However Jean Warren knew the truth dude to a quick she inherited from her father. She would ramble and often repeats herself something at which the elders would steadily annoyed over. She would often try to hold her tongue in something in her brain which blurred it out. Today she had done it infront if her teacher and he had gone off. Dragging her to the principal his suggestion was that maybe just maybe she wasn’t meant fir this distract. She instantly apologized make an exercise.

“I’m sorry sir I just want to be a professor and sometimes I ramble off facts, forgive me please” she pleaded looking at him fearfully. His eyes softened and the three talked. For the next two Jean did her best to stay out of everyone’s way until a mysterious stranger showed up. He was as weird as herself and yet everyone seemed to welcome open arms. It was during the lunch break that she happened to run into him away from anyone else. It was his words.

“Freckles, freckles, freckles I like freckles so I like your face” he said innocently cracking a smile. “You terribly silly” she laughed. “Really say the girl who told professor Lean that he had a mole on his face”

“ You were there for that,“ Jean said out of pure embarrassment.

“ I didn’t know anyone was there“

“Mr.lean is like family he's my father's best friend”

“Interesting, do you know you are the only normal one  in this town?”

“Normal, norm, Norma, normal, normal that is such a weird, strange word, '' She said, trying it out loud. It sounded strange and foreign like wrecking your nails across a chalkboard. The two talked freely until The lunch bell rang. Awkwardly the two went their separate ways not having another encounter until weeks later. This time Jean was with her father fixing the screens that displayed everything that people needed to know.

“Hello Jean '' He greeted startling Jen andherfsther who we’re not used to other people taking time out of your schedule to talk like normal people.

“Simon, why aren’t you at the temple”

“Its a long complicated story”

“Who are you?” Her father said looking worried for he knew every person in the town and everything that went with it. The anxiety must have been clear across his face because the young man just cracked a smile.

“You’re normal and self-aware as well. It's a pleasure to meet you my name is Simon and I’m here to liberate you, may I borrow her” Her father nodded numbly watching Jane be led away by the strange man. He had always heard about outsider but one had not been seen in over 100 years. They were said to possess an unbelievable amount of self-awareness and intelligence. Some even believe they will bring about a new world, a better world. Most scarfed at the idea because they believe they were living in a perfect world. Having seen the horrors the elders could inflect, he did not believe it was a perfect World. In fact he believed it was quite the opposite. Something in him hoped that the stranger would take his daughter away from all the madness and perfection seeking. Trying to keep his appearances up he went back to work Only to have an elder show up and question him. Two men drug him away and when jean returned a different man was in her fathers place. He instructed her to go to temple and meet with the elders that they had an important topic to discuss with her and that she would feel better after she did. Lying she agree to meet them instead she ran across town to where she had left Simion. When she explain to him what had happened he launched into a long story about the history and creation of the town and how it was riddled with evil and strife. “They have everything need to rebuild the world and yet they horrid it because they are afraid” simion explain show The elders and the people who are brainwashed only saw what they wanted to see. That none of them can you say they were too far gone the only chance is for the future generations to reverse the damage caused.

As they kept thought town Simion pointed out all the strange things.

“It's a  place where people fix other people cause they broke” Jean processed the information with a twisted look forming on her face. “Then people stop working?”

“Yes we can die, the elders remove what does not fit into their plan” Jean swallowed in fear as Simon tugged her towards the fruthest building.

“Don't worry no one guards it”

“Everyone follow the rules,” Simion said, pushing the rusty doors open to devil a high-tech wonderland that was covered with dust and webs.

“What happened to this place?”

“The idea of perfection, perfection is a myth, perfection is a lie” He said shaking his head as Jean examined the machines they were similar In a way to the machines she used with her father. Starting down at a large control panel Jean pushed a button. Simon watched in awe as the building sprung to life his face lite up.

“That's right, your mechanic!” he said thrilled running up to her.

“Do you know how to open a locked security door?”

“Yea” she reached into her work apron pulling out a code scanner.

They turned into a storage area Simion became delighted. Searching through the drawers he pulled out a key to the lockers. “Oh my gosh look” he grinned pulling out several jumpsuit uniforms and bags to the ground Simion put on the suit and backpack on.

“Your going to want one of these maybe two, it's cold outside the dome”

“Yes the city is a dome” he explained shoving files of medicines and meal packs into a bag, sweet fresh water” he said beaming. Jean was so very confused. Simion excitedly ran from room to rook stooping in a room full of macabized viles.

“Wows right, we have to take this with us” Taking one of the big machines and as many vials as they could carry. They races to another room that contained weapons locked in cases.

“Evil, ” he said softly, urging her out the door, they stepped out instantly hearing footsteps in the distance. Fear washed over his face. “Run, run, run” he muttered trying to muster the strength to run up the hill and then back down into the outer edges. They ran vigorously with the machines in hand. Simion who was pecking over the shoulder could see their Assailants hot on their tail. Making a sharp turn he lead her into what looked like a wall. Pulling back the paneling he revealed a secret passage. Leading her down the passage he took the sewage exit. Helping her down they stood on the edge of the slush.

“Okay here’s the plan, you're going to go first, Turn the handle three times, I said three times then take right, follow the tunnel to the end and pull the hatch that underwater take that until you get to the door, shut everything and wait for me” he said nervously hatching a plan.

“ what about you, what are you gonna do?” She said squeezing the machines clothes

“I’m going to make a distraction, a very good distraction“ Herepeated happily running in the other direction yelling go quick. Nervously she held the strange container and ran. Following his Direction, she found herself in a dark tunnel with only the strange blue glove of the machine she carried. In the dark, she felt for the hatch prying it open she slipt through it into the word shaft that leads to a small door. Pushing it open and she felt a gush of wind. Amazed, she steps out taking a deep breath of air. It was pure, beautiful, true colors that capture the essence of life. Trees that threaten to touch the sky and rivers that run for all that I could see made her wonder how the elders ever could’ve thought that the metal constructs were better for life. Jean wondered how they thought The screens are good for people. “Amazing, beautifully stunning wow” she gushed as the earth began to shake. A bright light engulfed the city as the door next to her debug open. Simon exited holding seven machines and a bag in his hand.

“We should run, run fast we should” he did grabbing her hand clumsily trying to hold everything together. “Why run?” She repeated running with him clutching the machine tight. The back pack clicking against her. Simion shrugged softly.

“Boom?” She repeated in confusion thinking that she just heard of the boom. Suddenly A series of loud pops occurred and then like sand the city crumbled to the ground reviling dozens of more done like constructs.

“Come on, I’ll take you to my people” Simon's head with pride.

“I didn’t do anything” Jean said confused by his words.

“Your the first girl I’ve met who’s normal who thinks and repeats and understands,”

“Not to mention your a mechanic it’s a lost art, and your bring back the lost, they love you, like I do” he said smiling and stunning Jean as they entered a really well-hidden hideout that was camouflaged into the environment. Several dozen people rush to greet most of the men. JeAn came to learn that there were only three women left in their tribe that the dome had taken all of them. This information surprised her and the more she learned she realized that someone a long time ago set out to make it a perfect society and forgot what truly made it. Looking around her she saw a family a group that cared. That’s what mattered not how perfect something could be, for one was anything but perfect. Jean stood there for a moment watching them fondly. She smiled cursing the people who had created the hell she had grown up in. 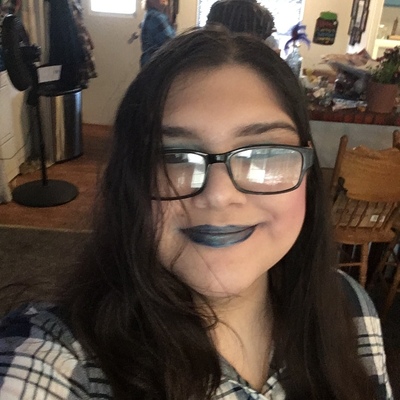