“Are you kidding me? This is literally the worst of the worst-case scenarios!” The not-so-subtle eyebrow twitch and shudder that followed Mrs. Merryweather’s comment would’ve had you believe that there was a serial killer on the loose. Could you blame her, though? Granted, her reaction was a tad dramatic; however, in a small town like Xenoville, things don’t take time to explode. Your everyday run-of-the-mill pick-pocketing also gets the attention of the whole population.

“What else can you expect? We all know--”

Whispers of general agreement started making their way throughout the town square. The bemused gathering of spectators burst into a cataclysmic fit of rage and stormed towards 13 C, GreySpurn Lane. If at any point a fortune teller decides to market themself, they should put the mass’ decision to pay the hooded Mr. Grumps a heated visit on their resume.

Meanwhile, at 12 C, GreySpurn Lane, Mrs. Riley was preparing her husband’s favorite dinner, blissfully unaware of the seething mob of unsolicited activists making their way through the neighborhood. To the outside eye, her life would seem pretty unremarkable, but for the people closest to her, she was in no way or form in a rut. Her mornings began with a gentle practice of yoga followed by her attendance in the kitchen for the day’s meal preparation. After a few moments of early morning romantic adventures with her husband, she would put her hair in a messy bun and whip out her priceless typewriter. And off she used to go to her dreamland- type, type, type, type, type! Her lunch would be followed by her experiments in knitting, often resulting in people around her wearing unflattering scarves.

On this particular day, Mrs. Riley had just finished knitting a scarlet scarf, one of the many she had made over the past month. The rosemary-infused aroma of the slow roasting chicken wafted through the kitchen windows, prompting Mr. Grumps to open his kitchen window and enjoy the deliciousness of his neighbor’s cooking prowess. A rather simple and common gesture; however, to the people in the neighborhood of Xenoville, this accounted to a murderous move. For the townsfolk, this man with large bones and a crooked nose had no redeeming qualities at all.

Mr. Grumps, or as the local kids liked to call him, Mr. Yeti McEerie, was always a recluse. No one knew what his house looked like or what his job was, or literally anything about him. Every now and then, a paid worker would come by to trim his hedges and mow the lawn; and despite that, the backyard of Mr. Yeti McEerie remained somewhat untamed. While his physical appearance did not help his case, his reluctance to mingle and participate in the town events made him rather undesirable. Weekends only made it worse, for the sight of incense smoke coming out of a town pariah’s house only meant one thing- sorcery.

Every so often, the wide-mouthed Mr. Grumps would make an appearance at his front gate to collect deliveries. This was the time when people snooped around their backyards and windows to get a better look at him. To catch him in the act of abominable things was something everyone tried, but no one was able to manage. Here’s everything they could figure out- Yeti McEerie was left-handed, he had a wobbly walk, and he ordered a lot of books. For the common man, ordering a ton of books might be normal, but when M. Grumps did so, they were all books related to witchcraft. What next? The only thing that happens in such scenarios- rumors started flying about him. Every unexplained disappearance, unnatural death, non-seasonal storm, every broken window was blamed on him. Mr. Grumps even had a few miscarriages to his name.

The town newbie, Mrs. Riley would well up every time she saw people muttering prayers under their breaths while passing by her eccentric neighbor’s house. She had a completely different viewpoint of the situation. According to one of her morning pillow talks, she thought that Mr. Grumps was someone who had intense social anxiety and preferred the comforts of his home. And even though her husband did not share her sentiment, she stuck to her opinions and would knit a scarf for him as well. She would drop it off near his main gate and would find it gone the next morning, a gesture that made her happy. In her sweet little mind, she thought that perhaps her acts of kindness might inspire others to do the same; if not, at least she had made someone feel good about themselves. That is exactly why she ran outside the minute she saw people parading towards her neighbor’s house.

“What’s going on?” she screamed at the seemingly scary mob.

A huffing and puffing Mrs. Merryweather very kindly answered her, “We are going to end this once and for all!”

“Oh, don’t be so naïve, darling, you know what and who we’re talking about.”

“Okay, would you please tell me why? What happened?”

Mrs. Cox interjected, and in her nasal-y voice said, “Didn’t you hear about Mr. Avery? His house was ransacked. Nothing was stolen, except a few pictures! Why, obviously, this is a scary situation, isn’t it? We all know that someone took those to ‘magically’ harm him.”

It took a while for Mrs. Riley to understand the situation and find words that were not disrespectful. “Are you sure the photos weren’t just…misplaced?”

The mobsters reacted exactly as she had expected. “Of course not!”

“Who takes photos and leaves out the cash?”

“We all know that bad things have been happening ever since he moved in here.”

“Come on, are you so stupid! Even now you won’t see his evil!”

Mrs. Riley had to shout her lungs out, and shush the crowd. “Fine. Fine. Don’t believe me. Let’s go and find out. But, please be nice. Violence won’t give you answers.”

The loud banging on his front door mixed with a couple of ‘get outs’ made Mr. Grumps jump. As he opened the door and stepped out on his lawn, abuses and hurls were shouted at him. Seeing a visibly nervous and palpitating Mr. Grumps, Mrs. Riley shushed everyone once again and very calmly tried to explain the whole caboodle.

“I just know his name, okay. Now let me talk. So, John, I’m sorry you have to witness this. But please will you let us know where you were last night?”

Everything about Mrs. Riley was so calming. Yet, John was shaking and fidgeting with his scarlet scarf. He couldn’t answer. He had no words. To the unassuming eye, John would look like a schoolboy, being punished for stealing someone’s lunch. However, his reluctance to speak only angered the crowd.

Before anyone could say anything, Mrs. Riley blurted, “Listen, you obviously know everything that the town people say about you. Please, don’t give them any other opportunity to hate you. See, I think that you are innocent, but you need to prove it to these people over here. They won’t take a simple belief as an answer. Once and for all, explain yourself and get rid of the bad name.”

All this while, Mr. Riley was at the ready to jump in and swoop his wife away from harm. At the ready.

Mr. Yeti McEerie now looked like a tiny puppy being yelled at for chewing a slipper. His face was red, and you could see tears forming in his wrinkly eyes- a sight that shook Mrs. Riley to the core. She never understood the town-wide hatred for someone no one knows anything about.

No answer. A realization dawned on the townsfolk- no one had ever heard him utter a single word. Could he speak at all? Right on cue, Mr. John Grumps started to say something but shut himself up. He ran inside and came out with a tiny piece of paper, which he handed over to Mrs. Riley.

Mr. Riley had darted towards his wife the minute John ran in, fearing he might come out with a gun or something. As he lovingly stroked her back, his hand reached towards the paper, “What is it, honey?”

Mrs. Riley opened the crumbled piece of paper, examined it and said, “It’s a retuning train ticket. He wasn’t in town for the last few days. Came back this morning.”

A sigh of relief. Mrs. Riley thought that this would be enough to silence the crowd. Boy, was she wrong! A riled-up mob without any outlet for their frustration is bound to do something unnerving. They did not accept the seemingly concrete proof and stormed inside John’s house. All Mr. Grumps could do was look on and be shoved by multiple people who hated him to the core. Mr. Riley was busy comforting his tearful and flustered wife. And the rest just violated all human laws and bombarded 13 C.

Mrs. Riley wiped her tears and ran behind them. So did Mr. Riley. What lay in front of her was unimaginable. The murderous rage in the mob’s eyes was replaced by bemusement. They looked around and found nothing extraordinary. If anything, things looked a little too normal for their liking. An old grey couch, a wooden rocking chair, a few handmade trinkets, and a television greeted them. The kitchen was well-maintained. The rooms were fairly bright and furnished in old Victorian drabs. Literally, everything was normal. The living room even had a display of all the books John owned- renowned classics, a few self-help books, and the bestsellers.

Mrs. Riley lit up and chided everyone for the way they acted, “See, no cobwebs or coffins or dead bodies or skulls around here. Dear God, what an abomination!”

The guilt-stricken faces looked around, trying to avoid all eye contact. John was stood by the door, his hands clasped together in front of him, head looking down, and a slump in his demeanor. Mr. Riley was the first and the only one to go up to him and apologize. The smile that followed the apology was magical. Mr. Yeti McEerie had the most golden of smiles. His eyes moved towards Mrs. Riley, and he mouthed a thank you. Mrs. Riley looked triumphant and felt at peace. She was right. She had always been right.

People dispersed. Mr. Grumps was alone and had a victorious smile on his face. He could hear the entire neighborhood talking about their mistake. Every acceptance of wrongdoing widened his smile. He walked towards his library and pondered over what book to read next. As his pointer finger moved across the various titles, a dusty maroon hardcover caught his eye. He pulled it out. And with that, the entire bookshelf opened up to a room whose existence no one ever suspected.

Coffin. Skulls. Blood vials. A Dark Magic shrine. Books on witchcraft. And pictures of every single townie. Mr. Grumps’ favorite place was backlit and smelled of incense. A high-pitched, disturbing and ominous laugh escaped his lips- a laugh that sadly no one could ever hear.

In a shocking turn of events, a local woman has disappeared without any trace. A frantic Mr. Riley is still on the lookout for his dear wife. 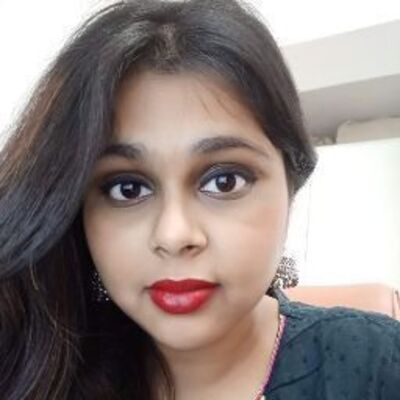