Empty steps never lead anywhere, but he takes them nevertheless.

The walking helps. At least, he will pretend that it does. He walks in circles along the park path and tries to convince himself that there is a destination ahead. Maybe someday there will be.

He isn’t really paying attention until he begins to hear the distant syncopation of footsteps.

It was always like that. She could take all the color in the world and pull it into herself until she was saturated and glowing and bright, and he would blink and there she was, the only thing worth looking at.

The only thing worth remembering.

She looks the same, after all this time; the slope of her nose is a little curvier and she’d cut her hair short, but to him she would always be the same:

The girl with the wire-rimmed glasses, dressed in sunshine and tapping her feet to the beat of the universe.

Freshman year in the 80s, when the world had made sense and time seemed to stand still. Everything was holding its breath, everything pushing down on the children with wide eyes and hopeful hearts, children that eagerly awaited the day they would be released. Awaited until they could explode into motion.

That day, he had been caught in the tide of students, shuffling down the high school hallway with his head in the clouds but feet painfully grounded, when she first reached out and caught his arm.

And, just like that, the Earth began to spin again.

He stared at the hand wrapped around his wrist as it pulled him from the hallway and away from the crowd, away from the noise and the sweat and the waiting, and as the bustle of the other students faded he began to hear a soft thump, thump, thump.

He wondered if it was the sound of his heartbeat or hers, or the heartbeat of the universe.

She whispered to him, “Care to dance?”

She giggled, and in that moment he promised himself that he would do anything to hear it again.

“It’s easy,” she said, and when she took his hand he squeezed it tight. “Just follow the beat.” And off they went.

That was how it started.

He followed the beat until the bell rang, sounding shrill and out of tune and ugly. After class, he caught it again, followed it down to the river where they skipped rocks and played tic-tac-toe in the mud until the sky was orange, and then he followed it skipping down to the bus stop, where they parted ways. He tapped it with his feet as he rode home.

He followed it all the next day, and for the next few weeks. She held his hands and counted “one-two-three-four” until the world was synchronized and pulsing. Eventually he followed it to the lamppost on the south side of town, where he kissed her with the rain pouring around them to keep the tempo.

He followed it for the next three years, catching her hand in between classes to twirl her in the hallway and tapping his pen in class to make sure he wouldn’t forget. At prom, they bounced to the beat of the stereos until she’d told him that it wasn’t as good as theirs, so they snuck out the back door and danced by themselves in the pale moonlight, with the stars as their witness.

The last summer came too soon.

He had wanted to stay in school, and she had left to see the world. They called each other as often as they could, but it was hard to find a telephone when she was always traveling and he never knew where. Eventually, he stopped looking.

“We can try harder,” he had said, twirling the phone line and imagining it were her fingers entwined in his. “We’ll schedule the calls, or I’ll take some time off to go see you—”

The voice on the other end was soft and buzzy. “You can’t,” she replied, her voice cracking. “It’s— Don’t take off school because of me.”

He shook his head feverishly, “Fine. Come back home then. Please.”

“For what?” he exploded, anger spilling into the handset and coating the room in red, fiery marks. “What are we doing? You said three months. You promised.” His voice faltered. “You swore it’d only be three months.”

She said, “I think we should take a break.”

And there it was.

He curled the line tighter around his finger.

The silence buzzed in the telephone, cold and unforgiving. Finally, she came through again, “We need a rest. A... break from the dancing. A break from the music.” He could hear the pain in her voice, how it trembled like an unsure flute. He hated it.

He stared up at the popcorn ceiling, biting his lip. “I’m sorry. I didn’t mean to yell at you. I just… miss you a lot.”

“I do too.” Her voice was blue and distant. “We’re not in tune with each other anymore. We’ve lost sync.”

He could feel the walls closing in on him, all jagged and oppressive, and he shut his eyes to block them out. “We haven’t, we have to try. We have to—”

“The beat always catches up in the end,” she said quietly. “We should stop before it overtakes us completely.”

But it’s already taken me. But I’ve kept with it for four years, chasing and tripping and marching on. I learned to dance for it. I learned to change the melody and transpose the chorus. I learned to let it into my heart, all of it, until I could feel it shooting through my veins; I’d gotten addicted to it, intoxicated by her laugh and her hands and her voice and her smile and her. I’d gotten hooked on something that was too good to lose.

The next day he’d marched up to the administration office and dropped out of school, because if he couldn’t control anything else then that was where he would start.

Anyway, she couldn’t tell him what to do anymore.

He spent the next year searching for the music again, chasing lines on a staff with no direction except the song in his heart. But it was erratic and offkey, slightly sharp and too shrill. The beat began to fade in his ears until he couldn’t hear it anymore, and muscle memory couldn’t quite tap it out. It was several months more of weary hoping before he could admit that he’d lost it.

Then she was gone.

He’d taken the first job he could find and worked his way up the company, passing through the cramped cubicles and broken microwaves and parking passes and elevators, and then offices and glass windows and swivel chairs until he’d found that there was nowhere left to go.

So he stayed there, and the world turned slower with every person that passed by on the street below him. Drove a cheap car even though he could afford a better one, took his coffee decaf and spent most of his time filling out spreadsheets on the desktop. When a coworker had asked him out, he politely told her that he had a girlfriend, and when his parents called he sent them to voicemail. He forgot about the music because it was too useless to remember, and found that it was much easier to focus on nothing at all.

He learned to tune that out, too.

Seconds to minutes to hours to days. Years turned over; he didn’t know how many. Everything had a rhythm, and he had forgotten how to count. So it all mixed together, a million drops of ink and paint and clay being stirred until it was just mud. Quiet, grey mud.

Now he looks up again, and now he can only focus on her. Now, he reaches out and catches her arm, and when she turns to find him there is confusion in her eyes until the recognition flickers through.

The girl with the wire-rimmed glasses.

Tapping her feet to the beat of him.

He can think of nothing to say except, “I remember you.”

They stand there, watching each other, and suddenly, in the clearest silence he has heard in years, there is a single piano note ringing in his head.

She looks down at the hand wrapped around hers.

“I’m not,” she says, and takes his hand again. She smiles sadly. “You’ve forgotten how to dance.”

There is a buzzing in his ears. “It’s coming back to me,” he answers, and as he does he begins to hear the pounding, faintly, echoing in his head and bubbling from his chest.

She giggles, and he grins. “What if we lose the music again?”

He shakes his head and pulls her closer. 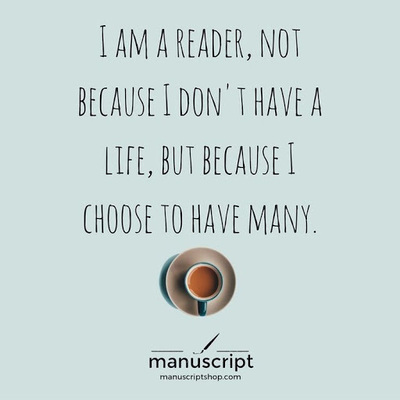