THE BALD HEAD WITH POINTED EARS

THE BALD HEAD WITH POINTED EARS

The first time they saw him he was lying ( sleeping) under a table in the small square in front of the Cecchi bar, which also served lunches, so there were several tables outdoors, in front of the bar.

The first to see him, early in the morning, was Rosa, who lived in the house attached to the bar.

Rosa, who was seventy years old  and almost limped, had just looked out the door, without having taken a single step, when had seen that there, a man , wrapped in a black blanket , lying under a table. That man, a middle aged man, had  a completely bald head and two ears so much large that looked like waving, and which were pointed on top ( ended in point). Rosa had been terribly frightened at the sight of that man , and she had informed immediately Louise, the owner of the bar, because, after all, the table under which that strange guy had gone to sleep belonged to the bar. Louise didn’t seem worried at all, she just glanced at that man who kept on sleeping under a table, he was also snoring loudly, and she said , with nonchalance : “ Lets him sleep. It is still early”

When that strange guy, for sure a tramp, woke up he came into the bar and had a hearty breakfast of fried eggs, sausages, bread and salami. In addition he drank half a liter of red wine. Then he , as soon as come out of the bar, had moved away the square, which was about in the centre of the neighborhood, and after that he seemed to be gone.( disappeared).

But two days later he was seen on the road that led to the nearby hamlet. That man was walking leaning on a big and long pole used as a stick. He was wrapped in a black cloak, some people said, while other claimed that he was shirtless, with a blanket over his shoulders.  All those who had seen him had remained very struck by his large and pointed ears, whose tips soared above his bald head. Indeed there were even those who swore that  this guy had horns. And they did not fail to add : if he had the horns, he could be the devil. The dispute, or controversy, about what stood out of the bald head of that tramp excited many people of the neighborhood, which was a suburban neighborhood. If those which stood out on his bald head were horns, it was very likely that the strange guy was, if not the main devil, at least one of the minor devils. And then, here, the dispute became even more heated, since there were those who did not believe in the existence of the minor devils. They claimed firmly and aloud that he, the Devil, was one and only one, by God! If anything the Devil, One and Only One, could take on different aspects, could present himself with different appearances.

After that sighting on the country road which led to a nearby hamlet , that strange guy seemed to have disappeared again. And all the inhabitants of Zelli, the neighborhood , where that one….probably really a devil, had made his appearance….going to sleep under a table in the square in front of the Cecchi bar, they started to wonder WHERE he could have gone . The road on which they had met him led to Caste, a hamlet in the countryside, without industries or significant activities, with a small church and a very small cemetery. In that fraction, Caste, there was only a very small bar , that closed at six in the evening. What could someone like that there, who had even  horns….oh, well, they weren’t really horns, they were ears, yes, but indeed they looked like horns….and they, his very large and pointed ears, however, made him looked like the devil….so (then) what could someone like that there go looking for in Caste? Then there were those who felt compelled to remember that in Caste there was even that community of ex prisoners….What was it called? Save in God…? No, All saved in God, here, by God!  But sure, how could they not have thought about it? Maybe that…..that devil, yes, since , on , he seemed a devil, he had to have been a former prisoner, but he could also have been a convict, who had escaped from prison and who was seeking refuge in the community___All saved in God____, that don Pippi had founded in Caste. Ah , that don Pippi was a priest who had a past in the Foreign Legion, yes, he had been a mercenary, he had killed a lot of soldiers in the wars he had fought. He had also cut off a lot of heads ( to enemies). There were those who told of having seen photos in which don Pippi proudly showed, holding it by the hair, the head he had just cut off from a soldier. And to say that now all spoke of don Pippi as a saint.

But maybe about that strange guy ….with horns they had gone wrong ( they were wrong). Perhaps he was neither a convict nor a former convict. The fact is that: this strange guy, who looked like a devil, indeed the devil himself, as some of them asserted convicted, one evening he made his reappearance right in the square in front of the Cecchi bar, and to say that he amazed them is too little. He arrived wrapped in a long black cloak bordered in red which he took off with a large, almost solemn, theatrical gesture there, in the centre of the square, in the midst of the patrons of the bar, who were staring at him astonished, enraptured, with their noise up in the air.

That wacky guy , with horns, was shirtless. He had remarkable pectorals, and a lot of thick hair on his stomach. Remained bare chested____he was wearing black trousers with a white band____he started to jump, to dance between the tables, jumped on the tables. And, while he kept on jumping and dancing, he began to launch colored little balls, red, yellow, green balls,  in the air. Then he picked up those little colored balls with his mouth or feet, launching them again up in the air.  He also performed in repeating somersaults on the table, from table to table. But the highlight was when, with the flame of a lighter, he began to do the fire eager. Very high flames came out of his mouth, flames that , after having circled  over the spectators, who crowded the square,  he swallowed, opening immeasurably his mouth, which really looked like the door to hell.  The children , who in the meantime had flocked in large numbers to enjoy the show, began to shout enthusiastically : “ Hurrah! Hooray for the magician! Give us more magic! Again and again magic!” That there, the bald man with pointed ears, who perhaps was really a wizard( magician) or, at least , a good conjuror, and an excellent juggler____even if this didn’t mean that he wasn’t also…..the devil_____ that there, probably a real wizard, worked hard to please the children. He spat high multicolored flames as he was performing flips and somersaults. He sent flowers , and also candies, and chocolates out of the nostrils of his nose. He even brought out a dove and a rabbit out of his big ears. The children went into raptures, and they kept on asking for more magic, for magic again. They also asked to be able to touch the big ears of the bald man. But at this request the man suddenly became gloomy. He said that he absolutely could not allow his ears to be touched. And, as he was so saying, he covered his ears with the black cloak , which he picked up from the ground. He seemed to want to protect his ears, indeed to hide them. He seemed afraid they would take them away from him, someone murmured.

However, so that the children would  not be too sorry  for his refusal to let them touch his extraordinary ears, which were real flappers, the man, perhaps a magician, perhaps a devil, performed in a number that convinced everyone , young and old, that he was certainly a wizard, a real wizard. The performance ( show) still took place in the square in front of the Cecchi bar. That devil man dribbled with a ball which he had made suddenly appear out of the nowhere snapping two fingers of his hands. He dribbled the ball by kicking it with his feet and his head, making it bounce from the feet to the head , and, soon again , from the head to the feet. Until that balloon, which was bouncing off his bald gourd, opened and a prickly looking doll came out, which jumped to the ground and started to walk with little steps, sending kiss on the tips of her fingers, and whispering: “ Psyses-psyses….” That very pretty doll was then transformed into a little gnome, which threw himself on his stomach and moved rubbing his body on the ground, meowing :  “Gne-gne” At sudden the gnome turned into a very little mouse , which soon started to multiply into a lot of little mice, which invaded the square, running, and which suddenly disappeared when he, the man with the bald head and the large pointed ears, emitted a hissing whistle.

Of course, the cats, which in the meanwhile had flocked the square, to hunt the mice, were left with a palm of their nose ( they were very disappointed).

That strange man, who perhaps was a magician, who perhaps was a devil, continued to sleep, at night, under a table in the square in front of the Cecchi bar where, as soon as he woke up, he had, every morning, an abundant breakfast. Then, during the day, he disappeared, and nobody knew where he went.  Until one morning his big, pointed ears were found under the table where he used to sleep.  Well, since that morning no one saw anymore that man. Even if, to tell the truth, there were those who told to have met, on the road that led to Caste, that same man but….in a reduced size, that is, much smaller, and without ears. 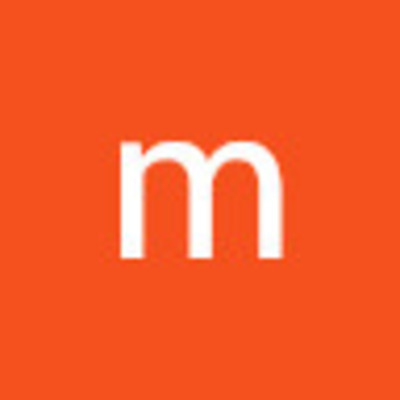