Not Who We Thought She Was

I won't ever forget Winnie Baumann.

It was the summer of '92, I was thirteen at the time. Winnie Baumann just moved into the big, yellow bricked home three houses down from mine.

She was a small, plump old lady, not even reaching my 5'4 frame. With grey hair, and beady brown eyes hidden behind thick brown glasses, I'd guess she was well into her sixties, though you'd never know with how energized she was all the time.

There was always a smile on her face, and she greeted the new neighbours like they were already her friends, family even.

It was a nice change, since our neighbour on the other side of us hated me and my brother, despite us not doing anything to him. Guess he just one day woke up and decided that we were the spawn of Satan and wanted us gone.

He was just one of those guys that despised children, and Winnie was the opposite, loving them.

Though, she never had any of her own, and every time I'd ask, her face would get sad and she'd mention how her husband, Arthur, died before they could make any. She never remarried, knowing in her heart that everyone had one true love, and hers passed away young.

It wasn't all bad, though, she'd tell me. She often fostered other children who's parents didn't want them or couldn't afford them. She'd offer them a home, a safe space, a loving guardian. Everything they needed to survive and grow as a person. She'd tell us how she would help them with homework (being a teacher herself back in her youth), make them do chores - because it was good to put them to work, gave them exercise, along with a bit of spending cash - and loved them like they were her own, because every child needed a parent. And she wanted to be that for all of them.

Winnie had taken in over 100 children in her life, and planned to continue until she was no longer able to provide.

The neighbours called her a saint, a gift sent from God himself.

It wasn't until I was thirty did I finally know the truth.

Midnight rolled around, I was slipping in and out of consciousness, dreams already pouring into my head, when suddenly, everything was blue and red.

I saw the lights through the blinds in my room and that jolted me awake. I peaked outside and saw that the police were at Winnie's house.

I went downstairs, a panic in me started to rise. Over time, I had made friends with most of the foster kids in her care, was one of them hurt? Did poor Winnie fall down the stairs in the middle of the night, breaking something that would prevent her from helping out those poor kids? Would they have to leave?

So many questions ran through my head, but before I could step outside the front door, my father grabbed me, told me to go back to bed. I was confused, but I listened. Though I did spend hours watching through the blinds, hoping to catch a glimpse of what was going on.

The next morning, no one spoke a word of what happened, but I noticed my parents giving each other looks whenever me or my brother would bring it up.

Unfortunately, the conversation would change, and we'd be forced to drop it.

It went on like that for a long while, even after Winnie and the kids were gone.

None of the other parents would talk about it with us kids, and anytime we entered a room, the hushed whispers died, and obvious fake smiles poured on their faces.

I had no idea what happened that night....

Until I brought it up seventeen years later.

And this wasn't the first time that this had happened.

She had gotten away with it before. Fostering kids, killing them, and then up and leaving, only to reappear a few months later with a new identity, starting over with her horrendous acts.

This particular night, however, didn't go as planned.

From what I was told, she had locked all the doors so no one could escape, and took an axe to one of the children. Ben, one of the boys I befriended.

The rest scattered, hiding so they wouldn't be the next victim.

She continued offing the children, the ones she could find anyways, and went about looking for the others.

One little girl hid in the basement, scared, crying silently so she wouldn't be found.

A couple of times, Winnie found her way into the basement, moving boxes and tarps around to see if any of the children were hiding there. Anna - the little girl - was small enough to crouch in the far back, hiding herself in the shadows so as not to be found.

After a while, she knew that she had to be brave and escape. Luckily for her, there was a tiny window in the basement. Winnie thought it was too small for any of the children to slip through, so she didn't bother locking or boarding it up.

Lucky for Anna, her tiny body fit through the tiny window.

She saved the rest of the children that night.

When I heard this story, my heart sank.

I had been in that house, I considered Winnie to be a good friend of mine, she'd give me cookies and play games with me. We'd laugh and watch movies while she made us popcorn. She really seemed like a good person, and it baffles me to this day that she was bat-shit crazy.

Guess you never really know what some people are like behind closed doors.

This was inspired by an article I read about an old woman who killed elderly women in a boarding home she managed. 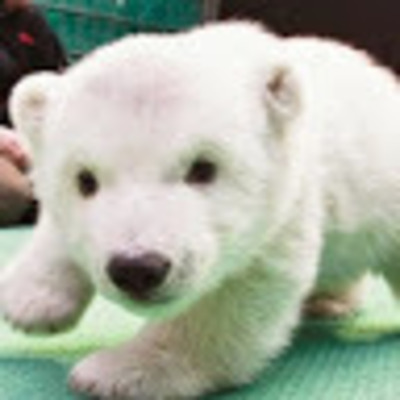 Enjoyed the story but I thought the title gave away the twist in the plot. The descriptions are very neatly done.