The Man Across the Street

With her hair in a messy bun, eggs on the stove, and a cup of coffee in her hand, Jessica found herself standing near the windowsill and staring at the numerous passersby on the road. It was nothing new of course, for that was her routine. Each morning found Jessica looking outside of her window and observing people. Sounds creepy right? But worry not, Jessica isn’t our regular stalker. She’s a writer and observing people’s characteristics is her favorite game. She has written more than 20 stories all about her neighbors and none knew any better. She had a way with words and could capture the most contradicting of actions in a beautiful way. Her latest quest, may you ask? Professor Smith Adams.

Mr. Adams of 56 Brooklyn Street was nothing more than an average psychology professor in the local community college. Or so the people thought.

He lived across the street in a beautiful white two-story house. The fences around the property did a terrible job of keeping intact his privacy but an amazing job of protecting his gardens. Gardens full of fragrant roses, jasmines, and lilacs. He even had vegetables planted in a small patch in the corner of his garden. While the space to his left housed his precious plants, the right held wonders. The man had a huge white porch swing and a barbeque station all to himself. Well, not initially, for he had once been a married man, and the house was filled with the laughter of the two children who ran about playing tag.

It was a pity that he hadn’t used the swing ever since his wife divorced him for personal reasons. For two whole years, Jessica has seen the swing lay vacant before her own eyes. On occasions such as today, when the sun was bright but not overwhelmingly hot, and the cool breeze made its rare appearance, Jessica had been tempted to just go over to his place and sit on the porch. Or maybe even trespass into his property, if he refused to let her use the damned thing.

Every day, Jessica would see Mr. Adams leave his house at exactly 12 minutes past 7 with his suitcase in his hand. He was what people called the “The Pristine Man”. With not even a single hair out of place, he was always dressed in impeccable clothes, radiating the aura of an austere man. And he indeed was one. The students in the college were so afraid of him that they would go back to their places just by listening to the click-clack sound of his shoes. To the other people, he was merely a cold professor who lacked human contact. Amongst the approximately 50 invitations to dinners in the neighborhood, he had turned up at two - one at his aunt’s house, and the other when his wife had happened to be home to collect her stuff.

If her neighbors were to be believed, he was a loner, for he had no one visiting him during the day, and the probability of him going out to see someone himself, was as low as getting 54 Sundays in a year. Yes, you got it right. It is, in fact, zero.

But Jessica knew better. Having been a writer for more than 20 years made her a better judge of character than most people in her locality. She’d seen him buy cookies from the girl scouts every week since the last year, for she did the same, and had seen the way he would stand in his window and look outside at night, thinking he was hidden from the public eye. If Jessica were to make a guess, she’d say he was healing. She would even bet her entire fortune on it. So, when she got the chance to finally check her theory, Jessica made sure to take full advantage of it.

On the 70th anniversary of the college, she’d been invited to address the gathering as the guest speaker. Since she lived right across the street, Mr. Adams had been bestowed with the task of giving her the physical invite and running over her script. Wonders of wonders, 20th of July had seen Smith seated comfortably in Jessica’s living room. It had been a funny start, that one. The moment he’d rung the bell, Smith had come face to face with a dressed-up Jessica. She’d been preparing for a night of crackers, cheese, and wine combined with a movie when her guest intruded on her ‘me’ time. She had stood there dumbfounded, staring at him for a good 10 minutes before she recalled that he was still standing in front of her door, rather quite awkwardly. She’d invited him over, and offered him drinks. Though Smith refused initially, Jessica had managed to drag him inside and made him taste an assortment of cheese and crackers. He was, at the end of the day, after all, a lonely man in need of company.

Smith had been pleasantly surprised to find himself having fun, and Jessica had seen a person different from what she’d assumed. Talks after that had been often. And so had been the visits. Jessica and Smith had developed quite a friendship. They complimented each other’s personalities. Jessica added a bit of color in his dull life and Smith kept Jessica grounded. It was a perfect combination. Jessica had assumed that the reason for Smith’s divorce was a lack of affection from either of the parties. Anyone would have thought it was the male. But after spending countless nights with him on his porch, Jessica had found out that it was, in fact, Smith who was the romantic one amongst the two. The couple wasn’t just compatible in the way they showed affection. It had been hard on him when Lia, his wife, had expressed her desire to file for divorce and won custody of his two kids. But he’d managed just fine without letting anyone know. Now when Jessica knew the whole story, she’d taken it upon herself to make sure he was okay and back to normal. Well, as normal as Mr. Adams could be.

In one of the many attempts to prove his skills in planning a romantic evening, Mr. Adams had taken Jessica out to an amusement park, had watched fireworks with her, and taken her to a fancy restaurant. While Jessica had been quite impressed with what he’d done, she couldn’t deny the fact that he wasn’t a talkative romantic. He showed his affection by actions, and not words. And while that might be okay by his standards, it most definitely was not by hers, and probably even by his wife. Jessica had told him what she thought had been wrong and he’d been trying his best to meet her demands. Why would he do that, you ask? Because he liked her, of course. Three months into their friendship, they had both realized that they wanted to be more than just friends.

This time, however, Jessica took over. On one of their regular movie nights, she decided to confess and let him know about her feelings. She’d been beyond ecstatic when he had reciprocated her feelings. And in words, too.

Now, as Jessica stood standing in front of her window with a cup of coffee in her hand, she thought of how far she’d come. Except for this time, she couldn’t locate the latest subject of her interest - Professor Smith Adams. She’d been there for almost twenty minutes, deep in thought, and there was no sign of him coming out of the house. She was about to turn back and head upstairs to her room when she felt two arms wrapping themselves snugly around her. ‘Good morning sweetheart!’, the voice said. Jessica turned around in the embrace, facing the owner of the warm hands which previously ran softly down her back, and smiled brightly. “Good morning to you too, Mister.”

“Pancakes. Oh, and Mr. Adams? You are on grocery duty this week.” The man went into a saluting posture, and said in all seriousness, “As you desire, Mrs. Adams.”

No wonder she didn’t find him outside, they’d been living in her house for quite some time now. Except, she often forgot that it was, indeed, the reality and not a dream.

Oh, and before you ask, it was a huge hit. The novel is based on Mr. Adams. For it showcased the different personalities of Mr. Adams as seen by the world, his lover, and himself. 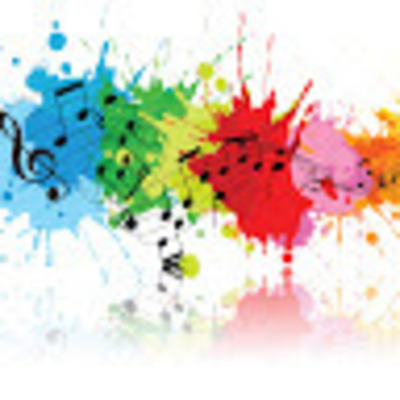