Nearly seven hundred years ago when Ghyasuddin Balban ruled over the throne of Delhi, Chanesar the Dasro prince was the ruler of Dewal in Sind. His beloved queen was named Leela. Chanesar was the most handsome prince of the time. His manly beauty and exciting features fluttered the heart of even the most virtuous maidens while Leela had no rival in the whole area for her celestial beauty and feminine charms.

They were an ideal couple. Just as we would close the eyes and dream of much more to this, they were in love with each other. Their love had grown to an extent where separation was death. Chanesar ruled over his lands and Leela ruled over his heart. Their beauty and their love became the common subject of discourse in the wayside inns and at family firesides. They revelled in their love and believed that no power on earth could separate them. Little they knew what fate had in store for them, days there was also a Hindu King in Sindh named Rana Rao khanghar who “had a lovely daughter Kanru. Kanru’s mother queen Mirkhi was very fond of her daughter. Kanru was brothered at an early age to a distant relation whose sister Jamni was her playmate and friend. Kanru was rather of a proud and imperious nature and thought herself superior to her coevals with whom she used to amuse herself by spinning at a golden wheel.

One day she happened to break Jamni’s spinning wheel by walking awkwardly in her usual haughty manner. Jamni chided her and remarked sarcastically that she was so proud as if she were the Queen of Chanesar.

Kanru felt the sting of this rebuke. She had already heard the heroic tales of this handsome prince. Now she resolved to get Chanesar for her husband, She could not think of any means to accomplish her designs because she knew that Chanesar was married to Leela and loved her with all the passion in his heart.

Her craving for Chanesar intensified more and more every day. She became listless and despondent. Nothing amused her and she constantly thought of the ways to get Chanesar. Her parents, specially her mother, grew anxious. Her mother beseeched her to let her know the cause of her misery and sorrow. After many protestations, she told her mother of the incident and Jamni’s taunting remarks, and saying that she would either marry Chanesar or die.

Her mother having realized the implications of her daughter’s decision, immediately broke off her match with Jamni’s brother. She also obtained her husband’s permission to take her daughter to Chanesar. Rao Khanghar gave his wife and daughter all the paraphernalia they required. Among Other things they took with them was a diamond necklace worth Rs. one million. This “Naulakho har’’, as it was called with all its glittering and shining jewels was so beautifully set and ingeniously made that a person could sell his soul to possesss it. When they came near Dewal, they got down and camped near City. Somehow or the other they got introduced to Chanesar’s Wazier (Minister), Jakhro who promised to help them. She went and related the whole story to Chanesar, who disdainfully rejected the proffered love, maintaining that he could never desert or deceive her beloved wife Leela for any woman in the world.

But Kanru was not the girl to break her heart over her rejected love. She thought of another stratagem. She and her mother disguised themselves as poor, destitute foreign women and went to Leela’s palace, begging her to employ them as their maids. Now Leela was a sympathetic and congenial nature which unfortunately lands a person into trouble in this vile world. Leela kept them in her palace and set Kanru on the easy task of Spreading Chanesar’s bed every night.

Now it was the time for Kanru to set about her programme. She talked to Leela about her country and the riches she possessed. In its proof She showed Leela and diamond nicklace she still possessed. Jewellery and Ornaments are a woman’s weakness and that glittering diamond necklace would have been any woman’s weakness. Leela was no exception. She Wag struck with its beauty and set her heart on possessing it. But Kanru was adamant; she would not sell it for anything in the world except for a night spent with Chanesar, and if Leela would contrive to let her pass one night with Chanesar, the necklace will be hers. Leela thought; “What one night matters?” and she promised it for that necklace. Perhaps she was very sure of her husband’s love.

With the help of liquor and feminine cunningness, Leela that night got Chanesar driven to Kanur’s house. In his drunken state Chanesar wag unable to distinguish anything and slept that night in Kanru’s house. In the morning he was told by Kanru that now he will have to take her as his wife as Leela had sold him for a diamond necklace.

When Chanesar came to know the shameful act of Leela he felt a sudden disgust and contempt for the wife who could give him to another woman for a necklace. When Leela’s men came to Kanru’s house to fetch Chanesar home, he refused to go saying that henceforward the diamond necklace would be her husband. Now she realized the folly she had committed. She beseeched and begged Chanesar to listen to her protestations and come back to her but no avail. She prayed to him:

Thou art my heart and I need thee.”

“O, friend expose me not to people’s scorn.    Husband, love, drive me not off.

But all her requests were in vain and she came home, threw away the necklace and wept bitterly for days and nights. For what was the use of the necklace now. She only wanted to entice her husband by waring it around her slender neck, to appear more beautiful to him. But the irony of fate could not be averted. Leela was sent to her native home, where she lived for some months in misery.

It so happened that Jakhro the Wazier, was going to be married to 3 girl related to Leela, but his relations refused to marry their daughter to the Wazier (Minister) whose master had so ill-treated her wife. But Leela intervened and took a promise from Jakhro that he would bring Chanesar in his bridal procession.

Ignorant of everything Chanesar came with the bridal procession. This Chanesar was not the old Chanesar. He had become sad in the absence of Leela and had already become sick of Kanru’s blarney and voluptuous love.

In Leela’s village the bridal procession was welcomed by many girls ringing pleasant dillies. He was struck by the melodious voice of one who

was Leela. Chanesar gallantly came forward and began paying flattering compliments to these ladies.Thereupon a girl whose face was hidden in veil approached him and asked if he would like to marry anyone of them. He instantly retorted that he would have none but herself. This was too much joy for Leela who was behind the veil. She tore off the veil, fell down at his feet and breathed her last. Chanesar saw his beloved, whom he had so ill-treated, dying suddenly at his feet.

Affliction and remorse over powered him and with a heart-rending cry of anguish he feel down dead by the side of his Leela.

The true lovers separated in life were one in death. Thus ends a romance that was a reality.

“Don’t leave me, Dasra, else I lose

My way and wander helpless

I have wrapped my garment round my neck. My fate is with you Chanesar.” 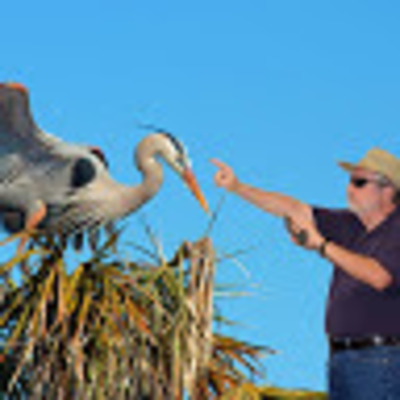 This is a nice start for a first submission. The story is timeless and would be appropriate for many cultures and many eras. There are a few typos and grammatical errors that can be forgiven at this early stage of your writing, but as you progress, can cause you problems. I am curious to see what you do with this week's challenge.