“Please sir, this is the only source of income I have, I promise I won’t be late ag-

“That’s what you said the last time and the times before that!” the old man shouted back and began shoving the young woman out of his restaurant. She fell on the street filled with watching people, pity in their eyes. Lifting herself up and brushing off the dirt, she made her way to her apartment. The cold wasn’t too kind on her tears either, it only prompted more.

Unlocking her door, she was gasped at the scene in front of her, boxes filled her compact apartment. Men in worn-out overall uniforms walked about the place as if checking for something. Ava felt compelled to question what they were doing but she already knew why. Behind her spoke a familiar voice as it made it's towards her.

The middle-aged woman with a cigarette in her fingers breathed out the most horrifying breath. Her cheap fur coat reached danced around her knees as she approached Ava. “Listen young lady, you have one week to pay me my money!” she shouted.

“But madam I just got fired”, Ava sobbed.

“Oh, that weaselly goat finally came to his senses”, she laughed, “Eh, I wouldn’t have kept you either, look you, it’s obvious that you scare away customers.” With that, she turned around dramatically almost letting her wig fall out. The sound of her boots echoed along the passage as she walked down the stairs.

Upon accepting her fate, Ava left the building. She ran against the freezing wind of winter to the only place where she might receive help. Her old dress swept by her bare legs and exposed them to the cold. Ava reached the holy cathedral which she had much faith in.

Father Peter had grown a soft spot for Ava. He knew her suffering but couldn’t do much for her. Ava’s devotion never ceased to warm his heart, praying day and night for her. She had always come to church for mass and helped with Sunday school. Whenever she had enough money with her, she made it her duty to treat the little kids to cakes and sweets. She would offer to wipe the tables or arrange the benches along with other sisters and brothers.

“Father Peter, Father Peter!”, she hurried towards him. He turned back to meet Ava’s red eyes, evident of tears. “Good evening Father, how has your day been?”

Father Peter spent a few moments studying her before replying, “Sister Ava I appreciate your concern, but I believe that it is you who should be asked that” he paused for a moment and glanced around. “Ah yes, have a seat right there” he gestured towards an old wooden bench, “And tell me what that boss of yours did this time.”

A tear escaped her eye and soon many more came flooding. The least Father Peter could do is rub her back and reassure her. Ava made countless efforts not to sob too loudly. She buried her face between her palms and soon forgot all about the icy wind blowing about mercilessly as if to dampen her mood further.

After what seemed like an eternity to her, she eventually regained her composure and then took deep breaths. She wiped away the tears with the back of her hand and focused her attention on the holy man beside her. His face betrayed a look of worry and concern as he sat there. “Father…”, she managed to say. “It’s alright, it’s alright, let’s go inside now it cold out her”. He stood up and led her to the entrance of the church and pulled out a bunch of keys to unlock the tall and wide wooden door, decorated with carvings.

They genuflected and made their way to the benches. After saying a few prayers Father Peter faced Ava expectantly as she fiddled with her hands.

“Father, a lot has happened today. My boss, as you have guessed, was the start of it all. He fired me today because apparently… I was too friendly with customers. I, I was only trying to be nice to them because the other waiters were being mean and had a very bad attitude in their tone. I went home after that only to find Some people packing up my stuff in big boxes, Mrs Whicker said she’s only given me a week to pay rent but…” she looked up to Father Peter, “But I haven’t any money and now that I don’t have a job…” she began crying heavily once again. Father Peter could only imagine what the young lady was going through. After giving the situation much thought, he came up with an idea that hopefully might not let poor Ava down.

The Sisters of Grace.

“I think I know where you might get help you need,”

Her face lit up with hope along with a wide grin, “Really? Who? Where?”

Father Peter chuckled in amusement as he saw the sudden change in expression from Ava, “Now, now young woman, allow me to speak.” He sat up straight and addressed young Ava, “You know of the Sister of Grace isn’t it?”, she nodded in response, “I have a cousin there and I could her a call in order to help you out. Although, vacancies are a bit scarce at this time of the year, but I will do my best. Is that alright with you?” he asked. “Oh yes, yes Father I would be delighted to receive such an opportunity, I head the helpers get paid to!” she clapped her hands with excitement.

The sorrow that was once clouded her heart had disappeared.

Ava had spent all night imaging her new life with the Sisters of Grace. The fact that her belongings had already been packed didn’t bother her anymore, she was ready to leave.

I wonder how the sisters are, surely they will be kind. I thank God for this blessing. I fancy Mrs Whicker will most likely say ‘alas, good riddance’. She never liked me anyway, only the heavens know why. I’ll finally be at a place where I shall be accepted and loved. I really cannot wait to meet the sisters; they’ve done so much for the community.

The night passed and for the first time in a while, Ava slept with a smile on her fair face, eager to meet her future.

Morning came, the sound of birds singing outside did not infuriate her anymore, if anything she was glad to hear them. She joyfully danced around the small room and readied herself for the day.

A truck came as promised to fetch her belongings. The words ‘Sisters of Grace’ were painted on it in cursive with royal blue paint. A few men lifted the boxes from the building into the truck within a few minutes. There were then off to the institution along with an overly excited Ava. On the way, Ava recognized Father Peter and vigorously waved her hand at him, he waved his in response with a warm smile on his wrinkled face.

The Sisters of Grace were all lined up in front of the institute to meet Ava. They all wore white habits to cover their heads and necks, white bib collars, black veils and black gowns with a silver crucifix hanging from under the bib collars. They each either had black or brown rope belts and a black bead rosary and cross. If all of their clothing were pure white, one might call them angels. Their faces were lit up with welcoming expressions. Ava rushed to greet them all and they responded with softness in their voices. Later that day, Ava was shown to her room and given a long navy-blue gown and a white veil along with a crucifix to wear tomorrow. She ate the most wholesome dinner that night and slept with a wide smile on her face again. She was relieved and quickly got along with all the sisters and helpers. Each one of them seemed eager to converse with Ava.

“Sister Sofia, do you know when I can go back to school so I can get a proper job like previous helpers?”, asked Ava nervously.

“Well… we won’t be able to afford that program for the next three years. The robbery that occurred just a few weeks ago has really set us back, I’m sorry sister Ava but you will have to wait.”

Ava froze at the sound of those words. The night before, a short a petite sister came to her room to tell her all about the Grace Program. Helpers like Ava would be sent to college for the most in-demand jobs in Italy while in service of the institution. Emma managed to get Ava’s hopes high again. They both went to sleep late because of the endless questions Ava had. The topic took her by surprise as she had no idea of it.

After what Sofia said, she did her chores with a heavy heart. Her wages were less than what she was paid at the restaurant. Ava became the quietest helper within the institution. Keeping to herself, she only met the other sisters and helpers during assemblies.

She carried on in that manner for a year and a half, until her behaviour was noticed by a new sister.

“Oh ye of little faith, do you not know that God’s love dwells within you and not within these walls?” chirped the new sister, Adrianna, a woman who looked to be in her thirties. “Listen love, nothing’s going to change if you sulk all year and not put yourself out there.”

Ava looked behind her to see a beautiful woman smiling down on her, “Who are you, I’ve never seen you here before?”, she asked surprised.

“Of course, you wouldn’t know me, you always stay couped up in your shell. Its quite easy to spot such a hopeless person”, Ava tilted to take a closer look at this woman and understand her words, “Uhm yes, I’ve seen. I’ve been here since January and you didn’t notice.”

Ava faced down to her shoes, realizing that the sister is right, “I just don’t know what to do anymore, I thought I’d join the program so I could have a better life” her voice faded as she stared intently at the floor. “Look up child, that is where you are mistaken.” She ushered Ava towards the bench, “When last did you pour out your heart to Jesus, when last did you put effort in yourself and your faith?” Ava shot up her head looked straight into Adrianna’s eyes; her warm smile was still there. “I, I… don’t remember” her voice faded.

“It’s alright, I understand, this place is a shadow of its former self. That robbery had quite the impact on us, Lord curse them” she pulled in Ava for a long embrace. “For what is faith if it is not tested?” Adrianna continued.

She’s right, I have given up. Where is my faith in this situation? 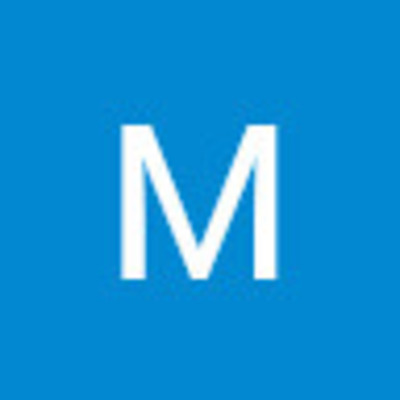 This is a great story! As I kept reading, my heart plummeted up and down with the main character. I love how you tie off the story, and keep the readers guessing, making our minds wander. Keep up the great work! Oh, and also, can you check out my story They're just Fireworks- Just Fireworks?