His new life in the church family was rising like the light of the dawn. He could see like new horizons were opening step by step. These horizons of the new life were beautiful and rich in a new relationship, new emotions, new knowledge, and experiences of spiritual things. The perspectives of new possibilities were opening, and it took out his breath. The presence of living God and his power was so real, so near. This reality turned over his consciousness and former system of values and new point of view the circumstances he was surrounded by. Church activities consumed all his attention and power, and time he had.

He believed that the living God exists in the meeting of the believers. And that assurance has the firm base of the Holy Scripture. He tried to do his best according to the notions he has absorbed since the first day of his membership. He did his first steps in faith that were sometimes awkward, timid, and unsure. He learned to walk in faith.

Although these awkward steps were the steps of many mistakes and disappointments, his spiritual development was evidence. That was not the assurance of empty base as he could feel the light of awareness of truth and understanding of Scripture senses.

The deeper he dived in the church's activities, the more responsible and deep relationship it needs. At the same time, this new life produces many contradictions and misunderstandings. Different people have diverse points of view and relations to religious activities. Conflicts that happened lead to discouragement and exhaustion. It looks like God, who should be among his worshipper, was ignored. Feelings of emptiness that were appearing made him thinking about the senses of this life.

Deep inside of his consciousness, there were doubts about this way of life. There were contradictions between inner understanding and this activity.

Sometimes he feels like a person who lost the foundation for his life and activity. The crisis of faith had started.

His life emptied again, and this emptiness was the most depressed he ever had. "Deep calleth unto deep"...

In that desperation, he found a power inside of him to turn to the Scriptures. His prayers were like offerings of humiliation. He was heard, no doubt, by God. As the answer for his pleadings, his consciousness lightened understanding of the truths that seemed known to him before. And now he is aware of what it is about and how to use it in real life.

His feet that lost their solid ground are getting it again, and his eyes have the light of awareness of where he should go. Is it not happiness? "The wisdom of the prudent is to understand his way..."

The things he wasn't sure, and the things he doubted in, know were opened to him, and he knew it for sure. He knew, and he wanted to tell it to the others.

"I want you to know how great a struggle I have for you" this apostle's statement now became his own. His way became the way of fighting faith, and that fighting was for the people, for the sake of their spiritual growth.

It is the fighting to unite the people with the example of his heroism around spiritual values. Unite not for the sake of the religious activities but to enrich with something eternal and with what we can be aware of.

The most precious thing in this after losing finding is the ability to find ourselves. Everyone needs to find himself, but for Christian priests, it's vital. And if you want to find yourself lose yourself for the sake of the Gospel first. "Lose" means you should forget about every activity for the sake of religious fame. Every notion your practice is based on should be revised. Does it have the right motivation? Is it doing for the sake of the people you are serving? Christ pointed quality of relationships as the sign of true discipleship. The lack of purity and clarity spoils them and disgrace the Gospel.

When you have found yourself, it gives you confidence and the power to move in a new direction. Then the circle of your relationships renewing. That is a great benefit to get healthy relationships. It gives you the strength and senses to move further. That is vital to have proper joints with this new relationship environment, as it helps you save your self-esteem health.

Emmanuel means "God with us," and he is among the people who have gathered to worship him. And live and sincere worship always has a response. God is among us, and he is alive to respond to our worship. And we feel his presence and also watch him acting as his Holy Spirit appearing with the gifts.

People gather in the church because God calls them. He calls them to teach a new level of thinking, a new level of life and relationship. These relationships we can't find anywhere but among Christ's disciples, the relationship of harmony and organic acting where everyone knows what he should do and realize the measure of his activity. Relationships in the light of truth and walking in it get the sense of existence for Christians meetings. Although, without it, they are senseless.

So many useless things we are bringing to the church. These things don't make our life easier or better, and these things don't make our relationship clear or healthy, in our life neither in the meeting we visit. So many useless things we should lose to find real ones, revealing genuine senses and reaching the relationships that give us a new and high level of life.

So a much better life we could have if we don't hold the useless, false value. But left them behind is not an easy task. Decide to lose something, sometimes hard, and very often we are thinking about it too long. When we take the wrong direction, and we get the hard lessons again. The learning to select the precious and chose the way of light, the process that needs time and reflection. When we step on the path we should go, where we are finding true life, we won't regret it at the end of it.

So many sound senses our life would have if we test our motivation for what we do and turn our steps to the light of God. Although much enjoyable and fruitful our life would be if we clean it from useless things even if they are religious ones. 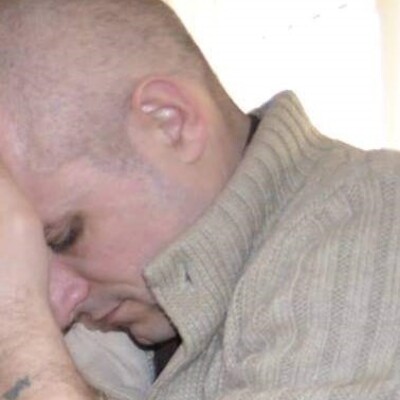