Amongst the weeds of the post-apocalyptic terrain, amongst the bushes and the thistles of metal scraps on the mountain of corps, chased a young boy, eyes still fresh from the ravenous hunt. A stream, rather, a river of velvet crimson flowed under his feet. Curls of smoke unfurled in the settling dawn, drawing illusions of thorny wreaths on tainted lands. He unhinged his jaw and inspired the odour of blood lust, regret, and that of the past hope, lost to the crazes of fractured customs. The faded golden scent flashed up to his nostrils, and deep within his skull. Memories of a sunken nation, once brilliant civilisation worn and torn by the merciless wilderness gobbling the last litters of a future promise, surged from his throat like a feral instinct. He had been here before.

The same eddies of wind spiralled the dead leaves and ashes into a sharp column, almost resembling the vicious edge of a blade. The same smouldering heat lapped at his ankles like a lone mutt sniffing for the carcasses of the rotten spoils, untouched by human hands. The child crept curiously to the heaps of corps, eyeing at a sparkling object. It flashed a glorious golden glint, one that he found particularly irresistible. With the force of his hands and the lust of a crow, he dug through the dead, searching, searching and searching for treasure. Blood splattered onto his face, dirt and mud caked his arms, but he kept foraging deep into the shadows of war criminals, protective fathers and innocent mothers. One by one, they challenged him in a duel of wits, one where only the heart stood true alone, unsullied by the greed of men. What sins did he know of? None, for there were no mouths to spread such debauchery. What turmoil did he experience? Only that of survival. Reduced to the mere animalistic values of Gaea's kingdom, he was only a young pup led on by his instincts. No Capitoline Lupus, no pack, no one to guide the adolescent to adulthood.

He finally broke free from the grasp of the dead and reached for the buried casket. He paused, catching his breath from the skeletal fingers of a nearby general. Resting for a while, he contemplated the large burning astre sitting atop the summit of the manmade mountains. A sentiment of wonder, of absolute beauty washed over him in the form of a scorching heat. The sky had been tainted a similar ruby as that of the river, and clouds had been chased by the clashes of swords long past. Birds, vultures and crows, circled the sun in a ritual dance of sacrifice. Even the jackals gathered about, on the brink of rummaging what was left of the foul flesh. Mother Nature had returned to the land that withstood thousands of years from her anger. Anger of protective nature, her ferocious fangs sunk down on the last palpitating neck that had escaped her revenge: a stream of his blood trickled from the red sun down to the foot of the mountain.

The young pup opened the casket that had been well-guarded by the lost generation of men in uniforms. Alas, they had given their lives in vain. Unable to uncover the lid, he dragged a reddened axe over. In one fell swoop, the treasure blossomed to his eyes in a marvelous display of wooden splinters.

The casket revealed a singular book, bound in leather and woollen strings. The spine was decorated by three bands of dark forest green. Though the feral child was unable to decipher the handwriting, he turned the book over to its front, and ran his dirty hands over the cover. Hieroglyphs or words were etched deeply into the front cover, and he noticed the few scratches on the edges. He trembled at the touch of the tails decorated by ornate golden clasps. A flower, a heather iris, was imprinted under the title, and as he rubbed his fingers over it, a sense of insatiable hunger coursed through his veins. He desperately pulled the book into the sunlight, and flipped it open. Each page was tinged in crimson, but to the boy, this brought the true colors of the book out into the limelight. Images of multicoloured petals, stems and leaves merged with innumerable scenes of battles, betrayals and blood. The words came flowing into his mind in a river of knowledge kept hidden by the past kings of the land: the truth, the absolute truth was a promise of wisdom. And the brilliant abyss drowned him in the elaborate sea of letters, pictures and unspoken illusions that veiled the eyes of the youth. Young as they were, their heart beat to the rhythm of the war tambourines, echoing the lies of hope, love, and liberty. The sound of false happiness rang their minds into a numbing and a dulling of their senses. Blind bloodshed and nonsensical glory pleased the ears and the hearts, but in the end, all was in vain. Miseducation, and an inane sense of pride led the youth to a premature death, however, yet again, it was in the youth that the future relied upon.

Determined to lock the sublime away, the young pup hurried to a thin apple tree, as meagre as a shrub, with the book close to his chest. His heart leapt to the same tempo of the ringing drums. One last heroic act of mankind, he thought, one last before the next generation lived in cherished insouciance and blissful ignorance. He flexed his arms and readied his body for a final wish. With his bare hands, still soiled in dried blood, he grabbed a handful of dirt from the ground and tossed it to the side. He tossed, and tossed, and tossed more and more, until the hole was as deep as his calf. One last time, he desired, one last action until all was gone forever. He placed the book in the fresh soil, and carried the unearthed dirt back into its rightful place. He sighed and laid his heavy skull into the bed of soft grass. Amongst the weeds of carnage, amongst the natural paradise, a voice whispered into the reeds. 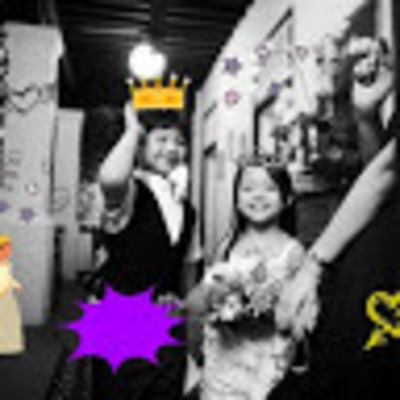