Silver roses bloom only for a week once every five years – their life spans are too short and too far apart but also far too sweet to be fully ignored. These flowers are like one’s childhood love – a memory that came too soon but rarely leaves.

Tristal Mariana Andry, the Grand Duchess of the Noble House of Andry, sighed deeply. At age sixty and mostly bedridden, she had become more and more prone to melancholic spells, especially when it came to remembering her past. Today, she had been in reverie once more as she faced a seemingly daunting task. It was the first time she had been out of her room and in a party. It was also the first time in decades that she had chosen to speak to Caldwell again – the present king of Gaulane and his past lover.

The details of her last communication with Cal, as she would lovingly call him ages ago, had already slipped away from her mind, but the memories of their first encounter loomed as fresh as yesterday for her. It all started from a single, silver rose.

For her fifteenth birthday, Tristal’s papa had planned a big party, with all the nobles far and wide attending it, but Tristal was not happy at all. The silver rose bush that she had tended for six years now was still not in bloom. She had hoped that this year would be the year it shall produce flowers, just in time for her fifteenth birthday. She heaved out a heavy sigh of disappointment when they did not.

“Maybe you should ask the wood fairies what to do, sweetheart,” her papa suggested at lunch time.

“The wood fairies? But they are not real, papa! Why are you making up stories again?” she pouted.

“Ah, my baby is all grown up now! She does not even believe any word I say,” her papa teased lovingly.

Still, it may be worth a try to ask wood fairies what to do. As soon as lunch was over, Tristal set out with a small basket of sweets, determined to offer them to the wood fairies in exchange of some information on how to make silver roses bloom. She also had her magical cape in tow, which could enable her to fly anywhere she liked – a good thing to have in case of any emergencies.

Tristal was once again disappointed that after walking for about three hours, she couldn’t find any wood fairies. Instead, she found a boy crying his eyes out atop a great, big rock in the middle of the forest. His head was bowed down in his lap, but judging on his frame, he must have been about Tristal’s age.

“Why are you crying?” she inquired. He lifted his gaze towards her, and she was immediately greeted by a set of ocean-blue eyes. His jet-black hair was drenched in sweat as well as his undershirt, indicating that he had been crying for quite some time now.

“I know this place. I can show you the way out.”

“Really,” the boy said, standing up in excitement, and almost immediately, a large, black rock as big as his fists fell from his knees.

“It’s nothing,” the boy said. Tristal did not believe him. It did not look like an ordinary-looking rock, and the way he clutched at it tightly revealed that it was more than nothing to him.

They both stood there, looking at each other for quite some time. Suddenly, the boy sighed.

“It’s the seed of good health. My mother needs it, so I stole some from the wood fairies, but I can’t get out of this magical forest. I need to plant it on regular soil before sunset so that I give it to my mother.”

Tristal held her breath. Seeds of good health were said to take away any kinds sickness, so long as the person taking it was not yet dead. If this boy had braved himself to steal one from the wood fairies, then it might mean her mother is in grave danger.

“Let’s go,” Tristal said, spreading her magical cloak on the forest ground. “We can get out from this forest faster if we use this.”

The boy looked as her as if she was out of her mind, but Tristal did not pay attention to him. She hopped on the cloak and extended her hand to him. “Come on. Sunset will begin soon!”

The boy took her hand, and as she did, a sudden jolt of electricity seemed to have passed through their bodies. Tristal didn’t know it back then, but it was the first of many times she would feel it when she’s near Cal.

As soon as they hoped on, the cloak began to lift them up, slowly at first and then a little faster. In no time, they found themselves back at the garden of Tristal’s house, the Littman Manor, where Tristal jumped down and scampered quickly, unearthing the soil near her silver rose bushes with her bare hands.

“Come on, we have no time,” she said to the boy. “It’s almost sunset! We have to bury it here now! Start digging!”

As if waking up from a trance, the boy went down on his knees and dug alongside Tristal. As soon as the earth was deep enough, he shoved the large seed and poured back soil on top of it.

By now, the remaining sun rays have almost disappeared. Nothing had happened. The two children were growing more and more frantic.

As tears began to fall on her eyes into the soil, a bright light suddenly rose from the earth, and a stem suddenly grew from it. It twisted itself and grew enormously. Finally, a single, golden flower bloomed from it, and then a small, black fruit emerged. The boy plucked the fruit and smiled.

“Quick! Let’s jump on the cloak and go to your mother,” Tristal cried.

They did just that and arrived just in time so that the boy could give his mother the fruit from the seed of good health before she took in her last breath.

Tristal looked at the mother and child from the open window, content to see that they were able to save someone’s life.

Suddenly, she remembered her own birthday party. Her father must be out of his mind looking for her! She boarded her magical cloak and went back to the Littman Manor, unable to say good bye to the boy she helped.

All night, as the party progressed, Tristal’s mind was filled with the thoughts of the boy and his mother. She was not able to even ask for his name. She vowed to visit them and take some food for them once her party was over.

As she stood in reverie, Tristal’s papa came to her side. With him stood an important-looking noble that Tristal was not familiar of.

“This is my daughter who just turned fifteen, Tristal.”

She bowed down into a deep curtsy for him. The man smiled back.

“Tristal, this is Duke Feningway Nanris. They had just recently moved here with his son and wife.”

“It’s my pleasure as well. Actually, it was my boy who insisted to see you today. He said he wanted to see the daughter of this house, but I am embarrassed to think we gate crashed at your party.”

“Ah, and here’s my boy. He was positive that you’ll know him once you see him,” the duke said, turning his back and calling on his son.

It was an utter surprise to see the familiar jet-black hair and ocean blue eyes of the boy Tristal had just met a few hours ago by the woods. He was now wearing a grand suit, which made his comely face more prominent.

“Lady Tristal, happy birthday,” the boy said, taking her hand and kissing it, amidst the surprised faces of everyone in the party, including Tristal’s father. “My name is Caldwell Nanris. I hope you’d like my gift. I saw a silver rose bush somewhere in the vicinity of your garden, but it did not have a single bloom on it. I hope you can take care of this one. I’m sure it will look as lovely as you in this garden.”

Again, Tristal felt the pleasant jolt of electricity run through her hand as the boy – Caldwell - kissed it. She looked back at his eyes and blushed; surprisingly, the boy blushed as well.

That fateful summer became the start of their many days together – days that turned into years filled with friendship that eventually turned into love. At eighteen, they had announced their engagement, but after a mere six months, Cal had broken away from it, as he took the hands of Amira Romualdi, the Imperial Princess of Gaulane, for marriage. Being the second-in-line to the throne was certainly a better prospect than staying as a mere duke.

Tristal eventually married into the Andry family. She lived a happy life beside Duke Maurice Andry, but she had never felt the same kind of spark she had with Cal.

Unknown to her, Cal, in turn, had also never felt that same flame of excitement he had with Tristal. After marrying into the royal bloodline, he had taken on countless lovers, one after another, but there was always something missing. He rose into power when his wife’s brother stepped away from the throne, but it never filled the lost piece of his heart that once belonged to Tristal.

Silver roses bloom only once every five years, just like how their love had bloomed and faded away. That love was a once in a lifetime chance that was ruined by so many circumstances brought upon by greed and the demands of the nobility. Now, as they came face to face again with eyes still filled with love for each other at the ripe old age of sixty, would that bush have a chance to bloom again?... 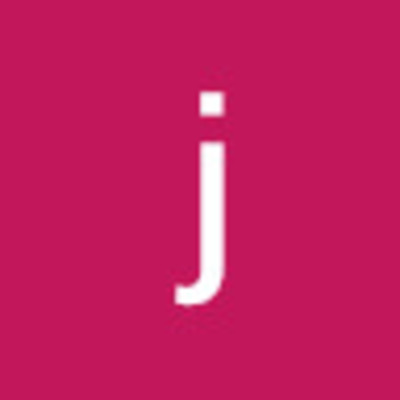