She woke up like every other day. Opened her eyes exactly at 6.15, got up and felt that raw taste in her mouth. Blood. Again. She sighed. Every time the same. She spat into a glass placed next to the bed for this purpose, then grabbed her phone, which was loading on the desk, spat again and fell asleep.

7.05. She woke up the second time and rose from the bed in slow motion as if by mechanical movements. Then picked up her clothes, counting: 1, 2, 3. 4, 5. Underwear, bra, socks. Stand up. Pants, shirt. She went to the bath, looked at her toothbrush, hair combs, customized hairpin, brushed her teeth, and washed down all of the blood-stained toothpaste. Back to the room. Powder, concealer, mascara, lipstick. And perfume. Lots of perfume to overshadow her own smell. She just hated her smell. It was strange. Just going through the day she would forget, but when she would return home and enter the room a big air gush smelling like rotten synthetics would hit her.

7.25. Just in time. She slides into the kitchen. One sandwich and half a cup of tea. Neither more nor less. Overeating - nausea. Not eating at all, no matter how y

much she would want it - belching and then a bunch of questions following it.

7.30. Just like every morning, she walked out the door.

7.32. Like every morning she was seen by a neighbour walking a dog, and later the driver of the bus, that arrives at 7.36, saw her sitting in it. Someone else saw her get off. And next ... Next, we have nothing.

She won't be at her college auditorium that morning. A couple of classmates will still scoff at the fact that she is probably late but will drop the question by the middle of the lecture, deciding that she is most likely to be ill. She won't be at lunch in the cafeteria, nor will she be on the bus heading home. She won't lie in her bed that night. Instead, her uncomfortably twisted body will lie on the cold ground in the dark.

On the other hand, if I were to tell the story from my side...

I saw you for the first time in the most bizarre circumstances you might imagine. Fully drunk, you were lying on a lawn next to our house. Your brown hair was tangled, eyes closed, and the head leaning sideways enough to understand that you are asleep. Dressed in a white shirt and high-heels, tie around your neck, all clothes and the major of your mouth covered in blood. Not waiting for any explanation I pulled you in and sat down on the couch. You looked like a full-fledged angel and somewhat jerked through dreams. In the light of the lamp, your eyelashes threw a long shadow on your red cheeks, and your breath was uneven. I cleaned up the blood as much as I could, somewhat trying to hold in nausea. I was so worried about this stranger. A stranger who probably made some very bad choices, who I may have made a mistake letting in. And still, I couldn't convince my mind to go to sleep. Nevertheless, I left you alone, just overlaid with the first blanket that I could found.

In the morning you were no longer there where I left you. No "thank you" or "goodbye". Just a couch that still smelled like you. That smell lasted as long as my hopes to see you again. Oh, I was in pain for all these months. How I longed to see your checks blush again, how I couldn't bear to not know you.

The Gods much have listened. Just when your traits in my memory were starting to disappear, I saw you again. In the cafe just outside the corner, my safe place, my dark, secret corner. And when you stepped in, my safe place shattered into thousands of pieces. You ran in as if shooting everyone with happiness from the guns in your eyes. I could swear that your smile expanded a little more when you saw me, so I had to let my eyes down. Smiling like an idiot was not on my to-do list today. I couldn't figure out in that twisted brain of mine, if or how you recognized me since you didn't see me that night. Or maybe ... I was never letting go of the idea that that night you woke up and went for a walk around my house. That you were in my room and you saw me sleeping, peacefully dreaming. My doubts were brushed away the very last second before you left the coffee shop; you saw me sleeping. Right before closing the door after you, you shimmered with your hair and winked at me. I thought that my heart will come out of the chest. I swore to myself, that I will get to know you.

That evening I talked to Mr Bennet next door, who knew Miss Loveline across the street, who was a cousin of Dr Judy Bass who lived just above Miss Dacota Ling, who moved in house 11 a few months ago, right before me. Dacota. What a lovely name for a girl with such a flirtatious smile. How fitting for sure and how shocking that you lived right under my nose this whole time. I started showing my affection. Left flowers and notes by your mailbox. All titled “The neighbour”. I never thought I was being creepy, I never overstepped the line or anything. I was just trying to make friends, to become known to each other. Well, she must have talked to her neighbours as well since she started leaving gifts for me too. Strange ones, people might say. Over the span of a month, I’ve received exactly three blood-filled jars, a strand of hair smelling awfully like silicone laced with strong perfume and tones of decorations. Cute little figures and candle holders, the same perfume bottles, rugs and pictures.

And then one night she moved away. Loudly, in a car with lights on the roof at three in the morning. I saw it through my window upstairs. How they put a bucket next to her, how she filled almost half of it in one bending, how the doctors quietly shook their heads as they drove off. Just as quickly as it appeared, my mystery was gone. 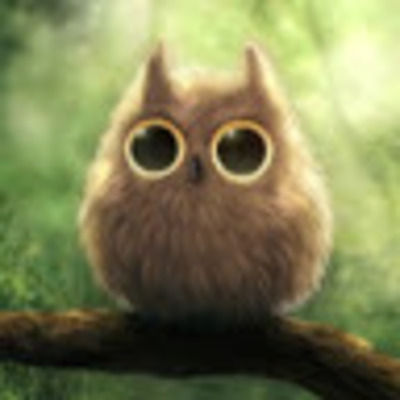