He continued to argue with the older man. They were in a cafe sipping coffee. The young man broke out, "Is this my point of no return?"

Uncle Japheth smiled and was silent for a while. He slowly replied, "The point of no return takes time in this case, James."

They were discussing their faith or the lack of the same. A discussion they had had a lot in recent times. Japheth, a committed believer in the Lord Jesus Christ, had been sharing the gospel with his young nephew, James, for the past few years, almost.

James, young as he was, dabbled in more than one thing at a time. Various controversial practices. He wanted to enjoy life to its full. Having no fixed ideology or worldview, James was going on a roller coaster ride as far as his beliefs were concerned. An interesting fellow indeed!

He was in contact with some fellows and was toying with the idea of getting in to find out all about a secretive sect. He asked Uncle Japheth.

"Uncle, met this guy at a bar last weekend. He is out recruiting people for his Master's sect. He says he is feeling fulfilled in this secret sect. He gave me the spiel about it. Sounded interesting to me. Wanted to know more. But he then clammed up. He said, 'We can tell you more only if you make a commitment to the Master.' I was flabbergasted. How can I commit myself without knowing the basics about it? But apparently, there are people who do it. What do you say, Uncle?"

Taking a deep breath, Japheth took a long sip from his cappuccino. He paused and then looked straight at James. Fixing him with his eyes, he spoke, "my dear James, there are many such sects and heresies coming up nowadays. The Lord Jesus Himself prophesied that such things come in the last days. We are in the last days now. You have to be very careful not to get into such things."

"These groups thrive on gullible young fellows like you. They will make a commitment for life. They have secret rites involving the occult. Once you are in, you will be forced to go for recruitment drives and your life will be sucked out. You can only come out at the risk of your life. Be very careful James. These are not for you."

"Don't you think I can take care of myself? I want to go in for a dare and find out all I can about the group. After that, I will come back. Perhaps I will see the right way you are following. But that's for later on. Let me see life and enjoy myself a bit, dear Uncle." He paused and took a long sip from his cup.

Pausing for a quick word of silent prayer, Japheth countered, " James you are playing with fire. Take care. You are now standing at the point of no return, perhaps. I can only pray for you as you have decided on your course of action. Remember that I am always available, even when you are in danger. I will be praying for you."

"Thank you for looking out for me dear Uncle."

They both parted ways.

Japheth had some youngsters who were the friends of James. He kept a track of him for a few weeks. But even his informants told him that they were not seeing James for a week or so, in their usual haunts. He seemed to have disappeared, they said.

Japheth went to his sister Jessie's home. She was the widowed mother of James, who doted on him very much.

"Hello Jessie, how are you?"

"Come, come, Japheth, I myself wanted to call or talk to you now."

Japheth saw that his sister was red-eyed and she seemed quite disturbed. He immediately hugged her. She broke out into sobs in his arms. She stopped sobbing after quite some time. Composing herself, she said, " Japheth! I haven't heard from my boy for over three days now. He was never like this. Wherever he went, he would always call me at least once before he went to sleep. I am getting very scared." she shivered.

"What did he tell you the last time he spoke to you?" asked Japheth calmly.

"Well, he said something about going for a week-long trip or picnic to some area. I didn't bother. He keeps going to these camps now and then. But he would always call me. But now, this is the third evening and I have had no call from him. Where do you think he went, Japheth? I know you were looking out for him."

Reluctantly, Japheth began to speak. "James has been close to me from his childhood, as you well know Jessie. But of late he has been slowly moving away from the straight and the narrow. I warned him many times. I told him it is not wise to dabble with the devil and his angels. But as you know, he has a stubborn streak. He insisted that he wants to experiment."

"Has he gone someplace he oughtn't to go?"

"I'm afraid he might have gone. I will try to find out and rescue him. We must pray that the Lord will have mercy on him and on us and help us to get him back to Him and to us."

Kneeling down, they both prayed fervently for James. As they got up from their knees, Jessie was sobbing. Japheth comforted her and said he will find out about James. Tearfully, she bid him goodbye.

He called James' close friends first to enquire. He had some numbers which he tried calling. One of them said that he hadn't heard from James for more than a week. One fellow, Robbin, mentioned that he had a call from him two days ago. Japheth talked further with Robbin.

"What exactly did James tell you two days ago, Robbin? We are not able to contact him. His Mom is very worried and so am I. Please tell me," Japheth pleaded.

"Well, he just asked me how I was. Then he told me something strange. He said that I won't be hearing from him again. Flabbergasted, I asked him if he is migrating out of the country. He laughed and said nothing. I didn't have a good feeling about this. But I didn't know whom to tell, Uncle."

Japheth was devastated. He thought, "Perhaps James has joined that heretic sect he was researching. He so much wanted to know what made it tick. What shall I do know?"

Spending a lot of time researching in the Library, he came up with little data about that sect. They were a very closed and closely-knit community. He learned that they were in some pods which are self-contained and set up in the desert region in the south.

There was no record of any members of this sect ever breaking out from it to survive and tell the tale. In fact, he unearthed the fact that one or two guys who came out from that sect died in mysterious circumstances. Killed by the sect? "Where does that leave our James?" thought Japheth.

"I might have to go and find out more," he resolved.

Days later he was in the desert. He enquired in the nearest village. They told him that a community does live in some pods nearby. Surfacing out once a week or so, they get fresh supplies sometimes, he was told. But mostly they are self-contained.

Japheth decided to stay in that village for a week and see if he can contact some member of that community. Meanwhile, he prayed that the Lord God would help him find James before it was too late. Will God answer him? was the question in his mind, even as he prayed.

That was a Sunday and Japheth went out to the street. There were a lot of shoppers at the little grocery store. He kept on scanning the youth who were coming in. Suddenly he saw two young people in non-descript clothes enter in. He thought he recognized one of them to be James, but he was not too sure. Silently thanking God, he went in.

When he came closer, he was sure that one of them was James. But he was appalled at the way he was now. He had been a brawny young man till recently. Now he was thin and scraggly. He was cowering and seemed very afraid. Praying swiftly, Japheth accosted James.

The moment he saw Japheth, a swift gleam of recognition and hope flashed in James' eyes. But it died down as swiftly. When his uncle called out, "Hey James! How are you?", James did not respond at all. Ignoring him, he went on to a different section of the shop.

Japheth saw that his companion was watching all of this. He decided to play a ruse. He grabbed the other fellow and took him aside. "Hello there! How are you? You need something?" The youth was dumbstruck. He desperately searched for James and called him.

Deftly, Japheth took both the youth away, whisking them to his room in the hotel. He got some food and coffee for them. They were looking emaciated. they gobbled up the food as though they were famished. Ordering some more food, he counseled them for a long time.

James and his friend John were now very scared. They said that the 'enforcers' will come after them now. So, Japheth took them away speedily in his car. They went to the Police Station and registered a complaint.

Japheth then took them to their place and put them both in his care. He continued to counsel them and sent them to other professional counselors of the church too. It took almost a year for them to recover.

The scars were still there. By God’s grace, both of them confessed their guilt and came to the Lord who forgave them and healed them. They accepted the Lord and were baptized into the church. Japheth traced the parents of John and sent him to them.

Jessie and Japheth held a thanksgiving prayer meeting at their home for the safe return of their prodigal, James. To home and the Lord. Japheth testified at the meeting, “The Lord brought our James back from the point of no return. No, nothing is too hard for the Lord. Praise and thanks be to Him!” 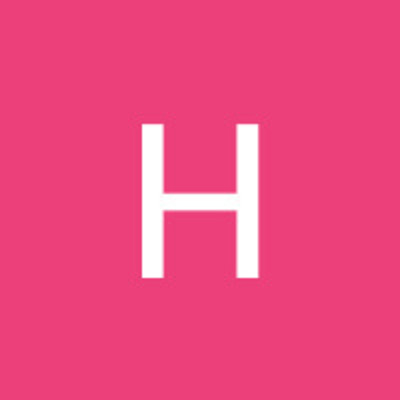 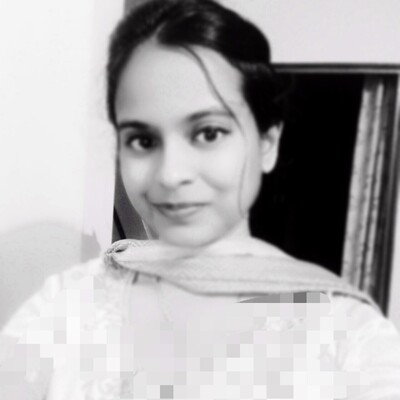 Good story Anthony. I loved reading it. Only at the start some of the words like 'Uncle' are on two separate lines. It would be great if you could edit it. Keep writing and growing!

Thank you, Red! I will be more careful next time!

I think this is a much better story than some of your others. I saw "know" rather than "now" . . . or at least I think it was supposed to be now. I would have liked to see a made-up name rather than always calling it heretic sect. I wrote a story called Jesus' Legacy. It made it to my Reedsy page, but not to the list of Christian stories. It's pretty rough, but I stayed true to the Bible, just described and pieced things together from all four gospels.

Thank you again Bonnie. I want to read your story.