Submitted for Contest #101 in response to: Write a story in which the same line recurs three times.... view prompt

Our communication was laborious: a labour of love.

He didn’t speak my language, nor I his. Neither of us fully mastered our third, French, the one we shared. Our earliest conversations, then, were exceptionally banal, little more than names and nodding.

We established a common love of football, listed teams, national and international, the names of players, deduced which ones we both liked.

He said the name like it was a magic word, and I responded, slowly, nodding with the same passionate awe.

We played football. He was rough, tackled hard, played just as if I was a boy.

Flat-chested, dirt on my knees, in a too-small Holland shirt, I was, save for my short denim skirt, for the long smooth legs emerging from it. It was summer; in summer they shone, almost like moonlight, bright cool white under the sun. People looked at them, no, not people, men, grown men.

Initially I dismissed the idea. It was my imagination. I was ugly. I knew that. But it happened too often. The gaze they drew was too consistently masculine. Neighbours. Teachers at school. Fathers building sandcastles on the beach. Occasionally, I pondered how it was possible my damn legs were worthy of so much attention, while the rest of me attracted almost no positive interest at all, irrespective of my exceptional grades, my ardent efforts to impress those whose love I sought to earn, in whose eyes I felt I was nothing, worse than nothing. Useless. Awkward. Selfish. Lazy. Stupid. Only my shortcomings seemed to matter. It wasn’t their fault. They were good people. Just troubled.

Since the arrival of The Boy, as my father dubbed him, the air of constant criticism which ordinarily hung over our home had almost cleared.

Not because my parents were on their best behaviour for our guest; rather because they left us almost entirely to our own devices. My mother was abroad with some guy. She was due back in a few weeks, leaving us in the sole care of our father who, profiting from her absence, stayed as far from us as he could, as far from sober as he could, as long as he could.

I was glad. He seemed to hate me more each day. I could do nothing right in his eyes. He hated The Boy too. I cannot tell you why this was the case, not for either one of us, for in retrospect we were both polite and clever, helpful and kind. It just was. We didn’t mind. We were both used to it, to the label “bad”, didn’t feel a need to question it. At the time, it seemed justified.

The only good things about me seemed to be my legs, my French and my knowledge of the beautiful game. The Boy evidently appreciated all three, a novel and disarming thing, enough to make me appreciate him too, where ordinarily I would have considered him out of my league. He was incredibly handsome, tall and strong, carried himself like a prince. Yet he was a strange mixture, a mongrel of sorts, sui generis. He had a wiry neglected look; his clothes were shabby and fit badly. The sun had bleached his hair almost the same colour as his bronze skin. His intelligence was obvious, obvious in the speed and enthusiasm with which he voluntarily completed my maths homework, obvious even as we played soccer together.

I lost our match, but not easily.

When we were tired, we went inside and again attempted dialogue, finding that any more complex discussion was thick with dictionary-work, riddled with false friends, thwarted variously by malapropisms and misapprehensions. Accidental humour. Ambiguity. Apologetics.

Sometimes we reached one another, fumbling, by fluke, like desperate field radio operators. For a few blissful seconds, the broadcast was crisp and clear. Just as quickly, however, it reverted to the fuzzy, semantically indeterminate static of our linguistic shortcomings.

Yet this was enough. Enough to fuel our persistent desire to understand one another. We were young. Quick, resourceful, accustomed to working shit out for ourselves by grace of parental neglect, that same neglect which left us almost entirely unsupervised with nothing to do save complete our chores and learn one another for a few weeks. We seized the opportunity.

It took us a full day to develop our own language: a principally nonverbal patois of hand gestures, eye movements, short faltering sentences. It lacked elegance but enabled us to communicate.

We ate. We cleaned up.

Sat on a wall in the evening sun, smoking illicit cigarettes.

“It’s good here, with our cigarettes. Really. Tranquil. It’s cool to be with you. Very cool.”

Cigarettes was a good word, a magic one, magic like Zizou, identifiable no matter which of the three languages was being spoken. We found others. Pizza. Idea. Music. Each one was to us a treasure, and each treasure we found gave us greater zeal for the hunt. We took more chances. Racism. Theory. Logarithm. Catastrophic. Intelligence. Ocean. Politics. These treasures allowed us to express our feelings and opinions, albeit rudimentarily. We could not plumb the depths of any subject, but we began to realise we shared a great many opinions; we began to realise what an enjoyable thing it was to be heard, to have someone listen carefully to your every word; we began to realise this shared pleasure was slowly fusing us together, despite the many faux pas we made.

By late evening, we had failed so often at self-expression we had lost the stifling adolescent fear of embarrassment and inadequacy. Shame, the go-to language of our respective parents, was abandoned; we no longer expected our mistakes to be repaid, with interest, in scorn or anger or violence.

Thus unshackled, we began saying the hard things more freely. Slowly and clearly in the language we shared, then in our mother tongues, finally resorting to guessing what some of the key words might be in the other person’s language, filling in any remaining blanks with mime.

Night fell. We cleaned, put my baby sister to bed, waited for the older of my younger siblings to complete their homework and ensconce themselves in front of the television. We drank the small remains of a bottle of wine my father, who drank steadily and surreptitiously throughout the day, wouldn’t even remember opening before he staggered out the back door hours earlier. We did not touch the glass of vodka and orange I found behind the toaster. It was too strong, too full, no good for anyone. The Boy showed no surprise. He poured it wordlessly down the sink then offered, after a long silence, “My father is like yours.”

Irrespective of language, I could tell when someone was judging me, my family. He wasn’t. These were not words of condolence or disdain; they were empirical, simple, an observation of something about which we both had profound and involved knowledge, like Zizou.

No reply came to me, not even in English. I touched his hand. He smiled his thanks.

A glass each. We finished it very slowly. We weren’t like our fathers; we drank it to discover, to understand, to enlarge our reality rather than blot it out; as a reward for fulfilling our obligations rather than to forget they existed.

The Boy went upstairs to wash up. I followed a few minutes later. I passed his room. The door was ajar.

“Goodnight,” I said in French, our linguistic middle ground.

Grasping each word expended a great deal of my mental energy. There was precious little left for any conventional charade of resistance.

I tried nonetheless, figuring this old-fashioned paradigm was international. I said no, once, quietly and without conviction.

“Come. Sit here,” he said, patting the spot beside him.

I said it again, with a smile. It meant, “Sounds good.”

He added something, still in French. I understood most of it. He … didn’t want to … wasn’t going to … wouldn’t? The negative conflicted with the softness of his facial expression, with his gentle tone.

He said it one last time, this time in his native language, pronouncing each letter of each word so clearly I could see the words written in the air in front of his face. It was exactly that, thin air, just beyond my grasp. I made the hopeless face we used to request clarity when we were utterly tired of non capisco, j’comprends pas.

He thought for a moment, then his eyes lit up with inspiration.

He bared his teeth at me, parting them wolflike, then clacking them abruptly closed. He smiled, consciously widening his bright eyes, then creasing them at the corners to ensure I understood this was a non-threatening pantomime.

I raised an eyebrow. It meant, “Really?”

We laughed. I sat. He bit me. Hard. Sank his pointed canines into the bare muscle of my upper arm, bit me again, and again, slowly and more gently each time, all the way up my neck until, by the time he reached my mouth, the bite had become a long, soft, slow kiss. He tasted of salt, smelt of heat and strength.

He spoke quietly, gently: a constant stream of unfamiliar words, words my skin learnt, in an ancient language it had perhaps known in a time before memory began, when I was very young, small enough for people to hold me, fuss over me, wipe my tears, tickle my feet. Small enough for someone to believe the things he was telling me now: that I was so beautiful, so soft, so perfect.

He spoke and touched me with such reverential sincerity, I realised that the body against mine, the arms around me, caressing me, undressing me, belonged to someone in whose mind I was magic, magic like Zizou, magic enough for love, love in three languages. I realised that they belonged to me, as mine to him, that we had fallen in love: and we made love, love in three languages, both of us for the first time, yet neither of us showing hesitation or inhibition, nothing but tender passion, saying only one thing. 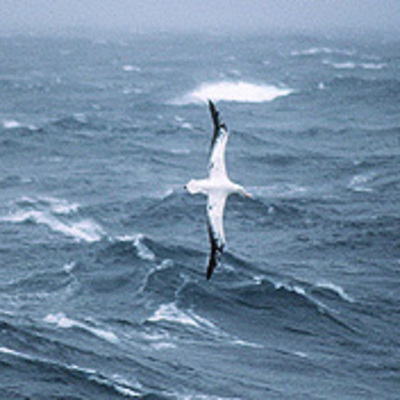 I absolutely am enamored with this story! I thought you did a great job of capturing the love the main character feels while also addressing the complicated aspects of their relationships with their parents. This story felt like a first love story and I think that I enjoyed it more because the main character analyzed the way the world sees her and her femininity before diving into her relationship. Thank you for writing this story and congratulations on getting short listed.

Hi Amanda! Thank you so much for taking the time to share such kind words of encouragement, they really mean a lot! Happy writing :) Sorcha