Find the perfect designer for your book ➔

Written by the Reedsy Team 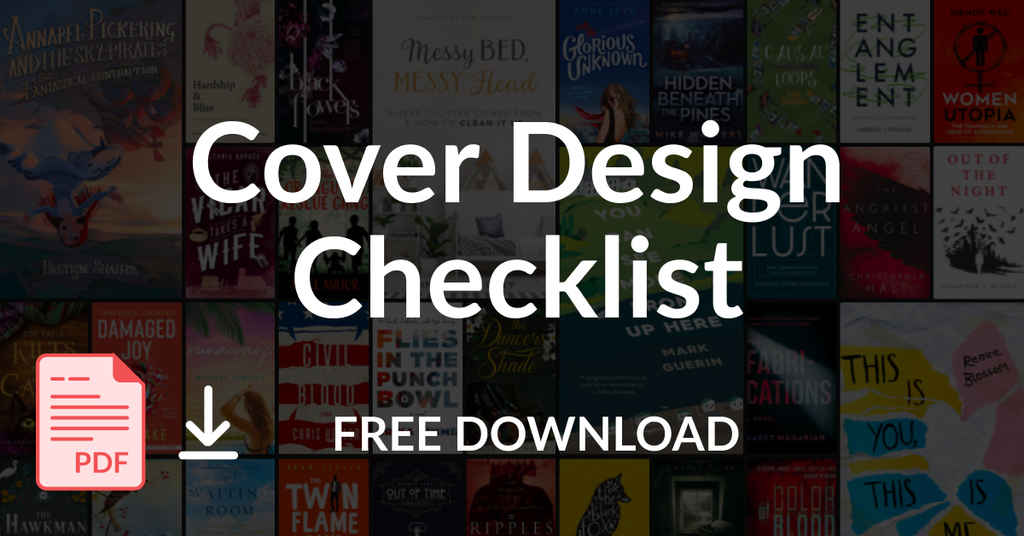 Create a cover that ticks all the boxes

Use this checklist to design a cover that belongs on the bestsellers shelf.

Self-publishing is often about pushing the boundaries, and this is what today’s interview is all about. The Perfect Capital by Karen Healey Wallace isn’t just any self-published book, it is one whose design is ingrained into its very being, both through the story it tells and through its sophisticated layout and typography.

The Perfect Capital has truly broken new ground and was nominated for Best British Book Award Shortlist and Best Editorial Design Award Shortlist 2014. We  spoke to Karen about the inspiration behind the book, it’s design, and typographer Eric Gill’s role in the story. For those who love video, just hit play. If you prefer images with an edited text, feast your eyes on the text and words below. 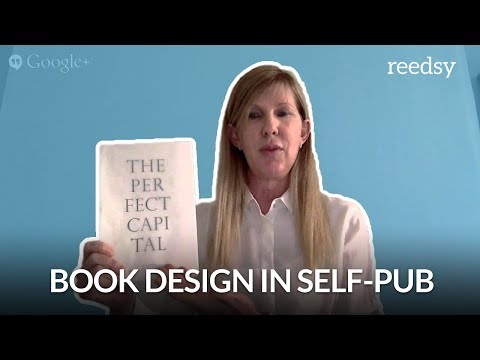 “Book production in the hands of writers should create books nobody’s done, nobody’s even dreamed of. Because they come unimpeded out of your imagination.” Karen Healey Wallace

Welcome Karen it’s great to have you with us, to start with, can you please tell me a little more about you concept of book creation in the hands of authors

Hi! Well it does seem illogical to me that books in the hands of authors aren’t the best books on the market. There was an age when ‘vanity publishing’, as they called it then, was the high-end of the market and the idea that an author can see their book through exactly the way they wanted it, should produce the most beautiful books. So it seems to me a strange anomaly that a lot of self-publishing now seems rubbish - lots of Print-On-Demand books, often with typographical errors etc - but it doesn’t need to be that way and it shouldn’t be! So I hope that The Perfect Capital is a pathfinder for more books like this.

Please show us what the book looks like! It’s quite an object…

Well to start with, here’s the spine - the spine title has replaced the collator’s marks which was probably one of the bravest things I did because you can’t actually see the title at all. I made the executive decision that people don’t make book choices from 15 feet away, they usually walk right up to it and see whether they want it.

A brief background around how this thing came into being: The Perfect Capital is a piece of literary fiction. It’s about one woman’s quest to find the perfect letter form of the typographer Eric Gill (1882-1940). So the story weaves in that character’s artistic discoveries, which looks at Eric Gill’s real-life inscriptions in London. This is woven into the other side of the story line where an old-fashioned character (Maud) falls in with the most imperfect man (Edward). The fiction and narrative is based in Gill himself: I took the perfect artist and put him in one character; and then I put the other part of Gill as a highly imperfect man into another character.

That was originally where I was going to leave it… What I didn’t realise was going to happen was put perfectly by Beatrice Ward who said that “Either the whole man [Gill] comes up, or else the tweezers slip”. It was everything or nothing. I absolutely experienced that in my relationship, so I found myself unable to pick and choose. I was writing the design brief for the book and the book when I knew I was going to be self-publishing it, the book literally appeared fully formed in my head. Whilst I did need to find a designer and a printer, I actually never needed to submit that brief because I knew exactly what I wanted, I just needed to find the people to make it happen.

Talk us through the thought process of making the book

The nice thing is that although I ended up making something special, I never decided to make something special: I didn’t sit down and say “this is going to be a really beautiful book”. My only decision was to make a book that was absolutely right for my story. The perfect book in my mind isn’t just an advertisement for the story that’s inside it, it actually tells the story from the moment you pick it up.

Because I didn’t know what I was doing, I was in the lovely position to make the book that I chose to make, rather than make the book that convention or machinery would allow. It’s having the idea and saying “how can I make this work” rather than knowing how things work and limiting your ideas to that. I knew that I wanted a type-only book that fit with my story. The book is of course in paper and not in stone, but it has a feeling of stone. It’s very simple and feels like an art book and obviously the story is about an artist inside. It seems to me you decided to create an object that was physical and therefore not distributable initially on other formats. What was the reason for that decision?

Well I went through all the possible channels. I looked at Wattpad and all the different online forums. I considered putting it online chapter-by-chapter, I thought about e-book only on Amazon. I explored the easy options first, because I didn’t really want to get into the expense and the difficulty and the rigour of producing pallets of physical books to go in physical bookshops.

The reason I ended up doing that is that I wrote a piece of literary fiction and the kind of person looking for it wouldn’t have been on any of those forums. If I’d written romance, or crime that would have been different, but mine was literary fiction and by the very nature of it is a more subtle and complex beast.

Show us one or two of the specific designs inside

Eric Gill wrote An Essay on Typography and one thing about Gill is that he was very unsentimental. He had one main view which was that books are meant to be read. Everything to do with his designs are to help a reader read the book. The type-only cover is right for The Perfect Capital because it has a letter-cutter as its main character.

It’s interesting that there are those of us who believe in the power of the written word and talk about it all the time. And yet when it comes to selling books, people just bung a picture on it. What’s the logic in that? That’s just supporting the thought that a picture is worth a thousand words. Surely the book industry should be saying that a well-chosen word or a well-chosen combination of words is worth 15 million pixels. Sometimes I look at a shelf of books in a bookshop and it looks like a shelf of DVDs.

I think that at a time when physical books are perhaps threatened or certainly have a lot more competition, physical books need to behave more like books and less like other forms of entertainment.

Gill said “The title of a book is merely the thing to know it by”. When you open the book, you’re straight into the story. The usual publishing page - which at the end of the day is just an advertisement and has nothing to do with the story - I’ve put at the end of the book. That’s not my idea, it’s Gill’s idea.

The thing that people comment on the most are the inside margins and again all came from An Essay on Typography. Gill just used logic: a book is designed to be read and a book is held in a human hand. His point of the margins is two-fold. Firstly, you need to separate the text from the rest of the world. The margins of the book are like dimming the lights in a cinema. You need to take your reader into the text. It’s the stillness of literature that every author tries to create, so they can lead the reader into another world. Design can really help that.

You also see this ragged right margin. Gill believed very strongly that for extended text, the actual words themselves need to be evenly spaced. When you have a normal justified margin, the words are not evenly spaced.

Then, of course, The Perfect Capital uses his Joanna typeface, which he developed specifically for extended text. The capital letters are often smaller than the ascenders of the small letters, which brings an evenness of color to the page.

Thanks Karen! It’s such an inspiring example for all our readers and a great example of self-published book design.

Click on the following links to learn more about typography and book layout design on Reedsy's design marketplace!

We are big believers in the value of talented professional designers. We’re sure you are too! So here’s an exclusive offer: get 10% off any design quotes through Reedsy! Just sign up to Reedsy using this link before Monday 25 May and submit a cover design request to any of our freelancers; then drop us a line at service@reedsy.com to claim your discount!

It is hard nowadays to not judge a book by its cover.

"You need to get rid of all the distractions and just take your reader into the text." I love that quote. This book is the perfect love letter to a designer like Gill. Maybe I missed it in the article, but where did Karen get this printed and bound? I'd love to know more details about the expense because this is something I'd love to do myself.

Yes I love that quote too, Michael. The most striking thing about the design is how immediately absorbing it makes the text. The book was printed and bound at Smith Settle book binding. I'm sure if you contacted Karen via her website she would gladly provide more details. http://karenhealeywallace.com/

Exquisite. The fine art of 'bookness.' That should be a word. Well-done you.

Whether you fancy a randomly generated fantasy map as your muse, or designing a map from scratch, there's sure to be something here for you!

Discover five of the best book template resources that indie authors can use — and learn why using them isn't always the greatest idea.

10 Brilliant Fonts for Your Book Layout

Choosing a font is an essential part of making your book look professional, but there are just to many to choose from. We're giving you somewhere to start with our list of 10 brilliant fonts that you can use in your book layout.

Looking for the best places to find book cover pictures that won't break the bank? We've got you covered, with our hand-picked list of 20 sites with royalty-free stock images you can incorporate into an amazing book cover. 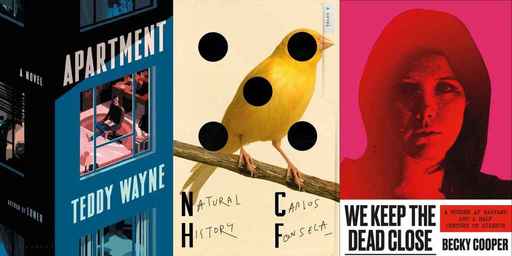 To cap this eventful year, we've put together a list of the best book covers of 2020. There's something for everyone, from fiction to non-fiction! 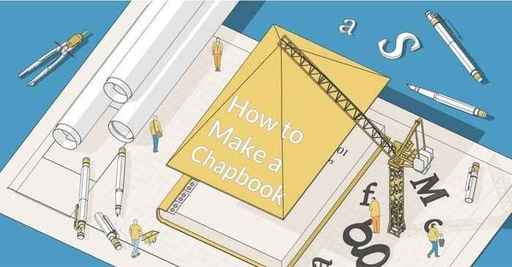 How to Make a Chapbook in 4 No-Nonsense Steps

Check out our 4-step approach on how to make a chapbook, from polishing your verse to creating a DIY chapbook from scratch.

Create a cover that ticks all the boxes

Use this checklist to design a cover that belongs on the bestsellers shelf.